183.75
-2.13 (-1.15%)
Upgrade to Real-Time
Regular Market
183.75
Additional Proxy Soliciting Materials (definitive) (defa14a)
May 23 2022 - 03:10PM
Edgar (US Regulatory)
UNITED STATES
SECURITIES AND EXCHANGE COMMISSION
Washington, D.C. 20549
SCHEDULE 14A
Proxy Statement Pursuant to Section 14(a) of the
Securities Exchange Act of 1934
Filed by the Registrant ☒                             Filed by a Party other than the Registrant ☐
Check the appropriate box:
NETFLIX, INC.
(Name of Registrant as Specified In Its Charter)
(Name of Person(s) Filing Proxy Statement, if other than the Registrant)
Payment of Filing Fee (Check the appropriate box)
PROXY STATEMENT SUPPLEMENT FOR THE 2022 ANNUAL MEETING OF STOCKHOLDERS
This Proxy Statement Supplement (the “Supplement”) amends and supplements the definitive proxy statement of Netflix, Inc. (the “Company”), filed with the Securities and Exchange Commission (the “SEC”) on April 22, 2022 (the “Proxy Statement”) for the Company’s 2022 Annual Meeting of Stockholders to be held on June 2, 2022 (the “Annual Meeting”). This Supplement is being filed with the SEC and made available to stockholders on or about May 23, 2022.
This Supplement corrects the effect of broker non-votes on Proposals Two, Three, and Four, and clarifies that nominees have discretionary voting power for Proposal Five. The Proxy Statement stated that broker non-votes would not affect the outcome of voting on Proposals One through Eight. However, the required vote to approve Proposals Two, Three and Four is the affirmative vote of the holders of 66 2/3% of the voting power of the shares of voting stock entitled to vote generally in the election of directors, voting together as a single class. Accordingly, a “broker non-vote” has the same effect as a vote against Proposals Two, Three and Four.

The Company hereby revises paragraphs four and five of the section entitled, “Voting and Solicitation” in the Proxy Statement to read in its entirety as follows:

If you have already voted, you do not need to take any action unless you wish to change your vote. This Supplement does not change the proposals to be acted upon at the Annual Meeting, which are described in the Proxy Statement. 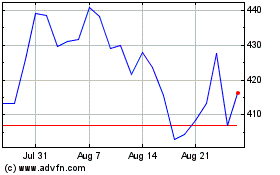 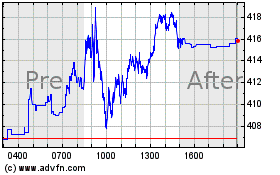