of The Securities Exchange Act of 1934

On April 15, 2021, News Corporation (the “Company”) issued $1,000,000,000 aggregate principal amount of 3.875% senior notes (the “Notes”) in a private placement transaction (the “Notes Offering”). The Notes were sold to persons reasonably believed to be qualified institutional buyers in accordance with Rule 144A under the Securities Act of 1933, as amended (the “Securities Act”), and in offshore transactions to non-U.S. persons under Regulation S of the Securities Act. As previously announced, the Company is using the net proceeds from the offering for general corporate purposes, which may include acquisitions and working capital.

The Notes were issued pursuant to an indenture (the “Indenture”) between the Company and U.S. Bank National Association, as trustee (the “Trustee”). The Notes will mature on May 15, 2029. Interest is payable in cash semi-annually on May 15 and November 15 of each year, beginning on November 15, 2021.

The Company may redeem some or all of the Notes at any time prior to May 15, 2024 at a redemption price equal to 100% of the aggregate principal amount of the Notes to be redeemed plus a “make-whole” premium and accrued and unpaid interest.

On or after May 15, 2024, the Company may redeem some or all of the Notes at the redemption prices set forth in the Indenture plus accrued and unpaid interest thereon, if any, to, but not including, the applicable redemption date.

The Indenture contains covenants that, among other things and subject to certain exceptions, (i) limit the Company’s ability and the ability of its subsidiaries to incur any liens securing indebtedness for borrowed money and (ii) limit the Company’s ability to consolidate or merge with or into another person or sell or otherwise dispose of all or substantially all of the assets of the Company and its subsidiaries (taken as a whole). In the event of a change of control triggering event, the Company is required to make an offer to purchase the Notes at a price equal to 101% of the principal amount thereof plus any accrued and unpaid interest to, but excluding, the date of repurchase.

The Indenture also contains customary events of default, including, but not limited to, (1) failure to make required payments, (2) failure to comply with certain covenants, (3) failure to pay certain other indebtedness, (4) failure to pay certain judgments and (5) certain events of bankruptcy and insolvency. An event of default under the Indenture allows either the Trustee or the holders of at least 30% in aggregate principal amount of the Notes then outstanding, as applicable, to accelerate the amounts due under the Notes, or in the case of a bankruptcy or insolvency, will automatically cause the acceleration of the amounts due under the Notes.

Item 2.03 Creation of a Direct Financial Obligation or an Obligation under an Off-Balance Sheet Arrangement of a Registrant.

The information contained under Item 1.01 above is hereby incorporated by reference in its entirety into this Item 2.03. 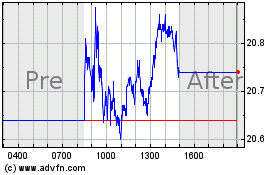