In vitro study results demonstrate that PD-L1 is induced by P. gingivalis and can be blocked by atuzaginstat

Atuzaginstat ready to begin a Phase 2 trial for expansion into high-risk OPMD indication; IND submission expected in the first half of 2022

“The infectious bacterium P. gingivalis and its secreted virulence factor proteases, gingipains, may promote the progression of high-risk oral potentially malignant disorders to oral/head and neck cancer and are associated with reduced overall survival rates in O/HNSCC,” said Chris Lowe, Cortexyme’s interim chief executive officer. “Based upon the mechanism of action and non-clinical evidence demonstrating the benefits of atuzaginstat in reducing P. gingivalis-driven tumor growth and pathway activation, as well as PD-L1 expression, Cortexyme sees an opportunity to apply our expertise in gingipain inhibition where P. gingivalis infection plays a central role in disease progression. We look forward to strategically advancing the development of atuzaginstat for the potential treatment of high-risk OPMDs through both internal and external development opportunities.”

Cortexyme is finalizing a Phase 2 trial design for its lysine gingipain inhibitor, atuzaginstat (COR388), as a potential new indication to prevent the development of O/HNSCC. The company has completed a pre-IND (Investigational New Drug application) meeting with U.S. Food and Drug Administration (FDA) and plans to submit an IND to the Division of Oncology 2 in the first half of 2022.

A Role for P. gingivalis in OMPDs

The evidence supporting the development of a gingipain inhibitor for the potential treatment of OMPDs includes the following peer-reviewed publications and proprietary preclinical research:

Merrill Biel, MD, PhD, Cortexyme’s oncology advisory board chair and a leading expert in O/HNSCC and adjunct professor of Otolaryngology at the University of Minnesota, commented, “Nearly all cases of O/HNSCC are preceded by asymptomatic high-risk OPMDs. At the present time, there are no FDA-approved treatments for high-risk OPMDs. Present treatment consists of clinical observation or surgical resection. Both are associated with high rates of recurrence and surgery can involve significant morbidity, including difficulty speaking, swallowing, and chewing. There is an urgent need for an effective, targeted, non-invasive modality for treating P. gingivalis-positive, high-risk OPMD lesions that will reduce the incidence of malignant transformation of OPMDs to invasive oral squamous cell carcinoma without the limiting side effects associated with surgery. I am excited and encouraged by the growing evidence that supports the potential of atuzaginstat for the treatment of P. gingivalis-positive, high-risk OPMDs. In addition, for the first time there is the possibility for a medical treatment to reduce the incidence of O/HNSCC.”

Cortexyme, Inc. (Nasdaq: CRTX) is a clinical stage biopharmaceutical company pioneering upstream therapeutic approaches designed to improve the lives of patients diagnosed with degenerative diseases, including Alzheimer’s disease, periodontitis, and oral potentially malignant disorders, among others. Cortexyme’s innovative approach targets a specific, infectious pathogen called P. gingivalis found in the brain of Alzheimer’s patients and other organs and tied to degeneration and inflammation in humans and animal models. The company’s causation evidence for Alzheimer’s disease and the mechanism of its novel therapeutic has been independently replicated and confirmed by multiple laboratories around the world, as well as published in peer-reviewed scientific journals. To learn more about Cortexyme, visit or follow @Cortexyme on Twitter.

Statements in this news release contain “forward-looking statements” that are subject to substantial risks and uncertainties. Forward-looking statements contained in this news release may be identified by the use of words such as “can,” expect,” “plans,” “will,” “may,” “potential,” “demonstrate,” “promote, “ “opportunity,” “confirmed” or other similar words. Examples of forward-looking statements include, among others, the strategic development path for atuzaginstat; its business plans, internal and external development of the pipeline, strategy, planned FDA submissions and clinical trials and timeline, prospects, and milestone expectations; the timing and success of the company’s clinical trials and related data, including plans and the ability to initiate, conduct and/or complete current and additional studies; the potential of atuzaginstat to treat Alzheimer’s disease and other indications including oral potentially malignant disorders (OPMDs), including oral/head and neck squamous cell cancer (O/HNSCC), high-risk oral pre-malignant dysplasia (PmD), proliferative verrucous leukoplakia (PVL), and carcinoma-in-situ (CIS); the timing of announcements and updates relating to its clinical trials and related data; the potential therapeutic benefits, safety and efficacy of the company’s product candidate or library of compounds; and statements about its ability to obtain, and the timing relating to, further development of atuzaginstat and other programs or indications, regulatory submissions and interactions with regulators, and related response and decisions, and approvals with respect to the company’s drug product candidate. Forward-looking statements are based on Cortexyme’s current expectations and are subject to inherent uncertainties, risks, and assumptions that are difficult to predict and could cause actual results to differ materially from what the company expects. Further, certain forward-looking statements are based on assumptions as to future events that may not prove to be accurate. Factors that could cause actual results to differ include, but are not limited to, the risks and uncertainties described in the section titled “Risk Factors” in Cortexyme’s Annual Report on Form 10-K filed with the Securities and Exchange Commission (SEC) on March 1, 2022, its Quarterly Report on Form 10-Q filed with the SEC on October 29, 2021, and other reports as filed with the SEC. Forward-looking statements contained in this news release are made as of this date, and Cortexyme undertakes no duty to update such information except as required under applicable law. 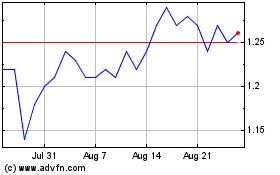 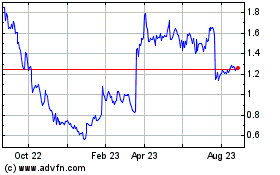 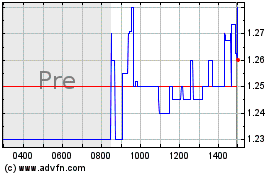