WASHINGTON -- President Biden called for a bipartisan push to strengthen the U.S. semiconductor industry during a meeting with auto and tech executives that he used to pitch his $2.3 trillion infrastructure proposal.

"I've been saying for some time now, China and the rest of the world is not waiting," Mr. Biden said Monday afternoon. "And there's no reason why Americans should wait. We're investing aggressively in areas like semiconductors and batteries; that's what they're doing and others, so must we."

Mr. Biden spoke during a meeting between top administration officials and senior executives of Ford Motor Co., General Motors Co., Intel Corp., Alphabet Inc. and others to address the global chip shortage that has led to production slowdowns with auto manufacturing and other industries. The executives appeared via video.

Chips are used across an array of industries -- in autos, software is used to control everything from brakes to air bags -- and supply has dwindled with growing demand for products as Covid-19 has shifted work and entertainment habits.

Mr. Biden's $2.3 trillion infrastructure proposal includes $50 billion for the American semiconductor industry, whose lobbying efforts have gained momentum amid the shortage and fears that China might be overtaking the U.S. in a critical technology. The president said semiconductors, along with things like expanding broadband, are critical infrastructure.

The semiconductor money in Mr. Biden's proposal would go toward building factories and research and design and has bipartisan support. The overall infrastructure package has drawn GOP opposition for its cost and because it would be funded through higher taxes on companies.

The U.S. has lost ground on semiconductors to other countries, such as Japan, South Korea, Taiwan and China. The Semiconductor Industry Association said the U.S. share of global semiconductor manufacturing has fallen to 12% today from 37% in 1990, primarily because of government subsidies to global competitors that make it harder to attract new construction in the U.S.

Write to Alex Leary at alex.leary@wsj.com 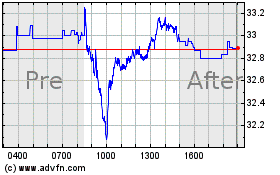