LG, part of a Korean conglomerate, is one of the largest makers of batteries for electric vehicles.

GM and LG said construction on the roughly 2.8 million square-foot facility in Tennessee will begin soon, with its opening slated for late 2023. It will supply battery cells to GM's Spring Hill assembly plant.

Governments are ratcheting up regulatory pressure on auto makers to reduce the greenhouse gases emitted by their products, while incentivizing consumers to buy electrified vehicles with rebates and tax credits. The Biden administration aims to accelerate a transition toward electric vehicles in the U.S., and has proposed $174 billion to help spur their uptake as part of the president's infrastructure package.

Growth projected for electric-vehicle sales requires a massive expansion in battery-making capacity, and analysts say shortages may disrupt some auto makers' plans over the next few years. Some car companies like GM and Volkswagen, which plans to build six battery factories in Europe by decade's end, have begun investing directly in battery production in order to secure a steady supply.

GM, the largest U.S. auto maker by sales, in January said it aspired to hit a 2035 target date for phasing out gasoline- and diesel-powered vehicles from its showrooms around the world.

The Detroit auto maker and LG formed Ultium in 2019 to mass produce battery cells, and announced the joint venture would build a first factory close to an assembly plant in Lordstown, Ohio, that GM sold to an electric-vehicle startup in 2019. The companies on Friday said construction at the site in Ohio is under way.

Colin Kellaher contributed to this article.

Write to Ben Foldy at Ben.Foldy@wsj.com 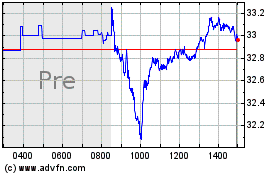