of THE SECURITIES EXCHANGE ACT OF 1934

(Exact Name of Registrant as Specified in Charter)

Check the appropriate box below if the Form 8-K filing is intended to simultaneously satisfy the filing obligation of the registrant under any of the following provisions (see General Instruction A.2. below):

The Revolving Credit Agreement provides for a $3.9 billion multi-currency revolving facility, with sub-limits for non-dollar borrowings and letters of credit and with a swingline facility available on a same-day basis. The Revolving Credit Agreement includes an option for the Company to propose an increase in the aggregate amount available for borrowing by up to $1.0 billion, subject to the consent of the lenders funding the increase and certain other conditions. Amounts borrowed under the Revolving Credit Agreement may be prepaid at any time without premium or penalty, and borrowings thereunder bear interest at term SOFR or a base rate, at the Company’s option, plus an applicable ratings-based margin ranging from 0.875% to 1.500% on term SOFR loans plus a credit spread adjustment of 10 basis points, and from 0.000% to 0.500% for base rate loans, based on a ratings-based pricing grid.

The amounts available under the Revolving Credit Agreement are available to the Company to use for working capital and general corporate purposes including, but not limited to, acting as a backstop to the amounts issued under the Company’s commercial paper program.

In connection with the pending acquisition (the “Black Knight Acquisition”) by the Company of Black Knight, Inc., a Delaware corporation (“Black Knight”), pursuant to the terms and subject to the conditions set forth in the Agreement and Plan of Merger, dated as of May 4, 2022, among the Company, Sand Merger Sub Corporation, a Delaware corporation and wholly owned subsidiary of the Company, and Black Knight, which was previously disclosed in a Current Report on Form 8-K filed by the Company with the Securities and Exchange Commission (the “SEC”) on May 6, 2022, the Company, on May 25, 2022, entered into a new delayed draw term loan facility in the aggregate principal amount of $2.4 billion (the “Term Loan Facility”), pursuant to a term loan credit agreement (the “Term Loan

Credit Agreement”) with Wells Fargo Bank, National Association, as administrative agent, and the lenders party thereto. The proceeds of the loans to be extended under the Term Loan Facility are expected to be used (i) to (A) finance a portion of the cash purchase price for the Black Knight Acquisition, (B) refinance all or a portion of the existing indebtedness of Black Knight and its subsidiaries and/or (C) pay fees, costs, commissions and expenses in connection with the Black Knight Acquisition and related transactions and (ii) to provide for working capital and other general corporate purposes. The Term Loan Facility will have no required amortization and will mature on the date that is 24 months after the funding date thereunder.

Item 2.03 Creation of a Direct Financial Obligation or an Obligation under an Off-Balance Sheet Arrangement of a Registrant.

The disclosure in Item 1.01 of this Current Report is incorporated by reference under this Item 2.03.

This communication contains “forward-looking statements” within the meaning of Section 27A of the Securities Act of 1933, as amended, and Rule 175 promulgated thereunder, and Section 21E of the Securities Exchange Act of 1934, as amended, and Rule 3b-6 promulgated thereunder, which involve inherent risks and uncertainties. Any statements about Black Knight’s or the Company’s plans, objectives, expectations, strategies, beliefs, or future performance or events constitute forward-looking statements. Such statements are identified as those that include words or phrases such as “believes,” “expects,” “anticipates,” “plans,” “trend,” “objective,” “continue,” or similar expressions or future or conditional verbs such as “will,” “would,” “should,” “could,” “might,” “may,” or similar expressions. Forward-looking statements involve known and unknown risks, uncertainties, assumptions, estimates, and other important factors that change over time and could cause actual results to differ materially from any results, performance, or events expressed or implied by such forward-looking statements. Such forward-looking statements include but are not limited to statements about the benefits of the proposed acquisition of Black Knight by the Company (the “Transaction”), including future financial and operating results, Black Knight’s or the Company’s plans, objectives, expectations and intentions, the expected timing of completion of the Transaction, the expected form and timing of debt financing to fund the Transaction and other statements that are not historical facts.

These forward-looking statements are subject to risks and uncertainties that may cause actual results to differ materially from those projected. In addition to factors previously disclosed in Black Knight’s and the Company’s reports filed with the SEC and those identified elsewhere in this communication, the following factors, among others, could cause actual results to differ materially from forward-looking statements or historical performance: the occurrence of any event, change, or other circumstance that could give rise to the right of Black Knight or the Company to terminate the definitive merger agreement governing the terms and conditions of the Transaction; the outcome of any legal proceedings that may be instituted against Black Knight or the Company; the possibility that the Transaction does not close when expected or at all because required regulatory, stockholder, or other approvals and other conditions to closing are not received or satisfied on a timely basis or at all (and the risk that such approvals may result in the imposition of conditions that could adversely affect Black Knight or the Company or the expected benefits of the Transaction); the risk that the benefits from the Transaction may not be fully realized or may take longer to realize than expected, including as a result of changes in, or problems arising from, general economic, political and market conditions, interest and exchange rates, laws and regulations and their enforcement, and the degree of competition in the geographic and business areas in which Black Knight and the Company operate; the ability to promptly and effectively integrate the businesses of Black Knight with those of the Company; the possibility that the Transaction may be more expensive to complete than anticipated, including as a result of unexpected factors or events; reputational risk and potential adverse reactions of Black Knight’s or the Company’s customers, employees or other business partners, including those resulting from the announcement or completion of the Transaction; the diversion of management’s attention and time from ongoing business operations and opportunities on merger-related matters; the Company’s ability to complete the contemplated debt financing on a timely basis, on favorable terms or at all; and the impact of the global COVID-19 pandemic on Black Knight’s or the Company’s businesses, the ability to complete the Transaction or any of the other foregoing risks.

IMPORTANT ADDITIONAL INFORMATION AND WHERE TO FIND IT

INVESTORS AND SECURITY HOLDERS ARE URGED TO READ THE REGISTRATION STATEMENT ON FORM S-4 AND THE PROXY STATEMENT/PROSPECTUS INCLUDED WITHIN THE REGISTRATION STATEMENT ON FORM S-4 WHEN THEY BECOME AVAILABLE, AS WELL AS ANY OTHER RELEVANT DOCUMENTS FILED WITH THE SEC IN CONNECTION WITH THE TRANSACTION OR INCORPORATED BY REFERENCE INTO THE PROXY STATEMENT/PROSPECTUS, BECAUSE THEY WILL CONTAIN IMPORTANT INFORMATION REGARDING BLACK KNIGHT, THE COMPANY, THE TRANSACTION AND RELATED MATTERS.

PARTICIPANTS IN THE SOLICITATION

NO OFFER OR SOLICITATION 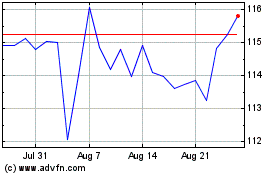 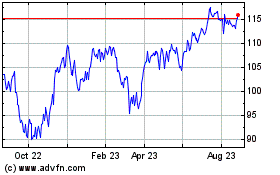 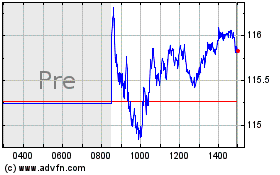