Athabasca Oil Corporation (TSX: ATH) (“Athabasca” or “the Company”) announces its 2021 budget that is focused on maintaining base production and maximizing funds flow. The Company also is pleased to announce that it has renewed its syndicated bank facility and has received an increase to its unsecured letter of credit facility backstopped by Export Development Canada.

Low Sustaining Capital. Athabasca is planning expenditures of $75 million focused on sustaining projects at Leismer along with routine maintenance activities at all properties. Capital will be allocated $70 million to Thermal Oil and the remainder to Light Oil.

Thermal Oil Activity. At Leismer, two infill wells at Pad L6 and an additional well pair at Pad L7 will be drilled in early 2021. These wells will support production in H2 2021 with payouts within one year at current commodity prices. The Company will progress readiness (long lead items, lease site and road construction, pipeline access) for a 5 well-pair sustaining pad (L8) with the option to initiate drilling during this winter season. The sanctioning of capital to drill these wells will be determined at a later date and will depend on the commodity price environment and available liquidity. Hangingstone will have no capital allocation other than routine pump replacements. The Hangingstone project is expected to continue its production ramp up in 2021 following the five month shut-in over the summer this year in response to unprecedented oil price volatility. Hangingstone’s current production is approximately 7,500 bbl/d.

Light Oil Activity. Minimal activities are planned with no new wells expected to be placed on-stream during the year. The assets continue to demonstrate top decile industry netbacks and will contribute significant cash flow to the Company. Future development opportunities are substantial, with approximately 150 well locations in Placid Montney and 700 well locations in Kaybob Duvernay. The land positions in these areas have minimal near term expiries and the capital program is flexible to adjust to commodity prices.

Ample Liquidity. The Company is well positioned to navigate the current challenging environment with estimated liquidity of approximately $170 million at year-end 2020 (excluding $150.9 million of restricted cash as at September 30, 2020).

Bank Facility Renewal. The Company’s banking syndicate has renewed the reserve-based facility until May 31, 2021. The credit facility remains unchanged at $39.9 million which reflects current outstanding letters of credit for long term transportation commitments and is secured by the Company’s restricted cash balances.

Increased Unsecured Letter of Credit Facility. The Company also increased its unsecured letter of credit facility with ATB Capital Markets by $10 million to $40 million which is supported by a performance security guarantee from Export Development Canada.

Long Term Debt. The Company has US$450 million in second lien debt with a maturity of February 24, 2022. The refinancing of Athabasca’s long term debt remains a key 2021 priority.

Athabasca protects a base level of capital activity through its risk management program. The hedge program targets up to 50% of corporate production.

The Company has secured ~7,200 bbl/d of Keystone pipeline capacity for a term of 20 years which is expected to commence service in 2021. This capacity diversifies Thermal Oil dilbit sales to the US Gulf Coast at pipeline costs that will allow the Company to further enhance its netback. Longer term, Athabasca has secured egress with capacity on both the TC Energy Keystone XL pipeline and the Trans Mountain Expansion Project.

Athabasca Oil Corporation is a Canadian energy company with a focused strategy on the development of thermal and light oil assets. Situated in Alberta’s Western Canadian Sedimentary Basin, the Company has amassed a significant land base of extensive, high quality resources. Athabasca’s common shares trade on the TSX under the symbol “ATH”. For more information, visit www.atha.com.

With respect to forward-looking information contained in this News Release, assumptions have been made regarding, among other things: commodity outlook; the regulatory framework in the jurisdictions in which the Company conducts business; the Company’s financial and operational flexibility; the Company’s capital expenditure outlook, financial sustainability and ability to access sources of funding; geological and engineering estimates in respect of Athabasca’s reserves and resources; and other matters.

Actual results could differ materially from those anticipated in this forward-looking information as a result of the risk factors set forth in the Company’s Annual Information Form (“AIF”) dated March 4, 2020 and Management Discussion & Analysis for the three and nine months ended September 30, 2020 dated November 4, 2020 (“MD&A”), each available on SEDAR at www.sedar.com, including, but not limited to: fluctuations in commodity prices, foreign exchange and interest rates; political and general economic, market and business conditions in Alberta, Canada, the United States and globally; changes to royalty regimes, environmental risks and hazards; the potential for management estimates and assumptions to be inaccurate; the dependence on Murphy as the operator of the Company’s Duvernay assets; the capital requirements of Athabasca’s projects and the ability to obtain financing; operational and business interruption risks, including those that may be related to the COVID-19 pandemic; failure by counterparties to make payments or perform their operational or other obligations to Athabasca in compliance with the terms of contractual arrangements; aboriginal claims; failure to obtain regulatory approvals or maintain compliance with regulatory requirements; uncertainties inherent in estimating quantities of reserves and resources; litigation risk; environmental risks and hazards; reliance on third party infrastructure; hedging risks; insurance risks; claims made in respect of Athabasca’s operations, properties or assets; risks related to Athabasca’s credit facilities and senior secured notes; and risks related to Athabasca’s common shares.

The risks and uncertainties referred to above are described in more detail in Athabasca’s most recent AIF, which is available on the Company’s SEDAR profile at www.sedar.com. Readers are cautioned that the foregoing list of risk factors should not be construed as exhaustive. The forward-looking information included in this News Release is expressly qualified by this cautionary statement and is made as of the date of this News Release. The Company does not undertake any obligation to publicly update or revise any forward-looking information except as required by applicable securities laws.

“BOEs" may be misleading, particularly if used in isolation. A BOE conversion ratio of six thousand cubic feet of natural gas to one barrel of oil equivalent (6 Mcf: 1 bbl) is based on an energy equivalency conversion method primarily applicable at the burner tip and does not represent a value equivalency at the wellhead. As the value ratio between natural gas and crude oil based on the current prices of natural gas and crude oil is significantly different from the energy equivalency of 6:1, utilizing a conversion on a 6:1 basis may be misleading as an indication of value. 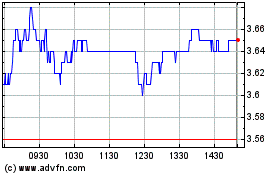