For the third quarter of fiscal 2022:

"Our performance for the third quarter of fiscal 2022 was in line with our expectations, despite the increasingly challenging economic context," stated Philippe Jetté, President and Chief Executive Officer of Cogeco Communications Inc.

"Our Canadian broadband services business unit, Cogeco Connexion, performed well during the quarter. The financial and operational performance was in line with expectations, while the number of customer additions reflected slower activity in the industry. We are also actively building new networks in collaboration with governments and a growing number of homes are being connected and offered Cogeco's services," said Mr. Jetté.

"In the United States, we had good revenue and adjusted EBITDA growth at Breezeline, despite the challenging economic environment and market softness which are impacting customer acquisitions," added Mr. Jetté. "The Breezeline team successfully rebranded its operations in Cleveland and Columbus, Ohio, as it transitioned the customer management system."

"We were also pleased to have been ranked among Corporate Knights' 2022 Best 50 Corporate Citizens in Canada for a fifth consecutive year. This highly regarded ranking recognizes Canadian companies that are setting the standard for sustainable growth leadership," concluded Mr. Jetté.

Cogeco Communications released its fiscal 2023 financial guidelines. On a constant currency basis, the Corporation expects fiscal 2023 revenue to grow between 2% and 4% and adjusted EBITDA between 1.5% and 3.5%. Net capital expenditures (1) should reach between $750 and $800 million, including net investments of approximately $180 to $230 million in network expansions which will increase the Corporation's footprint in Canada and the United States. As a result of these growth initiatives, free cash flow is expected to decrease between 2% and 12%. Excluding the fiscal 2023 network expansion projects, free cash flow on a constant currency and consolidated basis would otherwise be within a range encompassing a decrease of 5% to an increase of 5%.

While the impact of the COVID-19 pandemic on the Corporation is generally stabilizing, our priority remains on ensuring the well-being of our employees, customers and business partners. We have conducted our operations normally during the recent quarters and will remain vigilant should the situation change in the future.

The more recent global economic and political instability has resulted in rising inflation and, for certain purchased products, more scarcity and longer delivery lead times. While we are proactively working at minimizing the impact on the Corporation, we expect the combination of those elements to put pressure on revenue, as some customers seek ways to reduce their monthly spending, and on the costs to deliver our services.

The Corporation's results discussed herein may not be indicative of future operational trends and financial performance. Please refer to the "Forward-looking statements" section.

Certain statements contained in this press release may constitute forward-looking information within the meaning of securities laws. Forward-looking information may relate to Cogeco Communications Inc.'s ("Cogeco Communications" or the "Corporation") future outlook and anticipated events, business, operations, financial performance, financial condition or results and, in some cases, can be identified by terminology such as "may"; "will"; "should"; "expect"; "plan"; "anticipate"; "believe"; "intend"; "estimate"; "predict"; "potential"; "continue"; "foresee", "ensure" or other similar expressions concerning matters that are not historical facts. Particularly, statements regarding the Corporation's financial guidelines, future operating results and economic performance, objectives and strategies are forward-looking statements. These statements are based on certain factors and assumptions including expected growth, results of operations, purchase price allocation, tax rates, weighted average cost of capital, performance and business prospects and opportunities, which Cogeco Communications believes are reasonable as of the current date. Refer in particular to the "Corporate objectives and strategies" and "Fiscal 2022 financial guidelines" sections of the Corporation's 2021 annual MD&A and of the current MD&A, and the "Fiscal 2023 financial guidelines" section of the current MD&A for a discussion of certain key economic, market and operational assumptions we have made in preparing forward-looking statements. While management considers these assumptions to be reasonable based on information currently available to the Corporation, they may prove to be incorrect. Forward-looking information is also subject to certain factors, including risks and uncertainties that could cause actual results to differ materially from what Cogeco Communications currently expects. These factors include risks such as competitive risks, business risks (including potential disruption to our supply chain worsened by the increasing geopolitical instability resulting from the war in Ukraine and other contributing factors, increasing transportation lead times, scarcity of input materials and shortages of chipsets, semiconductors and key telecommunication equipment and competition for resources), regulatory risks, technology risks (including cybersecurity), financial risks (including variations in currency and interest rates), economic conditions (including elevated inflation reaching historical highs pressuring revenue, due to reduced consumer spending, and increasing costs), human-caused and natural threats to our network, infrastructure and systems, community acceptance risks, ethical behavior risks, ownership risks, litigation risks and public health crisis and emergencies such as the COVID-19 pandemic, many of which are beyond the Corporation's control. For more exhaustive information on these risks and uncertainties, the reader should refer to the "Uncertainties and main risk factors" sections of the Corporation's 2021 annual MD&A and of the current MD&A. These factors are not intended to represent a complete list of the factors that could affect Cogeco Communications and future events and results may vary significantly from what management currently foresees. The reader should not place undue importance on forward-looking information contained in this press release which represent Cogeco Communications' expectations as of the date of this press release (or as of the date they are otherwise stated to be made) and are subject to change after such date. While management may elect to do so, the Corporation is under no obligation (and expressly disclaims any such obligation) and does not undertake to update or alter this information at any particular time, whether as a result of new information, future events or otherwise, except as required by law.

All amounts are stated in Canadian dollars unless otherwise indicated. This press release should be read in conjunction with the Corporation's MD&A for the three and nine-month periods ended May 31, 2022, the Corporation's condensed interim consolidated financial statements and the notes thereto for the same periods prepared in accordance with International Financial Reporting Standards ("IFRS") and the Corporation's 2021 Annual Report.

This press release also makes reference to key performance indicators on a constant currency basis, including revenue, "adjusted EBITDA", "net capital expenditures" and "free cash flow". Measures on a constant currency basis are considered non-IFRS financial measures and do not have any standardized meaning prescribed by IFRS and therefore, may not be comparable to similar measures presented by other companies.

The reconciliation of free cash flow to the most directly comparable IFRS financial measure is as follows:

The reconciliation of net capital expenditures to the most directly comparable IFRS financial measure is as follows:

The calculation of capital intensity is as follows:

The reconciliation of net indebtedness to the most directly comparable IFRS financial measure is as follows:

Rooted in the communities it serves, Cogeco Communications Inc. (TSX: CCA) is a growing competitive force in the North American telecommunications sector with a legacy of 65 years. Through its business units Cogeco Connexion and Breezeline (formerly Atlantic Broadband), Cogeco Communications provides Internet, video and phone services to 1.6 million residential and business customers in Quebec and Ontario in Canada as well as in twelve states in the United States. To learn more about Cogeco Communications' growth strategy and its commitment to support its communities, promote inclusive growth and fight climate change, please visit us online at corpo.cogeco.com. 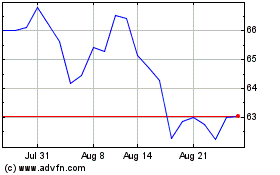 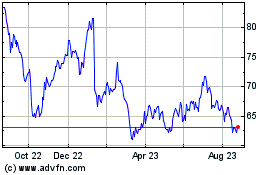 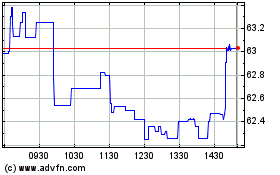