Bill Gates has given more than $5 billion worth of Canadian National Railway Co. stock to the Bill & Melinda Gates Foundation as part of the Microsoft Corp. co-founder's recent pledge to give another $20 billion to the foundation's endowment.

The foundation said it received a gift of more than 44.5 million Canadian National shares, and that it now owns more than 54.8 million shares, making it the largest shareholder in Canada's biggest railway with a 7.9% stake.

Based on Friday's price of $116.62 for U.S.-listed shares of Canadian National, the donation is worth nearly $5.2 billion.

Prior to the gift, Mr. Gates's Cascade Investment LLC was Canadian National's top shareholder, owning more than 54 million shares, or a 7.8% stake, as of May 24, according to data from FactSet.

The Gates foundation, led by Mr. Gates and his ex-wife, Melinda French Gates, earlier this month pledged to increase its annual payout by 50% over pre-pandemic levels, to $9 billion a year by 2026.

The $20 billion gift from Mr. Gates brings the foundation's endowment to around $70 billion. In addition to contributions topping $39 billion from Bill and Melinda Gates, the foundation has received more than $35 billion from billionaire Warren Buffett. 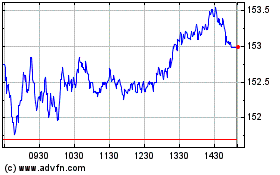