Crescent Point Energy Corp. has agreed to acquire the Kaybob Duvernay assets in Alberta, Canada, from a Royal Dutch Shell PLC subsidiary for $900 million in cash and stock.

Crescent Point plans to target a lower decline rate with the assets and longer-term production of about 30,000 barrels of oil equivalent per day.

The transaction is expected to close in April.

Crescent Point also said Wednesday it expects to generate excess cash flow for the year of about $375 million to $600 million. 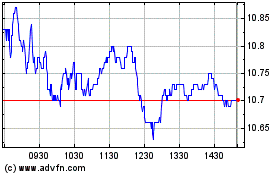