CALGARY, AB and LANSING, Mich., May 12, 2021 /PRNewswire/ - The Government of Canada and entities representing hundreds of thousands of businesses and workers from across the Great Lakes region in the United States and Canada demonstrated support for Enbridge's case in federal court over the Line 5 easement in the Straits of Mackinac by submitting friend of the court briefs.  Entities that submitted briefs include:

"This broad support underscores that efforts by the State of Michigan to shutdown Line 5 have far reaching and severe implications across the region and North America – well beyond Michigan's borders," said Vern Yu, Enbridge Executive Vice President and President Liquids Pipelines.

The friend of the court briefs echo Enbridge's response to the Michigan Attorney General's March filing requesting that the State's easement case be heard in State court.  Enbridge made clear in its response that this case belongs in federal court as any attempt to shut down Line 5 has serious ramifications for the Transit Pipelines Treaty of 1977 between Canada and the United States and raises substantial questions of federal law relating to interstate commerce and federal jurisdiction on pipeline safety issues.

In its brief, the Government of Canada writes, "a shutdown of Line 5 would cause certain, immediate and serious harm to several important public interests.  Economic prosperity and employment in Alberta and Saskatchewan would be harmed if a key part of their economies — hydrocarbon production — lost efficient and reliable access to its main markets. Central Canada and parts of the northern United States would lose relatively safe, efficient and reliable access to fuel that is essential to the Toronto and Detroit Airports, to businesses that employ thousands of people in Ontario, Quebec, Michigan, Ohio, and Pennsylvania, and to the propane supply on which many residents in Michigan rely for heating and cooking."

In a display of unity and strong partnership, the chambers of commerce of the Great Lakes region, along with Canada and the United States joined together voicing extreme concern about widespread, deep economic impacts a Line 5 shutdown would have on the intertwined state, interstate and international energy system.

"The proposed shutdown of Line 5 at the Straits of Mackinac would have a substantial negative impact to their member businesses, their employees, and residents of Canada and the United States, including those of Michigan, Ohio, and Wisconsin,  It would also endanger a key public-private partnership designed to enhance protections for the Great Lakes."

The friend of the court brief filed jointly by the North America's Building Trades Unions and the United Steelworkers of America, AFL-CIO underscores that workers on both sides of the international border will suffer the loss of jobs were Line 5 closed.  According to these Unions, "The operation and maintenance of Line 5 and its associated industrial facilities provides thousands of members of the Union with meaningful work and solid, middle class wages and benefits. Shutting down Line 5 would threaten these workers' financial security, both in the present economy and in the future. And it would thwart the ability of the construction industry in the affected areas to train the next generation of skilled crafts workers."

The brief filed on behalf of the Attorneys General of Ohio and Louisiana underscores that there are no viable alternatives that can transport most of the Line 5 product while also underscoring  the devastating economic impact of a forced closure of Line 5:  "Shutting down Line 5 will have enormous economic consequences—several billion dollars in losses—for Toledo, Ohio and beyond. And the industrial impact would be on a similar scale. A cessation of Line 5 will reduce the gas, diesel, and jet fuel supply in Michigan, Ohio, Pennsylvania, Ontario, and Quebec by 14.7 million gallons per day."

"Enbridge has a responsibility to the people of Michigan and the Great Lakes region, and will continue to operate Line 5 safely, reliably and affordably to fuel to the region's economies." said Yu.

Despite confirmation of Line 5's safety by PHMSA, its federal regulator, Enbridge has supported the idea of a Great Lakes Tunnel and is proceeding with its design and permit applications.  The tunnel would encase a replacement section of Line 5 at the Straits of Mackinac and be positioned well below the lakebed, eliminating the risk of any anchor strike and virtually eliminating the potential of any release from Line 5 into the Straits.  The Great Lakes Tunnel concept and the Mackinac Straits Corridor Authority enabling its oversight passed the Michigan legislature by overwhelming majorities in the House (74-34) and Senate (25-12) in December 2018.  Initial permits for the tunnel project were approved by the Michigan Department of Environment Great Lakes and Energy (EGLE) on January 29, 2021.

Forward-looking information, or forward-looking statements, have been included in this news release to provide information about Enbridge Inc. ("Enbridge" or the "Company") and its subsidiaries and affiliates, including management's assessment of Enbridge and its subsidiaries' future plans and operations. This information may not be appropriate for other purposes. Forward-looking statements are typically identified by words such as ''anticipate'', ''expect'', ''project'', ''estimate'', ''forecast'', ''plan'', ''intend'', ''target'', ''believe'', "likely" and similar words suggesting future outcomes or statements regarding an outlook. Forward-looking information or statements in this news release include statements with respect to the Line 5 dual pipelines, including the impact of any shutdown and the continued safe operations thereof, and the proposed Great Lakes Tunnel Project, and related litigation and government and regulatory actions.

Enbridge's forward-looking statements are subject to risks and uncertainties, including, but not limited to those risks and uncertainties discussed in this news release and in the Company's other filings with Canadian and United States securities regulators. The impact of any one risk, uncertainty or factor on a particular forward-looking statement is not determinable with certainty as these are interdependent and Enbridge's future course of action depends on management's assessment of all information available at the relevant time. Except to the extent required by applicable law, Enbridge assumes no obligation to publicly update or revise any forward-looking statements made in this news release or otherwise, whether as a result of new information, future events or otherwise. All subsequent forward-looking statements, whether written or oral, attributable to Enbridge or persons acting on the Company's behalf, are expressly qualified in their entirety by these cautionary statements.

Enbridge Inc. is a leading North American energy infrastructure company. We safely and reliably deliver the energy people need and want to fuel quality of life. Our core businesses include Liquids Pipelines, which transports approximately 25 percent of the crude oil produced in North America; Gas Transmission and Midstream, which transports approximately 20 percent of the natural gas consumed in the U.S.; Gas Distribution and Storage, which serves approximately 3.8 million retail customers in Ontario and Quebec; and Renewable Power Generation, which generates approximately 1,750 MW of net renewable power in North America and Europe. The Company's common shares trade on the Toronto and New York stock exchanges under the symbol ENB. For more information, visit www.enbridge.com. 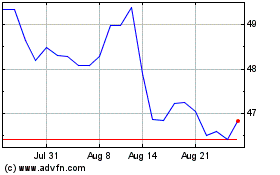 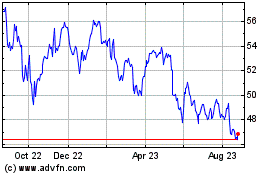 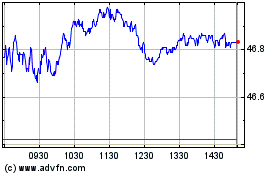