Hanwei Energy Services Corp. (TSX: HE) (“Hanwei” or the “Company”), today announced that it had completed and closed its agreement (as previously disclosed) to acquire certain oil and gas facilities, wells, and rights adjacent to its Entice Lands for a purchase price of $130,000.  The assets were purchased out of a receivership proceeding with associated fees of $360,000. The Company also assumed certain obligations related to the acquisition.

The Company’s Entice Lands have been shut in as an adjacent gas handling plant accommodating gas production from these wells remains closed. This acquisition of the above mentioned and additional Entice assets was undertaken to allow the Company to place its current wells within its Entice Lands back on production by way of additional improvements for gas disposal. The acquisition also includes two previously producing, existing shut-in wells to also be placed back on production.

The Company also announced effective today, the resignation of Mr. Malcolm Clay as a director and the chairman of the audit committee of the Company who is retiring and reducing his corporate involvements. The Company wishes to sincerely thank Mr. Clay for his contribution over the last ten years.

Mr. S. Randall Smallbone (CPA, CGA), an independent director of the Company from 2008 to 2018, has rejoined the Company effective today as an independent director and chairman of the audit committee (a position that he previously held with the Company from 2010 to 2018). Mr. Smallbone is an experienced corporate and NFP director with more than 35 years of operational experience in global manufacturing of consumer goods, contract manufacturing, automotive and aerospace parts.  Mr. Smallbone has significant experience in financial management, capital markets, acquisitions, and investor relations.

Hanwei Energy Services Corp.’s principal business operations are in two complementary key segments of the oil and gas industry as both an equipment supplier to the industry (as a manufacturer of high pressure, fiberglass reinforced plastic (“FRP”) pipe products serving energy customers in the global energy market) and as an oil and gas producer with properties in Alberta and joint venture interests in Manitoba. 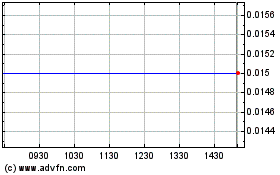