LONGUEUIL, QC, Aug. 7, 2020 /CNW Telbec/ - Héroux-Devtek Inc. (TSX: HRX) ("Héroux-Devtek" or the "Corporation"), a leading international manufacturer of aerospace products and the world's third-largest landing gear manufacturer, announces that, at the Annual Meeting of Shareholders of the Corporation held virtually on August 7, 2020, each of the eight nominees listed in the management proxy circular dated June 17, 2020 were elected as directors of the Corporation.

Based on the proxies received and the votes collected during the annual meeting, the following individuals were elected as directors of the Corporation until the next Annual Meeting of Shareholders or until their successors are elected or appointed. Accordingly, the voting results are set out below:

Furthermore, based on the proxies received and the votes collected during the Annual Meeting, Ernst & Young LLP, Chartered Professional Accountants, were appointed as independent auditors of the Corporation for the ensuing year. The report on the voting results will be filed today with the Canadian securities regulatory authorities at www.sedar.com

Héroux-Devtek Inc. (TSX: HRX) is an international company specializing in the design, development, manufacture, repair and overhaul of aircraft landing gear, hydraulic and electromechanical actuators, custom ball screws and fracture-critical components for the Aerospace market. The Corporation is the third-largest landing gear company worldwide, supplying both the commercial and defence sectors. Approximately 90% of the Corporation's sales are outside of Canada, including about 53% in the United States. The Corporation's head office is in Longueuil, Québec with facilities in Canada, the United States, the United Kingdom and Spain. 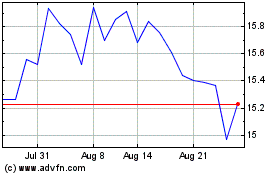 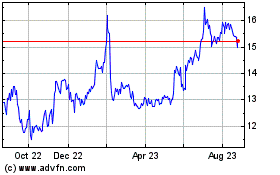 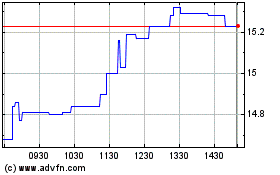