MONTREAL, April 14, 2021 /CNW Telbec/ - National Bank of Canada ("National Bank") today announced that it has entered into an agreement with a group of agents led by National Bank Financial Inc. for the issuance of $500 million of Limited Recourse Capital Notes, Series 2 (Non-Viability Contingent Capital (NVCC)) (Subordinated Indebtedness) (the "Notes").

National Bank may redeem the Notes during the period from July 15 to and including August 15, commencing in 2026 and every five years thereafter, only upon the redemption by National Bank of the Series 45 Preferred Shares held in the Limited Recourse Trust, in accordance with the terms of such shares and with the prior written approval of the Superintendent of Financial Institutions (Canada), in whole on not less than 15 nor more than 60 days' prior notice.

The net proceeds from the sale of the Notes will be added to National Bank's general funds and will be utilized for general banking purposes. It is expected that closing will take place on April 21, 2021. National Bank intends to file in Canada a prospectus supplement to its August 17, 2020 base shelf prospectus in respect of this issue.

Caution Regarding Forward-Looking Statements
This press release includes certain forward-looking statements. These statements are inherently subject to significant risks, uncertainties and changes in circumstances, many of which are beyond the control of National Bank. Except as required by law, National Bank does not undertake to update any forward-looking statements, whether written or oral, that may be made from time to time, by it or on its behalf. The forward-looking information contained in this press release is presented for the purpose of interpreting the information contained herein and may not be appropriate for other purposes.

About National Bank of Canada
With $344 billion in assets as at January 31, 2021, National Bank of Canada, together with its subsidiaries, forms one of Canada's leading integrated financial groups. National Bank has more than 26,000 employees in knowledge-intensive positions and has been recognized numerous times as a top employer and for its commitment to diversity. Its securities are listed on the Toronto Stock Exchange (TSX: NA). Follow National Bank's activities at nbc.ca or via social media such as Facebook, LinkedIn and Twitter. 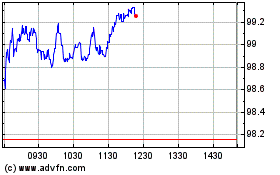