WASHINGTON -- The Army Corps of Engineers is rejecting the environmental plan for the massive Pebble Mine in Alaska, likely marking an end to one of the country's most controversial plans to extract gold and copper in a pristine wilderness.

The Pebble Mine called for excavating an open pit to mine hundreds of billions of dollars worth of minerals from under the Bristol Bay watershed in Alaska's southwest. It has drawn widespread opposition from locals and environmentalists, including some conservatives, for the risk it poses to some of the world's largest wild salmon populations.

The project would violate rules for disposing of "fill material," but didn't give further details, according to statement from Alaska District Commander Col. Damon Delarosa of the Army Corps of Engineers.

The corps "concluded that the proposed project is contrary to the public interest," the statement added.

For now, the decision likely ends a decades-long quest to reach one of the largest known and untapped sources of gold and copper in the world.

President-elect Joe Biden said this summer he would stop its development, and company leaders have previously said they need federal permits to bring in well-heeled partners that could pay to help them continue.

Pebble's owners, a subsidiary of Canada's Northern Dynasty Minerals Ltd., had once valued the ore at $300 billion to $500 billion and drew partnerships with some of the world's largest mining companies, including Anglo American PLC and Rio Tinto PLC. But those companies pulled out amid falling commodity prices and growing pressure over environmental concerns.

A 2014 report from the Environmental Protection Agency said the Pebble mine could have significant adverse effects on the region's fisheries and the Native Alaskan communities that depend on them. Fifteen federally recognized tribes in the region had formed a coalition to stop it, and a poll they helped commission in June of this year showed likely voters statewide opposed the project by a 2-1 margin. 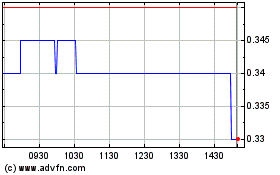