SunOpta Inc. (“SunOpta” or the “Company”) (Nasdaq:STKL) (TSX:SOY), a leading global company focused on plant-based foods and beverages, fruit-based foods and beverages, and organic ingredient sourcing and production, today announced that it had successfully closed a US$30 million preferred equity financing. As originally announced on April 16, 2020, the Company entered into a financing agreement with funds managed by Oaktree Capital Management, L.P. (“Oaktree”) and Engaged Capital, LLC (“Engaged”), leading alternative investment management firms, which invest in companies with strong, defensible franchises.

Under the agreement, Oaktree and Engaged have invested US$30 million in SunOpta in the form of exchangeable preferred shares and have committed to include an additional US$30 million at the Company’s option. Proceeds from the equity investment will be used primarily to invest in the Company’s plant-based foods and beverages business, principally to add capacity via capital projects and to provide incremental liquidity given the current general economic uncertainty.

Summary of the Financing

Oaktree and Engaged committed to purchase newly created Series B exchangeable preferred shares to be issued by the Company’s wholly-owned subsidiary, SunOpta Foods Inc. (the “Series B Preferred”) in two tranches. The first tranche consists of US$30 million of Series B-1 Preferred and closed on April 24, 2020. The Series B-1 Preferred issued in the initial closing is immediately exchangeable into shares of the Company's common stock at an initial exchange price of US$2.50 per share, which represents a 23% premium to the closing price of US$2.03 per share on April 15, 2020. The Series B-1 Preferred constitutes 12.0 million shares as-converted, and on an as-exchanged basis, an ownership level of approximately 12.0% (excluding any conversion of the previously issued 2016 Series A preferred shares) of the Company based on 88.3 million common shares outstanding.

In addition, the Company has the option to require that Oaktree and Engaged purchase a second tranche of the Series B-2 Preferred for up to US$30 million by giving notice to Oaktree and Engaged on or before July 15, 2020. The initial exchange price of the Series B-2 Preferred will be equal to a 30% premium to the 15-day volume weighted average stock price through the trading day immediately prior to the notice date, with an exchange price floor of US$2.00 per share and an exchange price cap of US$3.50 per share. Should the full amount of the second tranche of US$30 million be issued by the Company, the Series B-2 Preferred would constitute 8.6-15.0 million shares as-converted based on the US$2.00 to US$3.50 conversion price range, and on an as-exchanged basis, an incremental ownership level of approximately 7.9-13.0% (excluding any conversion of the previously issued 2016 Series A preferred shares) of the Company based on 88.3 million common shares outstanding.

SunOpta Inc. is a leading global company focused on plant-based foods and beverages, fruit-based foods and beverages, and organic ingredient sourcing and production. SunOpta specializes in the sourcing, processing and packaging of organic, natural and non-GMO food products, integrated from seed through packaged products; with a focus on strategic vertically integrated business models.

Oaktree is a leader among global investment managers specializing in alternative investments, with $125 billion in assets under management as of December 31, 2019. The firm emphasizes an opportunistic, value-oriented and risk- controlled approach to investments in distressed debt, corporate debt (including high yield debt and senior loans), control investing, convertible securities, real estate and listed equities. Headquartered in Los Angeles, the firm has over 950 employees and offices in 19 cities worldwide. For additional information, please visit Oaktree's website at www.oaktreecapital.com.

Engaged Capital was established in 2012 by a group of professionals with significant experience in activist investing in North America and was seeded by Grosvenor Capital Management, L.P., one of the oldest and largest global alternative investment managers. Engaged Capital is a limited liability company owned by its principals and formed to create long-term shareholder value by bringing an owner’s perspective to the managements and boards of undervalued public companies. Engaged Capital manages approximately $1 billion of assets and dedicates its efforts and resources towards a single investment style, “Constructive Activism” with a focus on delivering superior, long-term, risk-adjusted returns for investors. Engaged Capital is based in Newport Beach, California.

Certain statements included in this press release may be considered "forward-looking statements" within the meaning of the United States Private Securities Litigation Reform Act of 1995 and applicable Canadian securities legislation, which are based on information available to us on the date of this release. These forward-looking statements include, but are not limited to, our expectation that the significant investments to be made in the Company’s business will drive aggressive growth in 2021 and beyond, our belief that the Series B Preferred financing provides the highest risk-adjusted return among the options evaluated by the Special Committee, and the anticipated closing date of the Series B Preferred financing. Generally, forward-looking statements do not relate strictly to historical or current facts and are typically accompanied by words such as “expect”, “believe”, “anticipate”, “continue”, “estimates”, “can”, “will”, “target”, "should", "would", "plans", "becoming", "intend", "confident", "may", "project", "potential", "intention", "might", "predict", “budget”, “forecast” or other similar terms and phrases intended to identify these forward-looking statements. Forward-looking statements are based on information available to the Company on the date of this release and are based on estimates and assumptions made by the Company in light of its experience and its perception of historical trends, current conditions and expected future developments including, but not limited to, the Company’s actual financial results; management’s assessment of the incremental capacity and EBITDA to be realized from the capital projects for which the proceeds of the financing will be used; current customer demand for the Company’s products and the additional anticipated demand due to COVID-19; general economic conditions; continued consumer interest in health and wellness; the Company’s ability to maintain product pricing levels; planned facility and operational expansions, closures and divestitures; cost rationalization and product development initiatives; alternative potential uses for the Company’s capital resources; portfolio optimization and productivity efforts; the sustainability of the Company’s sales pipeline; the Company’s expectations regarding commodity pricing, margins and hedging results; improved availability and field prices for fruit; procurement and logistics savings; freight lane cost reductions; yield and throughput enhancements; and labor cost reductions. Whether actual timing and results will agree with expectations and predictions of the Company is subject to many risks and uncertainties including, but not limited to, the inability to satisfy, or potential delays in satisfying, any of the closing conditions applicable to the Series B Preferred financing or the other debt financing alternatives that the Company is pursuing; liquidity constraints and the availability of alternative financing sources; potential loss of suppliers and customers as well as supply chain, logistics and other disruptions resulting from or related to COVID-19; unexpected issues or delays with the Company’s structural improvements and automation investments; failure or inability to implement portfolio changes, process improvements, go-to-market improvements and process sustainability strategies in a timely manner; changes in the level of capital investment; local and global political and economic conditions; consumer spending patterns and changes in market trends; decreases in customer demand; delayed or unsuccessful product development efforts; potential product recalls; working capital management; availability and pricing of raw materials and supplies; potential covenant breaches under the Company’s credit facilities; and other risks described from time to time under "Risk Factors" in the Company's Annual Report on Form 10-K and its Quarterly Reports on Form 10-Q (available at www.sec.gov). Consequently, all forward-looking statements made herein are qualified by these cautionary statements and there can be no assurance that the actual results or developments anticipated by the Company will be realized. The Company undertakes no obligation to publicly correct or update the forward-looking statements in this document, in other documents, or on its website to reflect future events or circumstances, except as may be required under applicable securities laws. 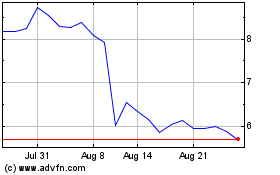 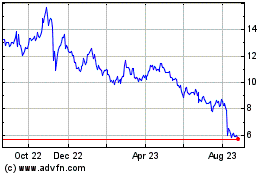 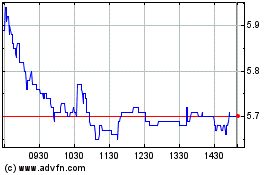