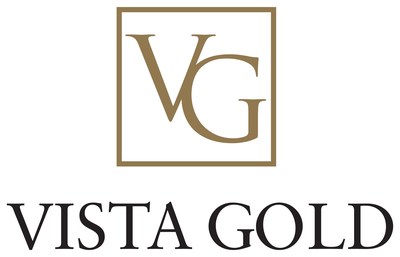 Frederick H. Earnest, Vista's President and CEO, commented, "We are pleased with Nusantara's efforts to advance the Awak Mas project.  As reported by Nusantara in their October 4, 2018 Australian Securities Exchange announcement, the Awak Mas project presently contemplates production of nearly 1.1 million ounces over the 11.25-year life of the project.   A normal development cycle suggests that commencement of production is likely to be at least three years in the future. This Amending Agreement provides Vista with an excellent opportunity to monetize its NSR royalty on Awak Mas in the near term and still maintain longer term exposure to potential upside through the Nusantara ordinary shares."

Awak Mas is not a material property to Vista. References to Awak Mas production and life of the project are based on Nusantara's foreign non-National Instrument 43-101 compliant report.

All dollar amounts in this press release are expressed in U.S. dollars.

This press release contains forward-looking statements within the meaning of the U.S. Securities Act of 1933, as amended, and U.S. Securities Exchange Act of 1934, as amended, and forward-looking information within the meaning of Canadian securities laws. All statements, other than statements of historical facts, included in this press release that address activities, events or developments that we expect or anticipate will or may occur in the future, including such things as our expectation that the NSR royalty will be monetized in the near term by PT Masmindo exercising its right to cancel the NSR; the production forecast and life of the project estimates of the Awak Mas project; our expectation that commencement of production at Awak Mas is likely to be at least three years in the future; and our expectation that there is potential upside over the longer term through the Nusantara ordinary shares are forward-looking statements and forward-looking information. The material factors and assumptions used to develop the forward-looking statements and forward-looking information contained in this press release include the following: our review and reliance on the production forecast and life of the project estimates of the Awak Mas project; our approved business plans; our experience with regulators; and our assumptions that the general economic and market conditions will be maintained. When used in this press release, the words "optimistic," "potential," "indicate," "expect," "intend," "hopes," "believe," "may," "will," "if," "anticipate," and similar expressions are intended to identify forward-looking statements and forward-looking information. These statements involve known and unknown risks, uncertainties and other factors which may cause the actual results, performance or achievements of the Company to be materially different from any future results, performance or achievements expressed or implied by such statements. Such factors include, among others, uncertainty of resource and reserve estimates, uncertainty as to the Company's future operating costs and ability to raise capital; risks relating to cost increases for capital and operating costs; risks of shortages and fluctuating costs of equipment or supplies; risks relating to fluctuations in the price of gold; the inherently hazardous nature of mining-related activities; potential effects on our operations of environmental regulations in the countries in which it operates; risks due to legal proceedings; risks relating to political and economic instability in certain countries in which it operates; uncertainty as to the results of bulk metallurgical test work; and uncertainty as to completion of critical milestones for Mt Todd; as well as those factors discussed under the headings "Note Regarding Forward-Looking Statements" and "Risk Factors" in the Company's latest Annual Report on Form 10-K as filed in February 2019 and other documents filed with the U.S. Securities and Exchange Commission and Canadian securities regulatory authorities. Although we have attempted to identify important factors that could cause actual results to differ materially from those described in forward-looking statements and forward-looking information, there may be other factors that cause results not to be as anticipated, estimated or intended. Except as required by law, we assume no obligation to publicly update any forward-looking statements or forward-looking information; whether as a result of new information, future events or otherwise. 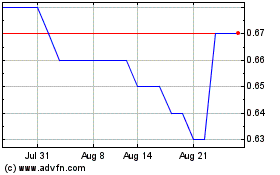 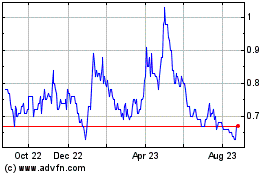 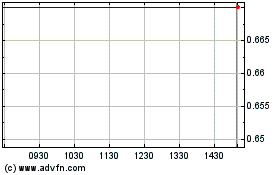