KELOWNA, BC, Jan. 30, 2020 /CNW/ - Cantex Mine Development Corp. (CD: TSXV) (the "Company") has released an update on the work program at its Massive Sulphide project within its 100-per-cent-owned 14,077 hectare North Rackla claim block where drill results continue to define a lead-zinc-silver mineralized system with Broken Hill Type (BHT) affinities.

Assay results have been now been received from 49 holes drilled from 15 Pads.  The pad locations are presented in Figure 1.  Significant results are reported below in Table 1.  Where noted, some of the holes presented in the table have additional intervals for which assays are still pending.  These results, along with those from additional holes yet to be analyzed, will be reported when received. 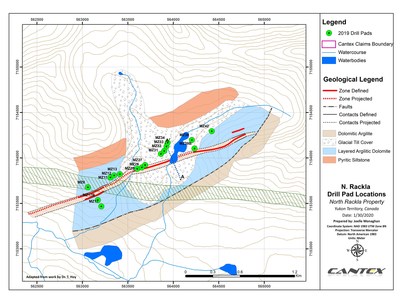 In addition to the above, results were received from 13 holes drilled from pads MZ11, MZ12 and MZ13 which tested portions of the previously discussed dyke swarm, which we believe remobilized the massive sulphides to locations adjacent to the dyke swarm that have not yet been intersected by drilling.

The core displays numerous faults and local outcropping rocks are folded.  As is the case at Broken Hill, faults and folds locally change the location of massive sulphide units.  As the massive sulphides are covered by talus and glacial till and cannot be detected by ground gravity, electromagnetic, induced polarization, resistivity or magnetic geophysical surveys we have note yet been able to intersect massive sulphides in the vicinity of the aforementioned drilling from pads MZ11, MZ12 and MZ13 as well as in two holes drilled from pad 38 and one hole drilled from pad 42.  Locations of these pads are presented in Figure 1. 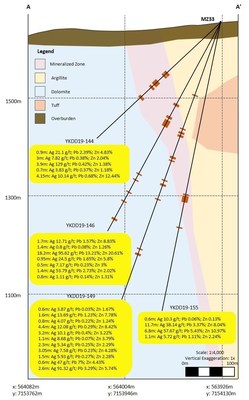 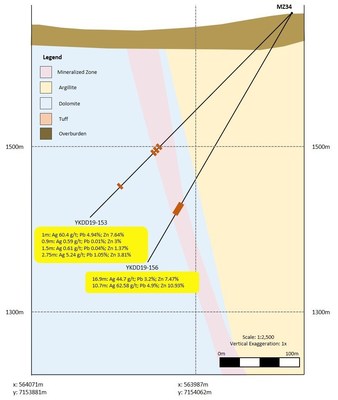 The drill holes reported in this press release were drilled using HQ (63.5mm) diamond drill bits.  The core was logged, marked up for sampling and then divided into equal halves using a diamond saw on site.  One half of the core was left in the original core box.  The other half was sampled and placed into sealed bags which were in turn placed into larger bags closed with security seals prior to being transported to CF Mineral Research Ltd in Kelowna, BC.

At CF Minerals the samples were dried prior to crushing to -10 mesh.  The samples, which averaged over 3kg, were then mixed prior to splitting off 800g.  The 800g splits were pulverized to -200 mesh and a 250g split was sent for assay.  Quality control procedures included the insertion of coarse quartz samples to assess the sample preparation.  Silica blanks were inserted along with certified reference samples.  These quality control samples were each inserted approximately every 20 samples.

ALS Chemex in Vancouver assayed the samples using a four-acid digestion with an ICP-MS finish.  The 48 element ME-MS61 technique was used to provide a geochemical signature of the mineralization.  Where lead or zinc values exceeded one percent the Pb-OG62 or Zn-OG62 techniques were used.  These have upper limits of 20% lead and 30% zinc respectively.  Samples with lead and zinc values over these limits are then analyzed by titration methods Pb-VOL70 and Zn-VOL50.  The over limit analyses (and the over limit – over limit analyses) contribute to delays in receiving final assay results.

Drill results continue to demonstrate the extensive trend of the Main Zone high-grade lead-zinc-silver mineralization at the Company's Massive Sulphide project, which is believed to be of sedimentary exhalative (sedex) origin.  Mineralization is coarsely crystalline and appears to be stratabound, showing evidence of recrystallization during mild metamorphism. Based on a combination of multiple factors (the nature of the sedimentary host sequence, the Proterozoic age, the elevated manganese levels, and the high silver content), the North Rackla mineralization is believed to belong to the BHT (Broken Hill type) sub-class of sedex lead-zinc-silver deposits.  The Broken Hill massive sulphide deposit has been mined for more than 100 years and produced some of the highest lead-zinc-silver grades in the world.  It is the founding deposit of BHP, the world's largest mining company.

The high grades being encountered clearly demonstrate the fertile nature of this large-scale system. Structural and geochemical data are being compiled in order to guide the focus of future drilling within the Main Zone sequence.

In addition, CEO Chad Ulansky states, "As planned, our field teams moved onto the flatter, till covered ground in the vicinity of the camp with the onset of winter.  This drilling was very successful, intersecting massive sulphides from multiple drill pads.  Our last holes of the season intersected high-grade mineralization, which is open both along strike and to depth giving the project an exciting point to commence its 2020 drill program."

The Company continues to be impressed by the results and potential of the project and looks forward to the coming drill program.

The technical information and results reported here have been reviewed by Mr. Chad Ulansky P.Geol., a Qualified Person under National Instrument 43-101, who is responsible for the technical content of this release. 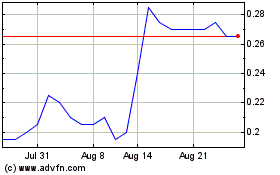 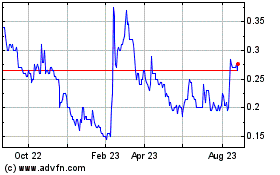 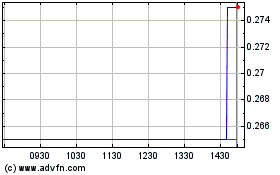