Cornerstone Capital Resources Inc. (“Cornerstone” or “the Company”) (TSXV:CGP) (OTC:CTNXF) (FWB:GWN1) announces that, further to its news release dated December 2, 2021: https://cornerstoneresources.com/news-releases/21-23-ecuador-constitutional-court-rules-on-exploration-activities-in-the-los-cedros-protected-forest-in-the-rio-magdalena/ it was notified today of a final decision by Ecuador’s Constitutional Court dated December 21, 2021 in response to ENAMI’s December 6th petition for clarification (recurso de aclaración y ampliación) of parts of the decision referred to in the December 2, 2021 news release.

The final decision of the Constitutional Court reaffirms the revocation of the environmental permit (registro ambiental) for the Rio Magdalena Project.

Cornerstone is consulting with legal counsel to determine what rights and remedies Cornerstone may have, including under the 1996 Canada-Ecuador Bilateral Investment Treaty, unilaterally terminated by Ecuador in 2018 but which has a 15 year survival/sunset clause.

Cornerstone will provide an update after such consultations.

The Espejo, Rio Magdalena, and Playa Rica blocks were identified and ranked by Cornerstone in 2015-2016 as highly prospective after an exhaustive analysis of public and private information available at the time, reserved by CESA after the opening of the cadastral map and then the reservations were transferred to ENAMI for inclusion in the SEA.

On March 6, 2017, Cornerstone announced that ENAMI had been granted a number of mineral concessions in Imbabura and Carchi provinces in the same area as the Cascabel (SolGold/Cornerstone) and Llurimagua (Codelco/Enami) concessions, for exploration by the SEA. Nine concession titles totaling around 42,000 hectares were granted in 2017 by the Ministry of Mining (now the Ministry of Energy and Non-Renewable Natural Resources).

Cornerstone Capital Resources Inc. is a mineral exploration company with a diversified portfolio of projects in Ecuador and Chile, including the Cascabel gold-enriched copper porphyry joint venture in northwest Ecuador. Cornerstone has a 20.8% direct and indirect interest in Cascabel comprised of (i) a direct 15% interest in the project financed through to completion of a feasibility study and repayable at Libor plus 2% out of 90% of its share of the earnings or dividends from an operation at Cascabel, plus (ii) an indirect interest comprised of 6.86% of the shares of joint venture partner and project operator SolGold Plc. Exploraciones Novomining S.A. (“ENSA”), an Ecuadoran company owned by SolGold and Cornerstone, holds 100% of the Cascabel concession. Subject to the satisfaction of certain conditions, including SolGold’s fully funding the project through to feasibility, SolGold Plc will own 85% of the equity of ENSA and Cornerstone will own the remaining 15% of ENSA.

Yvan Crepeau, MBA, P.Geo., Cornerstone’s Vice President, Exploration and a qualified person in accordance with National Instrument 43-101, is responsible for supervising the exploration program at the Rio Magdalena project for Cornerstone and has reviewed and approved the information contained in this news release.

Due to anti-spam laws, many shareholders and others who were previously signed up to receive email updates and who are no longer receiving them may need to re-subscribe at http://www.cornerstoneresources.com/

Cautionary Notice:This news release may contain ‘Forward-Looking Statements’ that involve risks and uncertainties, such as statements of Cornerstone’s beliefs, plans, objectives, strategies, intentions and expectations. The words “potential,” “anticipate,” “forecast,” “believe,” “estimate,” “intend”, “trends”, “indicate”, “expect,” “may,” “should,” “could”, “project,” “plan,” or the negative or other variations of these words and similar expressions are intended to be among the statements that identify ‘Forward-Looking Statements.’ Although Cornerstone believes that its expectations reflected in these ‘Forward-Looking Statements’ are reasonable, such statements may involve unknown risks, uncertainties and other factors disclosed in our regulatory filings, viewed on the SEDAR website at www.sedar.com. For us, uncertainties arise from the behaviour of financial and metals markets, predicting natural geological phenomena and from numerous other matters of national, regional, and global scale, including those of an environmental, climatic, natural, political, economic, business, competitive, or regulatory nature. These uncertainties may cause our actual future results to be materially different than those expressed in our Forward-Looking Statements. Although Cornerstone believes the facts and information contained in this news release to be as correct and current as possible, Cornerstone does not warrant or make any representation as to the accuracy, validity or completeness of any facts or information contained herein and these statements should not be relied upon as representing its views after the date of this news release. While Cornerstone anticipates that subsequent events may cause its views to change, it expressly disclaims any obligation to update the Forward-Looking Statements contained herein except where outcomes have varied materially from the original statements.

On behalf of the Board, Brooke MacdonaldPresident and CEO 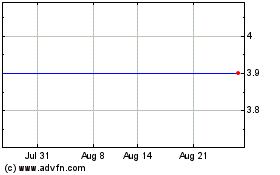 Cornerstone Capital Reso... (TSXV:CGP)
Historical Stock Chart
From May 2021 to May 2022 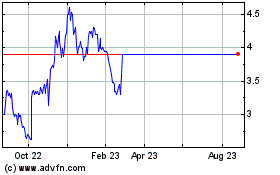 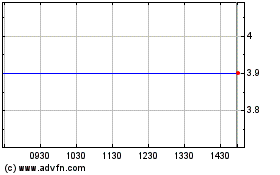