OTTAWA, ON, Dec. 7, 2021 /CNW/ - Enablence Technologies Inc. ("Enablence" or the "Company") (TSXV: ENA), a supplier of optical components and subsystems, is pleased to announce the closing of its previously-announced shares-for-debt transactions (the "Shares-for-Debt Settlements"), pursuant to which approximately C$43.6 million of the total unsecured debt of the Company has been settled for securities of Enablence as more particularly described below, thereby completing its previously-announced recapitalization transaction (the "Recapitalization Transaction").

Craig Mode, Co-CEO and CFO of Enablence, commented: "The closing of the Shares-for-Debt transactions completes the Recapitalization Transaction that we announced in August 2021. We are incredibly appreciative of the support of our creditors and shareholders during this process and believe our strengthened balance sheet should give investors' confidence with regards to the long-term viability of our business. The $1.5 million in new capital that we expect to raise through this private placement will also provide us with a base to reinitiate growth efforts and allow us to better serve our growing customer base."

The Company completed its Recapitalization Transaction following the closing of the Shares-for-Debt Settlements with certain unsecured creditors holding an aggregate of C$43.6 million of the total unsecured debt of the Company. In settlement of such debt, an aggregate of 12,545,857 common shares of the Company ("Common Shares") and 1,577,841 common share purchase warrants of the Company ("Warrants") were issued pursuant to the Shares-for-Debt Settlements. Each Warrant entitles the holder to purchase one Common Share at a price of C$3.60 per Common Share for a period ending on December 6, 2024.

The Company has received the conditional approval of the TSX Venture Exchange (the "Exchange") for the Shares-for-Debt Settlements and has applied to the Exchange for final approval thereof. The Common Shares and Warrants issued pursuant to the Shares-for-Debt Settlement are subject to a statutory hold period of four months and one day in accordance with applicable securities laws; however, recipients have agreed to an extended hold period that will only allow for the release of the common shares and warrants in 25% increments on the six-, nine-, twelve- and fifteen-month anniversaries of December 6, 2021.

Following the closing of the Recapitalization Transaction, Company will seek to raise up to C$1.5 million on a non-brokered private placement basis by issuing Common Shares at a price of C$1.80 per Common Share (the "Private Placement"); provided, however, that the Company may elect to increase the size of the Private Placement to up to C$2.0 million.

The Private Placement is expected to close prior to the end of December 2021, subject to, among other things, the approval of the Exchange.

The Private Placement is being completed in lieu of the previously-announced non-brokered private placement of subscription receipts of the Company proposed to be completed concurrent with the Recapitalization Transaction.

The Company has adopted an omnibus equity incentive plan (the "Omnibus Equity Incentive Plan"), which was authorized and approved by the shareholders of the Company at the Shareholders' Meeting. The Omnibus Equity Incentive Plan provides flexibility to the Company to grant equity–based incentive awards in the form of options ("Options"), restricted share units ("RSUs") and deferred share units ("DSUs").

The Omnibus Equity Incentive Plan replaces the old stock option plan of the Company, which was most-recently authorized and approved by the shareholders of the Company at the annual general meeting of shareholders held on February 5, 2019 (the "Old Option Plan"). All future grants of equity–based awards will be made pursuant to, or as otherwise permitted by, the Omnibus Equity Incentive Plan and no further option-based awards will be made pursuant to the Old Option Plan. The Company's Old Option Plan will remain in effect only in respect of outstanding equity–based awards existing thereunder.

A copy of the Omnibus Equity Incentive Plan, and a summary of the key terms thereof, can be found in the management information circular of the Company dated September 21, 2021 prepared in connection with the Shareholders' Meeting, which is available on SEDAR (www.sedar.com) under Enablence's issuer profile.

Enablence is a publicly traded company that designs, manufactures and sells optical components and subsystems to a global customer base.  It utilizes its patented technologies, including planar lightwave circuit intellectual property, in the production of an array of photonic components and broadband subsystems that deliver a key portion of the infrastructure for current and next-generation telecommunication systems. The Company's components are key elements in large optical network infrastructure builds which enable global networking and large-scale computing for businesses and individuals, including data centers and 5G telecommunications networks. For more information,  visit www.enablence.com.

Neither the Exchange nor its Regulation Services Provider (as that term is defined in the policies of the Exchange) accepts responsibility for the adequacy or accuracy of this release. 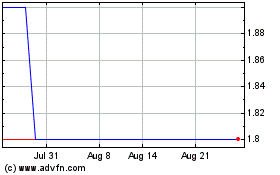 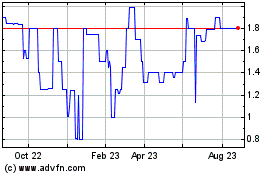 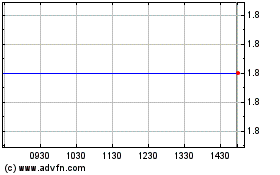