Eve & Co Incorporated (“Eve & Co” or the “Company”) (TSX-V: EVE; OTCQX: EEVVF) is pleased to announce it has closed its previously announced shares for debt transaction (the “Transaction”) whereby it settled $657,000 in payables (the “Payables”) owed to certain directors, officers, employees, and debentureholders related to expenses, loans, and services rendered to the Company up to January 2022 in exchange for an aggregate of 5,189,607 common shares in the capital of the Company (the “Settlement Shares”). The Company issued the Settlement Shares to settle the Payables in order to preserve cash for general working capital purposes.

Insiders of the Company (the “Insiders”) received 1,916,667 Settlement Shares in settlement of $242,500 of debt. Pursuant to Multilateral Instrument 61-101 – Protection of Minority Security Holders in Special Transactions ("MI 61-101"), the Transaction constituted a "related party transaction" as the Insiders are considered to be related parties to the Company. The Company relied on exemptions from the formal valuation and minority approval requirements of MI 61-101 (pursuant to subsections 5.5(a) and 5.7(a)) as the fair market value of the securities to be distributed to, and the consideration received from, the Insiders will not exceed 25% of the Company's market capitalization. The settlement of the Payables has been approved by all of the independent directors of the Company and the TSX Venture Exchange (“TSXV”).

All securities issued pursuant to the Transaction will be subject to statutory and TSXV hold periods until June 18, 2022, being the date that is four months and one day from the date of issuance.

Eve & Co, through its wholly-owned subsidiary Natural Medco Ltd. (“NMC”), holds cultivation and processing licences under the Cannabis Act (Canada) for the production and sale of various cannabis products, including dried cannabis, cannabis plants and extraction of cannabis oil and has received its European Union certificate of Good Manufacturing Practice. NMC was Canada’s first female-founded licensed producer of medicinal marijuana and received its cultivation licence from Health Canada in 2016. Eve & Co is led by a team of agricultural experts and has a licensed 1,000,000 square foot greenhouse located in Strathroy, Ontario.

Neither the TSXV nor its Regulation Services Provider (as that term is defined in the policies of the TSXV) accepts responsibility for the adequacy or accuracy of this release. 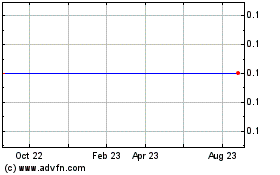 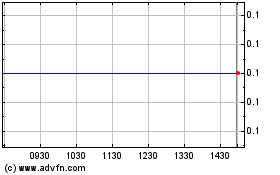