Golden Predator Mining Corp. (TSX.V:GPY, OTCQX:NTGSF) (the “Company”) today announces the completion of its 2020 work program at its licensed 100%-owned Brewery Creek mine project ‎located approximately 55 km by road from Dawson City, Yukon. The 2020 program consisted of 60 drill holes for ~5,600 m of drilling including ~ 4,400 m of exploration and in-fill drilling plus 1,200 m of metallurgical and geotechnical drilling. All samples have been shipped and are currently being processed.

Brewery Creek maps can be viewed at: https://www.goldenpredator.com/_resources/news/GPY-NR-2020-Drill-Program-Completed-MAPS.pdf.

Infill DrillingThis program builds on Golden Predator’s successful 2019 program that established continuity of mineralization within the licensed Reserve Trend between the eastern edge of the Canadian-Fosters-Kokanee-Golden pits east to the Lucky pit. The 32 reverse circulation drill holes drilled in 2020 were designed to fill in and expand the gold resource between the eastern Golden zone and western Lucky zone. The targeted mineralization between these zones has been offset by a high-angle normal fault and was previously untested until 2019 when the zone was intersected with multiple drill holes.

Infill drilling within this 400 m gap between the eastern edge of the Fosters to Golden trend and the western edge of the Lucky zone is also to increase the density of drilling to convert Inferred resources to Indicated resources and confirm continuity of mineralization between the two deposits while testing for additional resources. The goal is to establish and confirm continuous mineralization along the Fosters-Canadian-Kokanee-Golden-Lucky zones for mine design now in progress as a part of the Brewery Creek Bankable Feasibility Study (BFS).

A total of 32 reverse circulation drill holes totaling 3,706 m were completed in the gap area between the eastern edge of Golden and western edge of Lucky. Samples from this program have been submitted to ALS Laboratories for sample preparation in Whitehorse, Yukon and assaying in Vancouver, British Columbia. Initial assay results from the program are expected in late November with complete assay results expected by the end of the year.

Two of the drill holes (RC20-2710 and RC20-2711) were located approximately 500 m from each other and at least 650 m southeast of the closest previous drilling within the Classic and Lone Star zones. These holes targeted an area defined by anomalous gold and arsenic soil and rock chip geochemistry within a structural zone. The third drill hole (RC20-2711), located approximately 1,330 m to the east of the nearest previous drilling, tested a coincident aeromagnetic and radiometric anomaly indicating a structural zone along the margin of a biotite monzonite intrusive within an area of spotty gold and arsenic in soil geochemistry. All three drill holes encountered multiple fault zones and variable amounts of intrusive rock as dikes/sills within the structural zones.

The Classic Zone is a near surface bulk tonnage target that lies approximately 3 km south of the Brewery Creek Reserve Trend. Together with the Lone Star zone, the Classic Zone demonstrates the discovery potential of the entire southern portion of the large Brewery Creek Property where a large syenite intrusion hosts gold mineralization primarily in sheeted quartz/carbonate/pyrite veins and as fine-grained disseminations. Initial column leach tests have indicated that this intrusive hosted mineralization is leachable to at least a 200 m depth. This mineralization is clearly a separate younger mineralizing event not associated with the quartz monzonite thrust-hosted mineralization historically exploited in the Reserve Trend which is the subject of the ongoing bankable feasibility study.

Metallurgical & Geotechnical DrillingA total of 14 PQ diamond drill holes totaling 540 m were completed in Foster-Canadian-Kokanee-Golden and Lucky pit areas. The program was designed to obtain mineralized material from the Fosters, Kokanee, Golden and Lucky areas for additional column leach tests. The core was shipped to McClelland Labs in Reno, NV where it is currently being tested. The core samples will be used to conduct additional column leach tests at a coarser crush size of approximately 3/4” versus previous test work conducted at 3/8” crush size at Kokanee, Golden and Lucky. These column tests are being conducted to confirm the recent results of column leach tests run at various crush sizes on material from the historic heap leach pad where the data showed slightly better recoveries of gold in solution for the coarser 3/4” crush size. A coarser crush size would help streamline any recovery process. These tests will be detailed in the Bankable Feasibility Study currently underway.

A total of eleven geotechnical/hydrogeologic drill holes were completed to support the ongoing Bankable Feasibility Study at Brewery Creek. A total of 975 m of drilling was completed in 8 diamond drill holes (792 m) and 3 reverse circulation drill holes (182 m). The diamond drill program was consisted of oriented, HQ3 core to support detailed fracture analysis of lithologies in the proposed pit walls and three of these were completed with piezometers. The 3 reverse circulation drill holes were drilled and completed as hydrogeologic monitor wells.

Materials on the heap leach pad were not included in the resource update. Mineral Resources estimates conducted within a pit shell developed at $2,000/oz gold with an internal cut-off grade calculated at $1,500/oz gold was used to report mineral resource inventories.

The resource estimate is based on a recovery model created from assay data, bottle and column leach test work and historic recovery analysis instead of a less accurate visual oxide-sulfide boundary developed from geologist drill logs. Sedimentary and intrusive rocks, which have distinct metallurgical characteristics, were estimated separately based on gold-grade distribution analysis.

Brewery Creek Mine Work PlanThe Brewery Creek Mine is a licensed brownfields heap leach gold mine that was operated by Viceroy Minerals Corporation from 1996 to 2002. Brewery Creek is authorized to restart mining activities as defined within the Quartz Mining License and Water License. The Company intends to resume mining and processing of licensed deposits when supported by an independent study that outlines technical and economic viability. The 180 km² property is located 55 km east of Dawson City and is accessible year-round by paved and improved gravel roads. Significant infrastructure remains in place, allowing for a timely restart schedule under existing operating licenses.

A Bankable Feasibility Study (BFS) is being conducted by Kappes Cassiday & Associates of Reno, Nevada which will include a multi-year mine plan for the advancement of the Brewery Creek project. The BFS will include an inventory of the mineralized material remaining on the heap and mine planning (completed by Tetra Tech Inc of Golden, Colorado) for the resumption of the mining of material from leachable resources contained within the licensed area and reported in the Company’s Mineral Resource Estimate. The BFS will include all the key parameters involved in reconstructing or adding necessary infrastructure including a crushing facility, the Adsorption-Desorption-Recovery (“ADR”) plant and assay lab and an implementation schedule, sourcing, and economic cash flow model sufficiently detailed to move directly into procurement, development and construction if economically warranted. Any production decisions would be dependent on the outcome of a study demonstrating positive technical and economic viability.

The technical content of this news release has been reviewed and approved by Michael Maslowski, CPG, a Qualified Person as defined by National Instrument 43-101 and is employed by the Company as its Chief Operating Officer.

About Golden Predator Mining Corp.Golden Predator is advancing the past-producing Brewery Creek Mine towards a timely resumption of mining activities, under its Quartz Mining and Water Licenses, in Canada’s Yukon. With established resources grading over 1.0 g/t gold the Company is completing a Bankable Feasibility Study for the restart of heap leach operations. The Brewery Creek Mine project operates with a Socio Economic Accord with the Tr’ondëk Hwëch’in First Nation.

Neither TSX Venture Exchange nor its Regulation Services Provider (as that term is defined in policies of the TSX Venture Exchange) accepts responsibility for the adequacy or accuracy of this release. No stock exchange, securities commission or other regulatory authority has approved or disapproved the information contained herein. This press release contains forward-looking information that involve various risks and uncertainties regarding future events. Such forward-looking information can include without limitation statements based on current expectations that the Brewery Creek will advance to an early production decision, or the extent of any additional mineral resource that could result from incorporating 2019 exploration drilling. Actual results and future events could differ materially from those anticipated in such information. These and all subsequent written and oral forward-looking information are based on estimates and opinions of management on the dates they are made and are expressly qualified in their entirety by this notice. Except as required by law, the Company assumes no obligation to update forward-looking information should circumstances or management's estimates or opinions change. 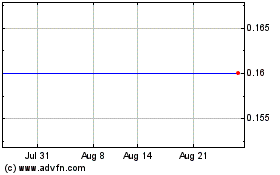 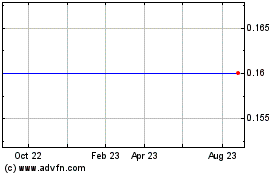 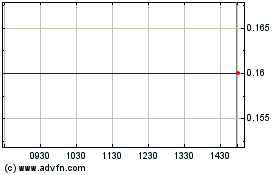