TORONTO, May 17, 2019 /CNW/ - Newstrike Brands Ltd. (TSX-V:HIP) ("Newstrike" or the "Company") is pleased to announce that, at the Annual and Special Meeting (the "Meeting"), Newstrike shareholders overwhelmingly voted in favour of  the arrangement resolution (the "Arrangement Resolution") under which HEXO Corp. ("HEXO") (TSX: HEXO; NYSE-A: HEXO) will acquire all of Newstrike's issued and outstanding common shares by way of a plan of arrangement under the Business Corporations Act (Ontario) (the "Arrangement").

Completion of the Arrangement Resolution remains conditional on approval by the Ontario Superior Court of Justice (the "Court") and certain other closing conditions. The application for the final order from the Court is scheduled for May 22, 2019. Assuming that the conditions to closing are satisfied or waived, it is expected that the Arrangement will be completed on or around May 24, 2019.

Following completion of the Arrangement, Newstrike will become a wholly owned subsidiary of HEXO, and will cease to be a reporting issuer and its shares will be delisted from the TSXV.

Further information about the Arrangement is set forth in the materials prepared by Newstrike in respect of the Meeting which were mailed to shareholders of Newstrike. These materials as well as the full voting results on all matters voted at the Meeting will be filed under Newstrike's profile on SEDAR at www.sedar.com.

About Newstrike and Up Cannabis

Newstrike is the parent company of Up Cannabis Inc., a licensed producer of cannabis that is licensed to both cultivate and sell cannabis in all acceptable forms. Newstrike, through Up Cannabis and together with select strategic partners, including Canada's iconic musicians The Tragically Hip, is developing a diverse network of high quality cannabis brands. For more information, visit http://www.up.ca or http://www.newstrike.ca

This news release contains forward-looking statements. Forward-looking statements involve known and unknown risks, uncertainties and other factors which may cause the actual results, performance or achievements of Newstrike to be materially different from any future results, performance or achievements expressed or implied by the forward-looking statements. Forward-looking statements in this news release include, but are not limited to: statements with respect to the completion of the Transaction and the timing for its completion; the satisfaction of closing conditions which include, without limitation (i) necessary court approvals in connection with the plan of arrangement, (ii) certain termination rights available to the parties under the Arrangement Agreement, (iii) HEXO obtaining the necessary approvals from the TSX and the NYSE American for the listing of its common shares and former Newstrike warrants in connection with the Transaction, (iv). Newstrike receiving approval for the delisting of its shares on the TSX-V and (v) other closing conditions, including compliance by HEXO and Newstrike with various covenants contained in the Arrangement Agreement.  Often, but not always, forward-looking statements can be identified by the use of words such as "plans", "expects" or "does not expect", "is expected", "estimates", "intends", "anticipates" or "does not anticipate", or "believes", or variations of such words and phrases or state that certain actions, events or results "may", "could", "would", "might" or "will" be taken, occur or be achieved. Accordingly, readers should not place undue reliance on the forward-looking statements and information contained in this press release. Since forward-looking statements and information address future events and conditions, by their very nature they involve inherent risks and uncertainties.

Actual results could differ materially from those currently anticipated due to a number of factors and risks. Readers are cautioned that the foregoing list of factors is not exhaustive. The forward-looking statements contained in this news release are made as of the date of this release and, accordingly, are subject to change after such date.

Newstrike does not assume any obligation to update or revise any forward-looking statements, whether written or oral, that may be made from time to time by us or on our behalf, except as required by applicable law. 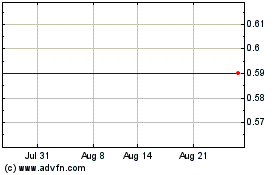 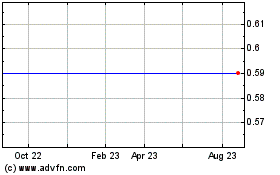 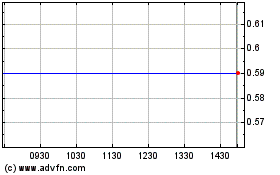