The Bonds are for an initial term of one year from the date of issuance, extendable for a further year at the option of the holder. As previously announced, the term of the New Bonds and the New B Bonds has each been extended.  Interest is payable on the Bonds quarterly on Sept. 15, Dec. 15, Mar. 15 and June 15 of each year of the term at 7% per annum, of which 4.5% is payable in cash and 2.5% in Shares issued at a deemed price per Share equal to the higher of: (i) the closing price of the Shares on the TSX-V on the day before; and (ii) the volume-weighted average trading price of the Shares on the TSX-V for; the 10 days preceding the interest payment date (“Share Interest”).  In order to assist the Company with its cash flow until such time as the arbitral tribunal in the ‎Company’s previously announced arbitration against China National Offshore Oil Corporation and ‎its subsidiary CNOOC China Limited (the “CNOOC Arbitration”) issues its award, Mr. Hwang and ‎PIHI have previously agreed that payment of the Cash Interest in respect of the New Bonds and the New B Bonds will be deferred and ‎accrued, while Share Interest shall continue to be paid in accordance with the terms of the New Bonds and the New B Bonds.

The Bonds are convertible, at the option of the bondholder, at any time during the period commencing four months and a day following the date of issuance up to the date that is 10 days prior to the date of maturity of the Bonds, into Shares.  The conversion price for the New Bonds is CAD $0.70 per Share, and the conversion price for the New B Bonds is of CAD$0.85 per Share.  The 5,567,704 Shares have been issued to PIHI at a deemed price of CAD$0.030 per Share, the volume-weighted average TSX-V trading price of the Shares for the ten days preceding the interest payment date of December 15, 2019.

At the Bank of Canada daily exchange rate for $US of 1.3183 as of December 15, 2019, 35,704,882 Shares were issuable upon conversion of the Bonds, and assuming such conversion. Mr. Hwang had beneficial ownership, directly and indirectly through PIHI, and control of 181,618,789 Shares, or approximately 71.64% of the issued and outstanding Shares, representing a change in Mr. Hwang’s security holding percentage in the Shares of 2.01% from his beneficial ownership reported on January 8, 2019.  If conversion of the Bonds is not assumed, Mr. Hwang, together with PIHI, owns 145,913,907 Shares, ‎representing approximately 67% of ‎the Company’s 217,793,579 Shares issued and outstanding. ‎

Mr. Hwang, through PIHI, will acquire beneficial ownership of further Shares as Share Interest, and may convert Bonds, or purchase or sell Shares in the market, in the future depending on market conditions and other factors relevant to his investment decisions.  Mr. Hwang has no plans or future intentions by himself or with any joint actors which relate to or would result in: a corporate transaction, such as a merger, reorganization or liquidation, involving Primeline or any of its subsidiaries; a sale or transfer of a material amount of Primeline’s assets or those of any of its subsidiaries; a change in the board of directors or management of Primeline, including any plans to change the number or term of directors or fill any existing vacancy on the board; a material change in the present capitalization or dividend policy of Primeline; a material change in Primeline’s business or corporate structure; a change in Primeline’s Articles or another action which might impede the acquisition of control of Primeline by any person or company; any class of Primeline’s securities being delisted from the TSX-V; Primeline ceasing to be a reporting issuer in any jurisdiction of Canada; a solicitation of proxies from Primeline’s securityholders; or any action similar to those enumerated above.

Primeline is an exploration and production company focusing exclusively on China natural resources ‎under petroleum contracts with CNOOC in the East China Sea. The LS36-1 Gas Field has been in ‎production since July 2014. Shares of Primeline are listed for trading on the TSX Venture Exchange ‎under the symbol PEH.‎

Please visit the Company’s website at www.pehi.com. Should you wish to receive Company news via email, please email robin@frontiermcg.com specify “Primeline Energy” in the subject line.

Some of the statements in this news release contain forward-looking information, which involves inherent risk and uncertainty affecting ‎the business of Primeline.  These statements relate to Primeline’s expectation that it will ultimately be successful in the CNOOC ‎Arbitration, and that the banks (the “Syndicate Banks”) which have provided Primeline’s project financing for the LS36-1 ‎development (the “Syndicate Facility”) will continue to take no enforcement action as a result of Primeline’s previously announced default under the ‎Syndicate Facility pending the making of the award in the CNOOC Arbitration.  Although these statements are based on assumptions ‎management believes to be reasonable, actual results may vary from those anticipated in such statements.  Primeline may not be ‎successful in the CNOOC Arbitration, and if it is successful Primeline may be unable to enforce the award of the tribunal.  The ‎Syndicate Banks may take enforcement action prior to the making of the award in the CNOOC Arbitration. Any of these events may ‎result in Primeline’s insolvency, and seizure of Primeline’s assets.  Primeline assumes no obligation to update forward-looking ‎information, except as required by law.  Exploration for oil and gas is subject to the inherent risk that it will not result in a commercial ‎discovery.‎ 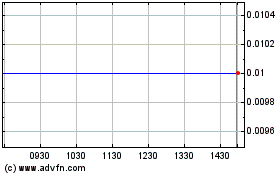