VANCOUVER, BC, Oct. 14, 2020 /CNW/ - SKRR Exploration Inc. (TSXV: SKRR) (OTC: SKKRF) (FSE: B04Q) ("SKRR" or the "Company") is pleased to report intersections of arsenopyrite bearing sulphides and disseminated arsenopyrite and quartz veining in the current and ongoing drill program at the Olson property in the Trans Hudson Corridor, Saskatchewan.

"The visual indications of mineralization for which assays are pending, are encouraging."

The drill program at the Olson property is advancing well. To date a total of 7 holes totaling 968m have been completed on 3 separate target areas; Jena/Juba, Point and Tuscan.

Samples from all seven (7) drill holes have been delivered to the laboratory and assay results are pending.

A variety of core photos are now available www.skrr.ca. 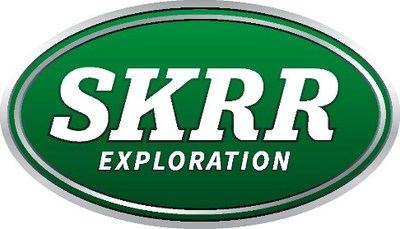 The scientific and technical information contained in this news release has been reviewed and approved by Ross McElroy P.Geol, a director of the Company and a "Qualified Person" as defined in National Instrument 43-101 – Standards of Disclosure for Mineral Projects. Mr. McElroy verified the data disclosed which includes a review of the sampling, analytical and test data underlying the information and opinions contained therein.

SKRR is a Canadian-based precious metal explorer with properties in Saskatchewan - one of the world's highest ranked mining jurisdictions. The primary exploration focus is on the Trans-Hudson Corridor in Saskatchewan in search of world class precious metal deposits.  The Trans-Hudson Orogen - although extremely well known in geological terms has been significantly under-explored in Saskatchewan.  SKRR is committed to all stakeholders including shareholders, all its partners and the environment in which it operates.

This news release contains "forward-looking information or statements" within the meaning of applicable securities laws, which may include, without limitation, statements that address the drilling on the Olson property, receipt of assays, other statements relating to the technical, financial and business prospects of the Company, its projects and other matters. All statements in this news release, other than statements of historical facts, that address events or developments that the Company expects to occur, are forward-looking statements. Although the Company believes the expectations expressed in such forward-looking statements are based on reasonable assumptions, such statements are not guarantees of future performance and actual results may differ materially from those in the forward-looking statements. Such statements and information are based on numerous assumptions regarding present and future business strategies and the environment in which the Company will operate in the future, including the price of metals, the ability to achieve its goals, that general business and economic conditions will not change in a material adverse manner, that financing will be available if and when needed and on reasonable terms. Such forward-looking information reflects the Company's views with respect to future events and is subject to risks, uncertainties and assumptions, including those filed under the Company's profile on SEDAR at www.sedar.com. Factors that could cause actual results to differ materially from those in forward looking statements include, but are not limited to, continued availability of capital and financing and general economic, market or business conditions, adverse weather conditions, decrease in the price of gold and other metals, equipment failures, failure to maintain all necessary government permits, approvals and authorizations, the impact of Covid-19 or other viruses and diseases on the Company's ability to operate, failure to maintain community acceptance (including First Nations), increase in costs, litigation, and failure of counterparties to perform their contractual obligations. The Company does not undertake to update forward–looking statements or forward–looking information, except as required by law. 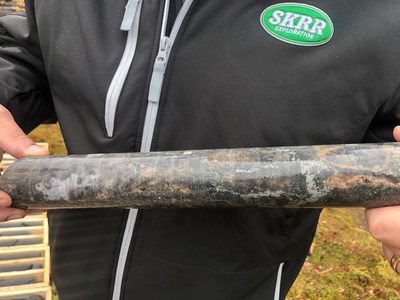 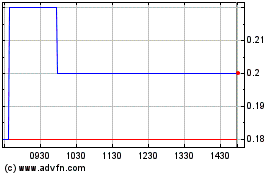