Under the terms of the East Breccia Option Agreement, Stone Gold has the option to acquire a 100% interest in the East Breccia Project by making the following cash payments and shares issuances:

Under the terms of the East Breccia Option Agreement, Stone Gold has the option to acquire a 100% interest in the Tribag Project by making the following cash payments and shares issuances:

As stated in the Stone Gold news release dated Feb 9, 2021, the East Breccia and former Tribag Copper Mine projects, a combined 3,390 hectares, encompass multiple copper rich breccia bodies some of which were mined in the late 1960s to early 1970s with an official stated production of 1,218,000 tons grading 1.52% Cu. The breccia bodies are part of a series of known copper deposits containing historic resources and numerous showings trending west southwest onto the Company's Coppercorp Property including the Richards Breccia, Jogran Porphyry, Kincaid Breccia and the historic Coppercorp Mine which reported production of 1.02 million tons grading 1.16% copper, plus silver and gold credits from 1965 to 1972. The value of the Tribag and East Breccia properties deposits is enhanced by the discovery of significant values of silver, tungsten, molybdenum, rhenium and gold associated with the mineralized bodies which have not been properly investigated to date.

The acquisition is accompanied by a voluminous historic database, when combined with the Coppercorp and Glenrock data, the Company has a unique opportunity to compile an integrated district scale three-dimensional exploration model for the Batchewana greenstone belt. The Company plans to implement new techniques and apply current technologies never utilized in this district. The purpose is to generate a focused drill test program that will delineate world class base and precious metal resources for further development.

The Company has also newly staked 35 claim units to join the East Breccia and Tribag projects to the Coppercorp-Glenrock claims, and retained the services of Ronacher McKenzie Geoscience based in Sudbury, Canada to review, format, organize and model the database for the newly combined 21,400-hectare land package. This district scale project package hosts two past copper producers, the newly combined Tribag/East breccia Cu-Ag-W-Mo-Re project and the Glenrock gold prospect which the Company intends to drill in the near future. The enlarged package is shown in the accompanied map.

Stone Gold President and CEO John Timmons commented, “We are pleased to finalize the two option agreements for the Tribag and East Breccia projects. This enlarged district scale Copper, Silver, Tungsten, Molybdenum, Rhenium and Gold project package represents an exciting opportunity to revive the Batchewana Bay mining district.   We wish to thank project optionors Kenneth Fenwick, George Lucuik, Roy Rupert and Dan Shelly for having the business acumen to combine the past producing Tribag copper mine, and the majority of the regional exploration targets with Stone Gold to create an extensive land package in Batchewana Bay. This deal has been over ten years in the making to combine these properties into one district scale project with the potential for a significant discovery.”

The information in this press release has been reviewed and approved by Trevor Boyd, P. Geo., and a Qualified Person for the technical information under NI 43-101 standards.

Stone Gold Inc. is engaged in the acquisition, exploration and evaluation of properties for the mining of precious and base metals.

Caution Regarding Forward-Looking InformationThis news release contains forward-looking information that involves substantial known and unknown risks and uncertainties, most of which are beyond the control of Stone Gold. Forward-looking statements include estimates and statements that describe Stone Gold's future plans, objectives or goals, including words to the effect that Stone Gold or its management expects a stated condition or result to occur. Forward-looking statements may be identified by such terms as "believes", "anticipates", "expects", "estimates", "may", "could", "would", "will", or "plan". Since forward-looking statements are based on assumptions and address future events and conditions, by their very nature they involve inherent risks and uncertainties. Although these statements are based on information currently available to Stone Gold, Stone Gold provides no assurance that actual results will meet management's expectations. Risks, uncertainties and other factors involved with forward-looking information could cause actual events, results, performance, prospects and opportunities to differ materially from those expressed or implied by such forward-looking information. Forward looking information in this news release includes, but is not limited to, Stone Gold's objectives, goals or future plans, statements, details of the exploration results, potential mineralization, Stone Gold's portfolio, treasury, management team and enhanced capital markets profile, the timing of the Offering, the estimation of mineral resources, exploration and mine development plans, timing of the commencement of operations and estimates of market conditions.Factors that could cause actual results to differ materially from such forward-looking information include, but are not limited to, failure or inability to complete the Offering, regulatory approval processes, failure to identify mineral resources, delays in obtaining or failures to obtain required governmental, regulatory, environmental or other project approvals, political risks, inability to fulfill the duty to accommodate First Nations and other indigenous peoples, uncertainties relating to the availability and costs of financing needed in the future, changes in equity markets, inflation, changes in exchange rates, fluctuations in commodity prices, delays in the development of projects, capital and operating costs varying significantly from estimates and the other risks involved in the mineral exploration and development industry, and those risks set out in Stone Gold's public documents filed on SEDAR. Although Stone Gold believes that the assumptions and factors used in preparing the forward-looking information in this news release are reasonable, undue reliance should not be placed on such information, which only applies as of the date of this news release, and no assurance can be given that such events will occur in the disclosed time frames or at all. Stone Gold disclaims any intention or obligation to update or revise any forward-looking information, whether as a result of new information, future events or otherwise, other than as required by law.

Neither the TSXV nor its Regulation Services Provider (as that term is defined in the policies of the TSXV) accepts responsibility for the adequacy or accuracy of this news release. 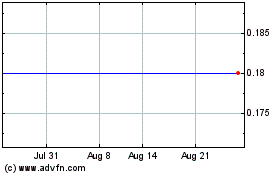 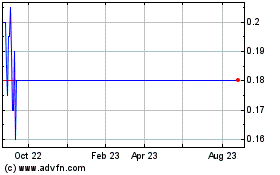 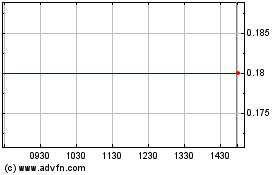