WeedMD Inc. (TSX-V:WMD) (OTCQX:WDDMF) (FSE:4WE) (“WeedMD” or the “Company”), a federally-licensed producer and distributor of medical-grade cannabis, and Starseed Holdings Inc. (“Starseed”), a medically-focused, federally-licensed cannabis company, are pleased to announce the closing of the previously announced acquisition of Starseed Holdings by WeedMD (the “Acquisition”).

“We officially welcome the Starseed team to the WeedMD family which together will kick-off 2020 as a very compelling, vertically-integrated cannabis company that will execute across the entire value chain,” said Keith Merker, CEO of WeedMD. “Starseed’s unique medical distribution platform complements WeedMD’s high-quality cultivation and processing platform. This partnership, along with the $25 million strategic equity investment by LPF, positions WeedMD and its shareholders with a fortified balance sheet and one of the most captive medical cannabis businesses in the country as we enter the new year.”

WeedMD is pleased to announce that seasoned industry leader George Scorsis is appointed as Executive Chair of its board of directors. For the last six months, Mr. Scorsis has served as executive advisor to the WeedMD board and leadership team and is widely recognized in the cannabis and beverage industries for building, leading and managing high-performing management teams.

WeedMD extends its gratitude to Michael Kraft who has served as Chair of its board of directors since the Company’s inception. As one of WeedMD’s co-founders, Mr. Kraft has been integral to its growth and success over the years and we are pleased he has accepted the role of strategic advisor to the board which includes the existing WeedMD directors:

WeedMD is pleased to welcome three new board directors from Starseed:

Additional information about WeedMD’s current board of directors can be found here.

The Company would also like to thank Rick Moscone and Kevin McGovern who have elected to step down following three years and one year of service, respectively.

WeedMD Inc. is the publicly-traded parent company of WeedMD Rx Inc., a federally-licensed producer of cannabis products for both the medical and adult-use markets. The Company owns and operates a 158-acre state-of-the-art greenhouse, outdoor and processing facility located in Strathroy, Ontario. WeedMD also operates CX Industries Inc., a wholly-owned subsidiary of WeedMD Inc., from the Company’s fully-licensed 26,000 sq. ft. Aylmer, Ontario production facility which specializes in cannabis extraction and processing. With the recent acquisition of Starseed Medicinal Inc., a medical-centric licensed holder with operations in Bowmanville, Ontario, WeedMD has expanded its multi-channeled distribution strategy. Starseed’s industry-first, exclusive partnership with LiUNA, the largest construction union in Canada, along with other employers and union groups complements WeedMD’s direct sales to medical patients. The Company maintains strategic relationships across the seniors’ market and supply agreements with Shoppers Drug Mart as well as six provincial distribution agencies where its adult-use brands Color Cannabis and Saturday are sold.

To learn more, visit us at www.weedmd.com

This press release contains “forward-looking information” within the meaning of applicable Canadian securities legislation which are based upon WeedMD’s current internal expectations, estimates, projections, assumptions and beliefs and views of future events. Forward-looking information can be identified by the use of forward-looking terminology such as “expect”, “likely”, “may”, “will”, “should”, “intend”, “anticipate”, “potential”, “proposed”, “estimate” and other similar words, including negative and grammatical variations thereof, or statements that certain events or conditions “may”, “would” or “will” happen, or by discussions of strategy. 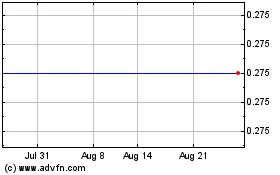 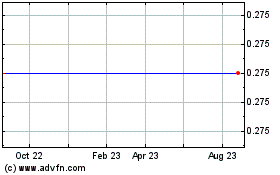 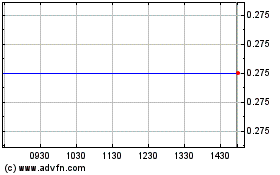