Alternet Systems (OTC Other: ALYI) stock is on sale. And at current prices, it could become an investment that keeps on giving. In fact, that’s a likely scenario in 2022, considering ALYI is better positioned today than they were in February when shares were trading at $0.20. Not only is ALYI much better stationed from an operational perspective, its planned acquisitions and expected revenues of $2 million this quarter could add momentum to a rally in progress. Hence, while ALYI stock is trading higher by more than 47% in October, it could be the precursor of better things to come.

Alternet Systems management is indeed bullish. They revised revenue guidance higher by 100%, expecting to deliver $2 million in revenues by the end of this year. In addition, they announced their expectation to close two accretive acquisitions to strengthen their operating position in Africa. Even better, those are expected to be accretive operationally and enhance current revenue streams and create new ones as well.

The better news is that those deals could close as early as November, which provides ample time to integrate them into its strategy to drive revenues sharply higher in 2022. Keep in mind, ALYI has laid the groundwork for potentially exponential growth outside of the US markets.

For the past year, ALYI has focused on creating working partnerships and advancing development deals to maximize the value of its EV and EV Ecosystem assets. While those initiatives take time to develop, it does look like the payoff may be near as ALYI inches closer to penetrating the East African markets by positioning its assets and expertise to earn a leadership position in the Kenyan motorcycle taxi market.

The even better news is that ALYI has expanded its business reach, transforming from a single product company at its start to one that has interests in multiple properties that can capitalize on the EV boom. Moreover, its partnerships and operating agreements are designed to generate business sooner rather than later and are supported by impressive margins that should help income fall faster toward the bottom line. Thus, while investors liked ALYI for only its ReVolt EV Motorcycle sales, they should like them more with the company enhancing its revenue-generating opportunities by tapping into an infrastructure built to generate revenues from the service and products side as well. Most importantly, there’s no shortage of demand.

In fact, due to the growth in the African motorcycle-taxi markets, a company like ALYI is in demand. And seizing that opportunity is in its crosshairs. ALYI is also taking advantage of what the behemoth players like Tesla (NASDAQ: TSLA) General Motors (NYSE: GM) can’t do- create a cost-effective and profitable business from a market that is too small for the big players. But by small, it’s still a billion-dollar potential. It’s just that Tesla and GM need many multiples of that just to pique an introductory interest. However, for ALYI and its partners, the market can create a revenue-generating juggernaut.

And their plan is simple. Take advantage of relatively unchallenged markets and increase the number of vehicles per 1,000 inhabitants from 44 to 100. It’s a reasonable and attainable goal that could happen sooner than later. Better yet, they are getting help from one of the world’s largest ride-share companies.

Earlier this year, UBER (NYSE: UBER) announced expanding its ride-share service into Africa. For ALYI, they can turn UBER’s ambition into a catalyst of their own. Remember, UBER develops the service side and doesn’t supply the vehicles. Thus, ALYI is ideally positioned to capitalize on filling the needs on the product side. Better still, by making efficient, cost-effective, and affordable EV motorcycles that perfectly meet the requirement, they are in the sweet spot of opportunity.

Best of all, with its finance partner RevoltTOKEN assisting in the development of its ReVolt EV bike and Eco-system, making these bikes affordable and available to thousands of people wanting to enter the boda-boda business could start happening by the end of this year. ALYI is expecting its first 2000 bikes to get delivered by the end of 2021.

The excellent news is that’s just one part of ALYI’s interests.

Partnerships To Drive And Market Innovation

The other thing to remember is that ALYI is much more than just an EV motorcycle manufacturer. They have additional interests to capitalize revenue-generating potential from other products needed to make the EV sector function. The EV battery sector is one.

And it’s a booming business, with EV manufacturers scrambling for both the metals and the expertise to secure its needed share of battery production. Of course, the big players can produce their own. But smaller EV companies need help. And ALYI is planning to deliver that help from its development partnership with iQSTEL, Inc. (OTC:IQST) to deliver state-of-the-art battery technology that can change the market landscape by creating an affordable, powerful, and environmentally friendly design. IQST is a $60 million company with expertise in the telecom, FinTech, and technology sectors.

Beyond the battery, the two are developing systems to support the charging, maintenance, and communications infrastructure needed for consumer and commercial EV vehicles. The best news is that sales of its final marketed products could easily surpass its entire $2 million revenue target for this year- in a single quarter.

And that’s just one part of the plan. ALYI is also capitalizing on untapped potential by acquiring a business to accelerate its mission of bringing Africa an annual brand name EV race and industry-wide symposium to attract the biggest names in the industry. But, in addition to the majors, they plan to attract smaller brands too. Thus, more than a meet and greet function, the symposium can potentially lead to additional partnerships. As ALYI proves, combining several smaller companies’ expertise can lead to rapid and possibly exponential growth. That’s indeed a part of the strategy. Meet and be met.

And at about $0.02 per share, the sum of those parts makes investment consideration compelling.

An Opportunity At Ground Floor Prices

Some investors are taking that price as an opportunity. More likely will as the ALYI story makes its presence known. And with multiple catalysts expected in as little as 75 days, its stock’s more than 47% jump since the start of October, while impressive, still appreciably undervalues the assets and revenue-generating potential they bring.

Moreover, as noted, ALYI is better positioned today than when share prices were at the $0.20 level at the start of the year. Thus, ALYI and its investors have every reason to expect returning to those levels, which, by the way, would be a more than 1170% surge from today’s price. Indeed, the parts are in place to make that happen.

In fact, they benefit from UBER helping develop the market, having the strongest balance sheet in its history, ongoing collaborations and partnerships with EV industry experts, and a financing partner in RevoltTOKEN to accelerate each of its revenue-generating initiatives. Thus, a perfect storm of business and revenue-generating opportunities are developing. That storm, though, may be about to burst.

So, with Alternet Systems stock showing its inherent ability to surge on company updates, being proactive in Q4 may be a wise consideration. After all, with revenue, product, and acquisition updates in the queue, the gap between current prices and 52-week highs may start to tighten considerably.

Disclaimers: Hawk Point Media is responsible for the production and distribution of this content. Hawk Point Media is not operated by a licensed broker, a dealer, or a registered investment adviser. It should be expressly understood that under no circumstances does any information published herein represent a recommendation to buy or sell a security. Our reports/releases are a commercial advertisement and are for general information purposes ONLY. We are engaged in the business of marketing and advertising companies for monetary compensation. Never invest in any stock featured on our site or emails unless you can afford to lose your entire investment. The information made available by Hawk Point Media is not intended to be, nor does it constitute, investment advice or recommendations. The contributors may buy and sell securities before and after any particular article, report and publication. In no event shall Hawk Point Media be liable to any member, guest or third party for any damages of any kind arising out of the use of any content or other material published or made available by Hawk Point Media, including, without limitation, any investment losses, lost profits, lost opportunity, special, incidental, indirect, consequential or punitive damages. Past performance is a poor indicator of future performance. The information in this video, article, and in its related newsletters, is not intended to be, nor does it constitute, investment advice or recommendations. Hawk Point Media strongly urges you conduct a complete and independent investigation of the respective companies and consideration of all pertinent risks. For some content, Hawk Point Media, its authors, contributors, or its agents, may be compensated for preparing research, video graphics, and editorial content. Hawk Point Media was compensated up to five-thousand-dollars by a third-party to research, prepare, and syndicate written and visual content about Alternet Systems, Inc. Readers are advised to review SEC periodic reports: Forms 10-Q, 10K, Form 8-K, insider reports, Forms 3, 4, 5 Schedule 13D.

The Private Securities Litigation Reform Act of 1995 provides investors a safe harbor in regard to forward-looking statements. Any statements that express or involve discussions with respect to predictions, expectations, beliefs, plans, projections, objectives, goals, assumptions or future events or performance are not statements of historical fact may be forward looking statements. Forward looking statements are based on expectations, estimates, and projections at the time the statements are made that involve a number of risks and uncertainties which could cause actual results or events to differ materially from those presently anticipated. Forward looking statements in this action may be identified through use of words such as projects, foresee, expects, will, anticipates, estimates, believes, understands, or that by statements indicating certain actions & quote; may, could, or might occur. Understand there is no guarantee past performance will be indicative of future results.Investing in micro-cap and growth securities is highly speculative and carries an extremely high degree of risk. It is possible that an investors investment may be lost or impaired due to the speculative nature of the companies profiled. 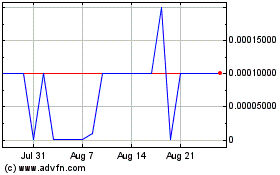 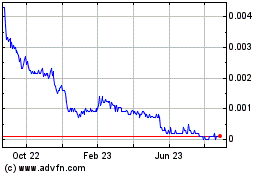 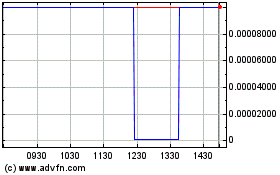