Systemair (NASDAQ OMX Stockholm: SYSR) held its Annual General Meeting on August 25, 2022 in the Systemair Expo in Skinnskatteberg, Sweden. At the meeting, 104 voting shareholders were present, alternatively submitted valid postal votes, which corresponds to 90,48 % of the total number of votes and shares. The Meeting voted in favour of the Board’s and the Nomination committee’s proposal in all suggestions. The main content of the most important decisions was:

Adoption of income statement and balance sheet, dividend and discharge from liability

The Annual General Meeting resolved to approve the income statement and balance sheet as well as the consolidated income statement and the consolidated balance sheet for the financial year 2021/2022. The Board’s proposal of a dividend of SEK 0.90 per share was approved. The record date was set to Monday, August 29, 2022. The dividend will be paid on Thursday, September 1, 2022 through Euroclear Sweden AB.

The AGM granted the Board members and the CEO discharge from liability towards the company for the financial year 2021/2022.

The Annual General Meeting resolved to approve the proposed remuneration to the Board announced in the notice convening the meeting.

The AGM re-elected Ernst & Young AB as the company's auditor. The AGM resolved that the auditor's fee shall be paid in accordance with the approved invoice.

The Chairman of the Board is instructed to contact the three largest shareholders or groups of owners in terms of votes, according to Euroclear Sweden AB's printout of the share register as of 31 January, and ask them to appoint a representative each to the Nomination Committee.

The Annual General Meeting resolved on the introduction of an incentive program (“LTIP 2022”) by the company carrying out a directed issue of a maximum of 600,000 warrants of series 2022/2026 (calculated after the share split) to the company's wholly owned subsidiary Kanalfläkt Industrial Service AB with the right and obligation for the subsidiary to transfer the warrants to certain key persons within the Group. The warrants will be available for subscription of shares during three different periods during 2025 and 2026.

Authorization for the Board to decide on a new share issue

The Annual General Meeting resolved to authorize the Board to, on one or more occasions during the period until the next Annual General Meeting, with or without deviation from the shareholders' preferential rights, decide to increase the company's share capital through a new issue of shares. With the support of the authorization, the company may issue up to a maximum of ten percent of the number of shares in the company based on the number of shares at the time when the authorization is used for the first time. The issue shall take place on market terms, subject to a market issue discount where applicable. The authorization shall include the right to decide on an issue by cash payment, by payment in kind or by set-off. The purpose of the authorization and the reason for deviating from shareholders' preferential rights is to enable financing of company acquisitions.

Amendment of the Articles of Association

The Annual General Meeting resolved on amendments to the Articles of Association, whereby the company is given the opportunity to conduct general meetings by postal vote and / or by the Board collecting proxies. Furthermore, the AGM resolved on certain editorial changes as well as changing the limits for the number of shares to enable the division of shares.

Note: The information is available in both a Swedish and an English version for publication on August 25, 2022 at 16.30.

Systemair in briefSystemair is a leading ventilation company with operations in 52 countries in Europe, North America, the Middle East, Asia, Australia and Africa. The Company had sales of SEK 9.6 billion in the 2021/22 financial year and today employs approximately 6,800 people. Systemair has reported an operating profit every year since 1974, when the company was founded. Over the past 10 years, growth has averaged 9.4 percent. Systemair helps to improve the indoor climate with the help of energy-efficient and sustainable products that reduce carbon dioxide emissions.

Systemair has well-established operations in growth markets. The Group's products are marketed under the Systemair, Frico, Fantech and Menerga brands. Systemair shares have been quoted on the Nasdaq OMX Nordic Exchange in Stockholm since October 2007 and are today traded on the Large Cap List. The Group comprises about 90 companies. 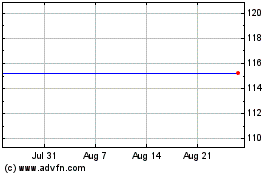 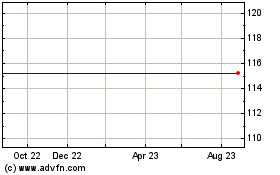 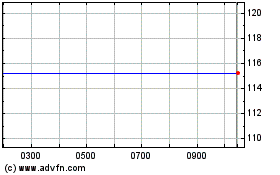