THE FOLLOWING ANNOUNCEMENT IS BEING MADE PURSUANT TO THE REQUIREMENTS OF RULE 19.6(C) OF THE CITY CODE ON TAKEOVERS AND MERGERS (THE "CODE"), WHICH, INTER ALIA, REQUIRES A PARTY TO AN OFFER TO MAKE AN ANNOUNCEMENT AT THE END OF A PERIOD OF 12 MONTHS FROM THE DATE ON WHICH THE OFFER PERIOD ENDED CONFIRMING WHETHER IT HAS TAKEN, OR NOT TAKEN, THE COURSE OF ACTION SET OUT IN ITS STATED INTENTIONS.

Rule 19.6(c) confirmation with respect to stated post-offer intentions with regard to Amerisur Resources plc

GeoPark Limited ("GeoPark") announces that, further to the acquisition of the entire issued ordinary share capital of Amerisur Resources plc ("Amerisur") by GeoPark Colombia S.A.S., a wholly owned subsidiary of GeoPark, which was implemented by means of a court-sanctioned scheme of arrangement under Part 26 of the Companies Act 2006 , and which became effective on 16 January 2020 (the "Scheme"), GeoPark has duly confirmed in writing to The Panel on Takeovers and Mergers in accordance with the requirements of Rule 19.6(c) of the Code that GeoPark has complied with its post-offer statements of intent made pursuant to Rules 2.7(c)(iv) and 24.2 of the Code, as originally detailed in its Rule 2.7 announcement of 15 November 2019 and Amerisur's scheme document published on 28 November 2019. 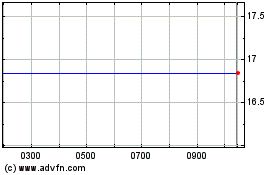