Licence considered highly prospective for Gold and other commodities including Copper, Zinc and Molybdenum

TORONTO, ONTARIO - December 8, 2020 - AEX Gold Inc. (AIM: AEXG; TSXV: AEX), an independent gold company with a portfolio of gold licences in Greenland, announces that it has been granted a new Mineral Exploration Licence in South Greenland by the Mineral Licence and Safety Authority ("MLSA"). The licence covers 335 km(2) in South Greenland and is considered highly prospective for multiple commodities including Gold, Copper, Zinc and Molybdenum.

References to figures and tables relate to the version visible in PDF format on the website by clicking the link below: https://www.aexgold.com/investors/regulatory-news-alerts/#tsx-news

-- The area is readily accessible, adjacent to deep water fjords close to the regional population centres of Narsaq and Qaqortoq, 30 km SW of Narsarsuaq international airport

-- AEX is working with GoldSpot Discoveries Corp. to generate exploration targets and work programmes for 2021.

"Our geologists have spent considerable time assessing various exploration licence opportunities in South Greenland and we believe this is one of the most exciting and prospective we have seen outside the known gold belts, where we already hold the prime acreage. This new licence is highly complementary to our existing portfolio and will provide further optionality for the Company as we seek to prioritise targets for future development as part of our strategy of creating a full cycle gold mining company.

The historic grab samples on this licence and the nature of the intrusions are exactly what we are looking for and are highly prospective for gold not to mention copper, zinc and molybdenum. Through our partnership with GoldSpot we are compiling and analysing data with the aim of targeting a more detailed exploration programme on the ground in 2021. Speaking as a geologist myself, this type of deposit is exactly what makes Greenland so exciting and we look forward to updating the market as we progress."

Figure 1 Geological map of South Greenland showing new licence MEL 2021-02 in black and AEX's existing licence holdings in yellow. The late Julianehåb igneous complex is coloured dark pink on the map and occupies the northern part of the batholith.

New Mineral Exploration Licence MEL 2021-02 "Kangerluarsuk" totals 335 km(2) and covers granites north of Kangerluarsuk fjord (Figure 1). The area benefits from excellent bedrock exposure, is surrounded by deep-water fjords and is close to the regional population centres of Narsaq and Qaqortoq, and Narsarsuaq International Airport which is located 30 km to the northeast. Aside from some work by the Geological Survey of Greenland in the late 1970s as part of regional uranium exploration programs (SYDURAN and SYDEX), the area has not seen any significant commercial exploration and AEX believes that the northern part of the Julianehåb batholith has been overlooked.

The geology of South Greenland is dominated by the Paleoproterozoic Ketilidian orogenic belt (1850 - 1725 Ma), formed during subduction of an oceanic plate under the Archean North Atlantic Craton. The orogen can be divided into three broad zones from northwest to southeast (Figure 2):

1. The Border Zone, where crystalline rocks of the Archean craton are unconformably overlain by Ketilidian supracrustal rocks

2. The Julianehåb Batholith, a large polyphase calc-alkaline batholith which was emplaced in a continental arc setting, along with numerous appinite dykes

3. Ketilidian supracrustal rocks that are psammitic close to the contact with the batholith and more pelitic in the southeast, with subordinate mafic volcanics and volcaniclastics, intruded by a post-orogenic suite of rapakivi granites.

The Ketilidian orogen in South Greenland is effectively a western extension of the Paleoproterozoic Svecofennian orogen in northern Sweden, one of Europe's major metallogenic provinces which hosts numerous gold and base metal deposits. The late northern part of the Julianehåb Batholith emplaced between 1800-1780 Ma is considered by the Company as being analogous to granites of similar age in Sweden which host several porphyry copper deposits including Aitik, one of the largest copper mines in Europe.

Known mineralisation within the late Julianehåb granites includes a small copper deposit worked during the 19(th) Century at Frederick VII mine near Qaqortoq, and widespread uranium mineralisation which was discovered during a regional uranium exploration program, SYDURAN (later SYDEX), in the late 1970s and 1980s. Regional geological mapping was carried out in the late 1950s and early 1960s, largely from aerial photographs.

The SYDURAN project included a regional stream sediment sampling campaign in 1979 covering most of South Greenland, which was followed up in 1990 by NunaOil who collected heavy mineral concentrates in 20 sub-areas identified as anomalous for gold, including parts of the Kangerluarsuk licence. There has been no commercial exploration since, however local prospectors have discovered several mineral occurrences in the area as part of the Ujarassiorit 'National Mineral Hunt' initiative. Selected samples are shown in Table 1 and Figure 3.

Samples collected as part of the regional SYDEX uranium exploration project (Nyegaard, 1986) - not assayed for gold.

Following the discovery of a sample with visible gold in 2011 (Figure 4), the Geological Survey of Denmark and Greenland (GEUS) visited the area for one day in 2013, describing the granite north of Kangerluarsuk fjord as hosting abundant quartz veins with pronounced hematite alteration (Figure 5), widespread propylitic alteration and locally malachite staining (Figure 6) (Kolb and Bagas, 2013). Of particular interest is the description of widespread epidote-quartz-magnetite alteration, with up to 7 vol.% magnetite, and malachite staining after chalcopyrite, which are typical features of magmatic-hydrothermal copper mineralisation (e.g. Sillitoe, 1997).

Steenfelt, 2016 notes that the highest regional stream sediment values for molybdenum are found in samples from the area, and a rock sample from the area with molybdenite won the 2014 national mineral hunt competition (Naalakkersuisut, 2015).

Figure 5 Hematite alteration halo around a milky quartz vein in the Kangerluarsuk area. This type of alteration is commonly associated with gold mineralisation in deposits globally (Kolb and Bagas, 2013).

Figure 6 Malachite staining after chalcopyrite in quartz-magnetite-sulphide altered granites in the Kangerluarsuk area (Kolb and Bagas, 2013).

Despite the limited amount of information collected to date, the above points to the potential that porphyry type Cu-Mo-Au or Iron Oxide Copper Gold "IOCG" style mineralisation could be present in connection with the late Julianehåb igneous complex. AEX believes that the Kangerluarsuk area has excellent potential to host magmatic-hydrothermal mineral systems and is prospective for multiple commodities.

-- Visit the known mineral occurrences on the property and conduct detailed geological and structural mapping. Porphyry type systems are much better understood since the area was last mapped in the 1950s.

The technical information presented in this press release has been approved by James Gilbertson CGeol, who is a full-time employee and Managing Director of SRK Exploration Services Limited and a Chartered Geologist with the Geological Society of London, and as such a Qualified Person as defined by NI 43-101.

AEX's principal business objectives are the identification, acquisition, exploration and development of gold properties in Greenland. The Corporation's principal asset is a 100% interest in the Nalunaq Project, an advanced exploration stage property with an exploitation license including the previously operating Nalunaq gold mine. The Corporation has a portfolio of gold assets covering 3,870 km(2) , the largest portfolio of gold assets in Southern Greenland covering the two known gold belts in the region. AEX is incorporated under the Canada Business Corporations Act and wholly owns Nalunaq A/S, incorporated under the Greenland Public Companies Act.

This announcement does not contain inside information. 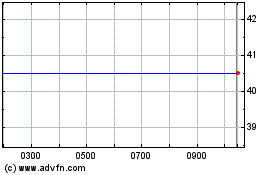