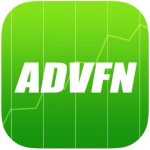 The Board of ADVFN announces that at the General Meeting of the Company held today at 11.30am, all resolutions were passed on a poll. The total number of votes received on each resolution were as follows:

1. Any proxy appointments which gave discretion to the Chairman have been included in the "against" total.

3. A vote "withheld" is not a vote in law and is not counted in the calculation of the proportion of the votes "for" and "against" a resolution.

Anthony Wollenberg, Amit Tauman and Lord David Gold have therefore been appointed as directors of the Company with immediate effect and the information required to be published in accordance with Schedule Two (g) of the AIM Rules for Companies is set out in the Appendix to this announcement.

Beaumont Cornish Limited, which is authorised and regulated in the United Kingdom by the Financial Conduct Authority, is acting as nominated adviser to the Company in relation to the matters referred to in this announcement and its responsibilities as the Company's nominated adviser under the AIM Rules for Nominated Advisers are owed solely to London Stock Exchange plc and are not owed to the Company or to any Director or to any other person. Furthermore, Beaumont Cornish Limited is acting exclusively for the Company and for no one else in relation to the matters described in this announcement and is not advising any other person and accordingly will not be responsible to anyone other than the Company for providing the protections afforded to clients of Beaumont Cornish Limited, or for providing advice in relation to the contents of this document or any matter referred to in it.

INFORMATION ON THE NEW DIRECTORS

Anthony Wollenberg is an independent freelance solicitor (regulated by the SRA) specialising in securities, derivatives, gaming and the prosecution of fraud. During a long and distinguished legal career of over 45 years, Mr Wollenberg has held a number of senior roles at firms including Dentons, Salans and Rakisons (which he founded and which merged with Steptoe & Johnson). He has also acted as an arbitrator at the London Court of International Arbitration. In addition to his role as a solicitor, Mr Wollenberg has a significant corporate profile as a shareholder and director (and often founder and chairman) of a number of companies (one fully listed), predominantly within the betting/gaming industry. Of particular note, he is a founder shareholder and UK director of eToro, a major investment platform which is currently the subject of a US$8bn+ Nasdaq listing. eToro is regulated by the FCA and Mr Wollenberg is also regulated by the UK Gambling Commission.

Amit Tauman (born in 1991) is an expert in artificial intelligence, reinforcement learning, algorithms and blockchain technology (applied to non-fungible tokens). He undertook a B.Sc. degree in mathematics and economics at Tel Aviv University, graduating in 2018 with distinction, following which he obtained an M.Sc. degree in mathematics and computer science (also with distinction) from the Weizmann Institute of Technology in Israel, with a particular emphasis on artificial intelligence. Mr Tauman was previously a research analyst focusing on biological computation and machine learning, and he is currently involved in building complex trading models using deep reinforcement learning and cutting-edge algorithms for automated stock trading.

Lord Gold is an English solicitor (admitted in 1975); a member of the House of Lords (since February 2011); Principal of David Gold & Associates (established in 2010) and Director of Gold Collins Associates (established in 2018); Chairman of the investment committee of Balance Legal Capital, a litigation funder (since its inception in 2015); and Chairman of ESCP Europe Business School (since 2018). He was also appointed as a corporate monitor by the US Department of Justice in respect of BAE Systems in 2010-2012, and has been a monitor for the UK Cabinet Office in respect of the Airbus Group since 2020.

As required under Schedule Two, paragraph (g) (i)-(viii) of the AIM Rules for Companies, further disclosures on the proposed directors are as follows.

1.1 Anthony (Tony) Stephen Wollenberg, aged 72, has held the following directorships and/or partnerships in the past five years:

1.3 Mr. Wollenberg was formerly a director of VGCH Limited, previously known as Global Gaming Ventures (Holdings) Limited, between November 2015 and May 2019. A receiver to VGCH Limited was appointed on 17 August 2017 by ABC Funding, LLC. The receiver ceased to act on 19 August 2019 and VGCH Limited continues in existence. There was no loss to creditors.

1.4 Mr. Wollenberg was appointed a director of Livia's Health Foods Limited("LHF") in September 2020. On 17 February 2022 the directors of LHF appointed administrators. The administrators completed a pre-pack sale of LHF's business and assets for an initial consideration of GBP355,000 together with a deferred consideration based on revenue valued at GBP100,000. It is possible that all creditors will, in due course, be paid in full. The administration is ongoing.

1.5 There is no further information on Mr. Wollenberg required to be disclosed under Schedule Two, paragraph (g) of the AIM Rules for Companies.

2.1 Amit Endi Yosef Tauman, aged 30, has not held any directorships and/or partnerships in the past five years.

2.3 There is no further information on Mr. Tauman required to be disclosed under Schedule Two, paragraph (g) of the AIM Rules for Companies.

3.1 David Laurence Gold (Lord Gold), aged 71, has held the following directorships and/or partnerships in the past five years:

There is no further information on Lord Gold required to be disclosed under Schedule Two, paragraph (g) of the AIM Rules for Companies. 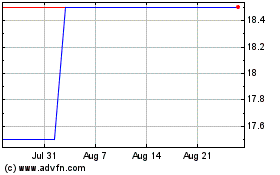 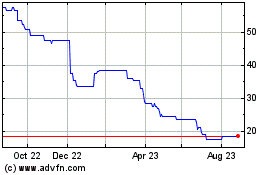 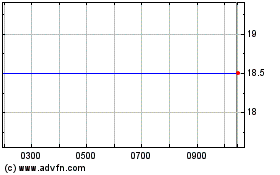