The Board of Associated British Engineering Plc (ABE) announces that they have signed two interconnected agreements one for the reorganisation of the group's "assets for resale" and the other for the disposal of all its remaining interest in the principal operating subsidiary British Polar Engines Ltd (BPE). The disposal of BPE is subject to shareholder approval at a General Meeting unless the Financial Conduct Authority allows an exemption. The reorganisation is not subject to shareholder consent and resulted in 60% of the "assets held for resale" being transferred to the Pension Fund in settlement of its debt and the remaining 40% the subject of an intragroup transfer to ABE at cost.

The British Polar Engines Ltd on-going trading business in marine diesels, together with the fixed assets held by BPE and all its liabilities, will be sold as part of the arrangements. This specifically excludes the shares held by BPE for resale as mentioned above and as shown in the last published unaudited interim accounts.

The gross assets of BPE being disposed of amount to GBP1,553,000 as in the last published accounts for the six months ended 30 September 2019 and BPE reported a loss before taxation of GBP234,000 for that period. The value of the assets being transferred to MEWA Industrial Holdings Limited under the deal amounts to the shares in BPE valued at GBP1 and the value of the loans to BPE from ABE being transferred to Mr Marks amount with a nominal value of cGBP1.3m for a cash payment of GBP100,000. The liability for the British Polar Engines Ltd section of the pension fund in the March 2019 audited Interim Accounts amounted to GBP3,471,000.

The material terms of the transactions are as follows.

GBP100,000 cash for the intercompany loans between ABE and BPE and GBP1 for 100% of the ordinary shares of BPE.

The Pension Fund is a commitment of BPE only and the Trustees of the Associated British Engineering pension fund, having taken advice, have approved these transactions and have agreed through a Declaration of Trust that ABE will be responsible for the disposal for all the shares subject to the reorganisation mentioned above. This Declaration requires that any disposal of the shares to be agreed by ABE and distributed 40% to Associated British Engineering Plc. and 60% to the Pension Fund.

If the disposal of BPE is not approved by shareholders (or the requirement waived) then the Declaration of Trust will not happen and the Trustees of the Pension Fund may put the Pension Fund into wind up.

The Directors have agreed to support and vote in favour of such arrangements in respect of the shares that they own amounting to 431,465 shares representing over 21 per cent. of the Company's issued share capital. Upon completion of the transactions ABE will have positive assets and no borrowings; your directors will consider the use of the cash and the investments in ABE. They will also continue to actively consider the possible acquisition of a new business.

An announcement will be made and, as required, a circular will be sent to shareholders in the near future together with any further information, following discussions with the listing authorities. 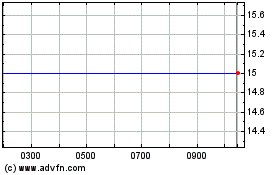