Ashley House plc ("Ashley House" or the "Company") announces that it has filed a Company Voluntary Arrangement ("CVA") proposal and is in discussions for the Company to potentially combine with Piper Homes plc ("Piper"), an unlisted Midland based housing developer, by way of a Reverse Takeover or similar transaction.

Since that date, the Company has explored many options to raise further funding and corporate opportunities to meet its ongoing working capital commitments and to support its affordable housing strategy. This included the administration of the Company's 76% subsidiary, F1 Modular Limited, as announced on 30 March 2020 and the sale of its interests in Partnering Health Limited and Infracare LIFT Holdings Limited as announced on 7 May 2020.

Despite its best efforts, the Company has been unable to raise further funds with the COVID-19 pandemic seriously restricting the Company's ability to do so.

For the last two months, the Company has been discussing a potential transaction with Piper. The discussions have been wide ranging but have included, amongst other structures, whether Piper could potentially obtain a listing through a Reverse Takeover of the Company pursuant to AIM Rule 14 or another similar transaction (the "Proposed Transaction").

In order to allow the Company to pursue a future corporate strategy and avoid administration or liquidation and to achieve the best result possible from the current position for creditors, shareholders and other stakeholders, the Board believes that it is in the best interests of the Company to enter into the following arrangements:

-- Documentation has been filed in the High Court and will today be dispatched to the creditors of the Company, together with a notice convening a Creditors' Meeting, the purpose of which is to consider the Directors' proposal for a CVA, subject to shareholder approval;

-- The Company has engaged Begbies Traynor (Central) LLP to act as Nominee and Supervisor for the CVA;

-- Piper Homes plc has paid GBP50,000 to Ashley House to fund the initial costs of pursuing the proposals, with a further GBP50,000 payable once the CVA has been approved and the 28 day challenge period has passed; and

-- The Company is issuing today a Circular to shareholders ("Circular") setting out the background to the CVA and seeking shareholders' approval for it. Notice convening a General Meeting to be held on 18 August 2020, to consider and, if thought fit, approve a Resolution giving this approval, is set out at the end of the Circular.

The CVA will not result in any distribution being made to existing members in their capacity as shareholders.

Based upon discussions to date, shareholders should be aware that, in any Proposed Transaction, the value attributable to the equity in Ashley House is likely to be minimal, albeit it is anticipated that shareholders would have some further opportunity to participate in the enlarged group through a subscription warrant structure. Further details will be provided in due course.

Any Proposed Transaction with Piper is conditional upon:

(i) the approval of the CVA both by shareholders and by the Company's creditors; and

(ii) the passing in due course at a General Meeting of resolutions to approve the Proposed Transaction, the grant of authority to allot new shares in connection with such transaction and waiver by the Takeover Panel of the mandatory offer requirement which would otherwise arise from such allotment.

The Company's reporting deadline for the publication of its annual audited accounts for the period ended 31 October 2019 has been extended to 31 July 2020 as a result of the COVID-19 pandemic. The Company will not now be in a position to publish its accounts by this date. The results for the eighteen month period to 31 October 2019 will show a significant loss.

As stated above, the shares of the Company were suspended from trading on AIM on 6 March 2020 as a result of material financial uncertainty. In order to complete the Proposed Transaction, the Company would need to seek from the London Stock Exchange permission to extend beyond 6 September 2020 the period during which its shares remain suspended and should it do so, such permission may or may not be forthcoming. However, the Company and Piper in any case continue to explore alternative means to deliver a similar commercial outcome and will update shareholders in due course.

The Company again thanks its lenders, creditors, shareholders and all stakeholders for their continued patience and support in this difficult time.

Not for release, publication or distribution, in whole or in part, directly or indirectly in, into or from any jurisdiction where to do so would constitute a violation of the relevant laws or regulations of such jurisdiction. 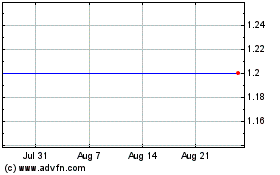 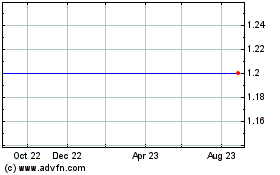 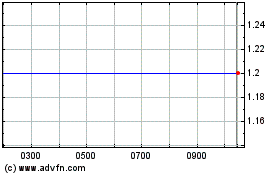