The Board of BH Macro Limited (“BHMG”) has been approached by its largest shareholder, Investec Wealth & Investment Limited (“Investec”), to explore the possibility of a combination with BH Global Limited (“BHGG”).  BHMG understands that Investec has made the same request to the board of BHGG.  Investec is a significant shareholder of BHGG as well as BHMG.

The BHMG board views Investec’s proposal as a positive suggestion and would welcome the opportunity to enter into discussions with the BHGG board as soon as practicable regarding the possible combination of the two companies.  Investec has requested that these discussions take place before the launch of the tender offers that have been previously announced by each company following shareholder approval of the changes to their respective management agreements in March.

Instead of each company potentially continuing in a smaller, more illiquid form, with significantly overlapping investment portfolios, the BHMG board sees significant merit in the suggestion that the interests of shareholders in both BHMG and BHGG would be best served by a combination into a larger, single, company with an exit opportunity being offered to those shareholders who no longer wished to remain invested.

Brevan Howard Capital Management LP, the manager of both companies, has confirmed that it is supportive of discussions between the two companies taking place and that it would help facilitate any agreed combination of the two companies, including by not seeking to enforce any notice period or compensation payment under the existing management agreements in connection with the combination. 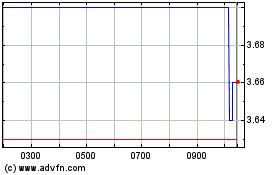