Berkeley Energia Limited ("Berkeley" or the "Company") notes media reports following a meeting of the Commission of Ecological Transition of the Parliament in Spain ("Commission") held on 8 April 2021, that discuss the Commission's approval of an amendment to the draft climate change and energy transition bill relating to the investigation and exploitation of radioactive minerals (e.g. uranium).

Berkeley understands the Commission reviewed and approved the modified amendment proposed by the Ecological Transition Ponencia ("Ponencia") in February 2021 (see announcement dated 24 February 2021) however, the Company

As previously reported by the Company, under the modified amendment proposed by the Ponencia:

-- New applications for exploration, investigation or direct exploitation concessions for radioactive materials, nor their extensions, would not be accepted as of the entry into force of this law.

-- Existing concessions, and open proceedings and applications related to these, would continue as per normal based on the current legislation.

Importantly, existing rights for exploration, investigation and exploitation concessions would remain in force during their validity period. Existing proceedings underway would also continue under the legal framework set up by the current regulations.

The amendment to the draft climate change and energy transition bill approved by the Commission must now be reviewed and approved or rejected by the Spanish Senate. The process in the Senate must be completed and consistent with that of the Parliament, and the amendment supported by a majority of votes, for it to be approved. Accordingly, the amendment relating to the investigation and exploitation of radioactive minerals may or may not be included in the final draft of the climate change and energy transition bill.

Berkeley's position on any adverse changes that may be included in the final draft of the climate change and energy transition bill is clear: prohibition of economic activities in Spain with no justified reasons is contrary to the Spanish Constitution and to the legal rights recognised by other international instruments. In particular, it must be taken into account that the Company currently holds legal, valid and consolidated rights for the investigation and exploitation of its mining projects, including a valid 30 year mining licence (renewable for two further periods of 30 years) for the Salamanca mine. The approval of any amendment which would imply a retroactive measure which expropriates the legal rights of Berkeley with no justification is not acceptable.

With more than 120 previously granted permits and favourable reports by the relevant authorities at the local, regional, federal and European Union levels, the Authorisation for Construction for the uranium concentrate plant as a radioactive facility ("NSC II") is the only pending approval required to commence full construction of the Salamanca mine.

The Company is continuing to engage with the relevant authorities to advance the approvals process for the Salamanca mine and will keep the market fully informed of any developments. 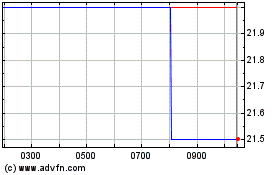