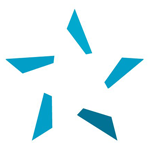 Blue Star Capital plc (AIM: BLU), the investing company with a focus on esports, payments, technology and its applications within media and gaming, is pleased to provide the following update in respect of its investee company Guild Esports PLC ("Guild"), a global team organisation and lifestyle brand.

The Company notes that Guild announced today, that it has signed a two-year multi-million-pound sponsorship deal with Subway, covering 55 markets in the EMEA region, becoming the company's Official Quick-Service Restaurant Partner commencing on 25 March 2021.

The deal is the third revenue-generating sponsorship secured by Guild since its flotation on the London Stock Exchange on 2 October 2020. Under the terms of the contract, Guild will receive four equal instalments in cash over a 24-month period.

Guild is the first esports organisation to sign an EMEA-wide sponsorship agreement with Subway, the world's largest submarine sandwich chain with more than 44,000 locations globally.

The deal provides Subway with marketing rights and exposure across Guild's team jersey as well as social and digital content featuring the company's pro-players and content creators. Subway's logo and brand will also be displayed at Guild's new London headquarters which is opening later this year.

In addition, Subway has been appointed an Official Academy Partner of Guild and will be fully integrated into its digital and physical programme.

Guild Esports PLC is a global fan-focused team organisation and lifestyle brand that fields professional players in gaming competitions under the Guild banner. Our in-house training academy aims to attract and nurture the best esports talent, and our goal is to provide the ultimate entertainment experience alongside a distinctive lifestyle brand authentic to the esports community worldwide. Guild is led by an experienced management team of esports veterans and co-owned by David Beckham. The Company is headquartered in the UK and its shares are listed on the main market of the London Stock Exchange (ticker: GILD).

Derek Lew, CEO of Blue Star commented , " This Subway sponsorship is the perfect demonstration of how Guild Esports is able to successfully monetise its position as a global leader in the rapidly growing esports market. It is exactly the kind of integrated commercial package that works for all parties: Guild, Subway and, just as importantly, for the millions of players across the globe ."

The Directors of the Company are responsible for the release of this announcement.

Blue Star is an investing company with a focus on new technologies. Blue Star's investments include a 27.7% holding in SatoshiPay, a payments business using blockchain technology; investments in 6 early stage esports companies with shareholdings ranging from 5.9% to 13.6% and a 0.9% investment in Sthaler, an identity and payments technology business which enables a consumer to identify themselves and pay using just their finger. 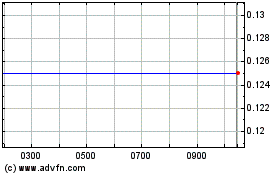