The information contained in this release was correct as at 31 March 2021.  Information on the Company’s up to date net asset values can be found on the London Stock Exchange Website at

All information is at 31 March 2021 and unaudited.

***Calculated as a percentage of average net assets and using expenses, excluding Performance fees and interest costs for the year ended 30 September 2020.

The Company’s NAV returned +0.6%1 versus the Company’s benchmark (the MSCI Emerging ex Selected Countries + Frontier Markets + Saudi Arabia Index (“Benchmark Index”)), which returned +1.1% in March2. For reference, the MSCI Emerging Markets Index ended the month -1.5% and the MSCI Frontier Markets Index +0.3%2 over the same period (all performance figures are on a US Dollar basis with net income reinvested).

Frontier markets took a pause in March.  Appetite for risk assets was tempered by rising US yields and the incidence of second waves of Covid-19 in many countries leading to new mobility restrictions, and delaying hopes of reopening in many cases. The path has been playing out as we’ve anticipated so far with many countries experiencing second waves with the spread of new variants moving through these countries at different speeds. The next few months may remain challenged by Covid-19 related news flow while our base case for broad based economic normalisation in the second half of  2021 remains unchanged and we continue to believe Frontier assets are very attractively valued in this context.

MSCI Saudi was the best performing market gaining 9.7% in March, helped by rising US yields and US Dollar strength which outweighed a modest drop in oil prices. MSCI Turkey was the worst performing market down by 15.8% as markets sold off sharply after the Central Bank governor was replaced. Most ASEAN markets also lagged Malaysia (-3.3%), Philippines (-5.0%) and Indonesia (-6.5%), with the exception of Thailand (+1.8%).

Our positions in Malaysia and Greece contributed the most in March. Casino and hotel operator Genting rose 8% on tentative signs of leisure travel returning in Asia. In Greece our two holdings in financials Eurobank and National Bank of Greece rose 6% and 14% respectively as these banks are finally breaking free of its bad debts from the 2008 Global Financial crisis. The balance sheet clean-up which has been ongoing since then is reaching its final stages which will allow banks to restart lending at the same time that the country is receiving stimulus from the European Union, a positive backdrop in our view for our holdings there.

Our holdings in Egypt and Turkey were the biggest detractors over the month.   Egyptian tobacco stock Eastern Company fell by 23% on the back of a government proposal to allow other companies to enter the cigarette manufacturing industry in Egypt, effectively breaking the company’s monopoly. In Turkey, all our holdings sold off sharply on the surprise replacement of the head of the Central Bank. We had previously increased positions on signs of more policy orthodoxy which this announcement sent into reverse. Turkey is in a precarious funding position having used up reserves and deposits to support its currency whilst still requiring further US Dollars to finance imports and service its debt. We significantly reduced exposure as a result, concerned about further currency devaluation.

We rotated the portfolio somewhat in March and gross exposure at month end was temporarily lower than the usual levels as a result. This is a reflection of the fact that we have a number of trades in flight rather than an indication of reduced conviction. In addition to the Turkish trades described above, we exited our position in Kaz Minerals following a bid from the controlling shareholder to take the company private. We have increased exposure to property company Emaar Holdings as the UAE real estate market is finally showing some signs of life. We also added to our positions in Saudi banks which are beneficiaries of strong domestic loan growth and rising US yields.

Globally the economy is recovering quickly with US job growth and record manufacturing surveys all pointing to strength and as noted by upgrades of its global growth forecasts by the IMF. This recovery is happening alongside increasing fiscal and monetary support. We believe this backdrop is likely to be inflationary given the broad spending plans across private and public spending, which we are starting to see reflected in commodity prices. We believe that frontier markets continue to look very attractive against this backdrop both on a relative and absolute basis, containing some of the best valued companies globally with a number of markets still trading significantly below their average 10-year price to book valuations.

Latest information is available by typing www.blackrock.com/uk/brfi on the internet, "BLRKINDEX" on Reuters, "BLRK" on Bloomberg or "8800" on Topic 3 (ICV terminal). Neither the contents of the Manager’s website nor the contents of any website accessible from hyperlinks on BlackRock’s website (or any other website) is incorporated into, or forms part of, this announcement. 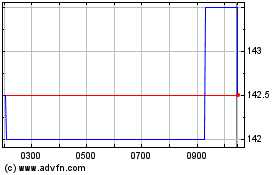