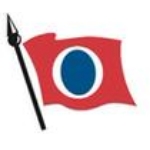 SANTA CLARITA, Calif., July 27, 2021 /PRNewswire/ -- Princess Cruises made history when the cruise line introduced its revolutionary shore power program and began operations in partnership with the City and Borough of Juneau and Alaska Electric Light and Power Company in the summer of 2001. Now, 20 years later when Princess Cruises vessels arrive at the Franklin Dock, ships continue to "plug in" to local surplus hydroelectric power and turn off the diesel engines, reducing the impact of visible air emissions and the cruise line's carbon footprint in an effort applauded by local government officials and the residents of the capital city.

"Shore power in Juneau has been a significant win-win situation, not only for Princess but also for the customers of Alaska Electric Light and Power Company and the residents of the City and Borough of Juneau who have been incredible partners over the last 20 years," said Jan Swartz, Princess Cruises president. "Our beneficial collaboration has paved the way for the cruise industry to reduce air emissions and allow cruise ships to 'plug in.'"

In addition to this investment, for the past 20 years, every dollar spent by Princess for purchasing electrical energy in Juneau has been credited to a cost of power adjustment, or COPA account. This credit is used to offset any diesel expenses in the next quarter, and any extra funds go back to residents and businesses in Juneau in the form of a rebate on electric bills. To date, this has benefitted the Juneau community by $8.5 million dollars.

"The implementation of shore power in Juneau 20 years ago was a truly remarkable accomplishment and this first-of-its-kind program became a reality in our capital city through our partnership with Princess," said Connie Hulbert, Alaska Electric, Light and Power Company president and general manager. "We are proud that our remote city, with our own isolated electric grid, is the first place in the world to use this innovative technology for passenger vessels, which has provided economic and environmental benefits to the community of Juneau"

Shore power, also known as "cold ironing," enables ships to connect to local electric power and turn off their diesel engines.  The specialized shore side equipment includes a specially designed transformer, and a sophisticated system of cables, circuit breakers and control circuits. Shore-based electricity then runs all onboard services during the day-long calls.

To create this unusual power system, Princess has outfitted all 14 of its ships with custom-built hardware and automation that automatically connects the ship's electrical network to the local electrical network ashore. The electrical power is transmitted from the transformer ashore to the vessel via multiple 3 ½-inch diameter flexible electrical cables on the dock. (In Juneau, the cables hang festooning-style on a special gantry system designed to accommodate the 25-foot rise and fall of the tide and withstand the 100 mph Juneau winds during the winter.) The actual cable connection on the vessel is a traditional, though quite large, plug and socket.

The shore power hookup is the result of a multi-million-dollar investment to build a sophisticated power distribution system designed to help clear the air of accumulated haze in the port area. Since 2001, Princess has invested more than $15 million in equipment alone to enable its vessels to connect to shore power.

The length of time needed to connect a ship to shore power and shut down the vessel's diesel generator is approximately 40 minutes after the ship has been secured at the dock. Once connected, the ship's engines are powered down and the ships relies on the local power system for all ship's services while in port.

About Princess Cruises:
One of the best-known names in cruising, Princess Cruises is the world's leading international premium cruise line and tour company operating a fleet of 14 modern cruise ships, carrying two million guests each year to 380 destinations around the globe, including the Caribbean, Alaska, Panama Canal, Mexican Riviera, Europe, South America, Australia/New Zealand, the South Pacific, Hawaii, Asia, Canada/New England, Antarctica, and World Cruises. A team of professional destination experts have curated 170 itineraries, ranging in length from three to 111 days and Princess Cruises is continuously recognized as "Best Cruise Line for Itineraries." In 2017 Princess Cruises, with parent company Carnival Corporation, introduced MedallionClass Vacations enabled by the OceanMedallion device, the vacation industry's most advanced wearable device, provided free to each guest sailing on a MedallionClass ship. The award-winning innovation offers the fastest way to an effortless personalized vacation giving guests more time to do the things they love most. The company is part of Carnival Corporation & plc (NYSE/LSE: CCL; NYSE:CUK).

In line with the latest advice from health officials about COVID-19, Princess Cruises is currently enhancing health and safety protocols with input from medical experts and government bodies and assessing how they may impact future itineraries. Actual offerings may vary from what is displayed in marketing materials. Click on the following links to stay updated on current Cruise Updates and Health & Safety protocols. 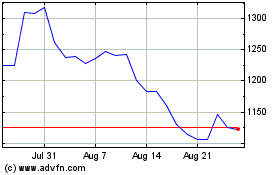 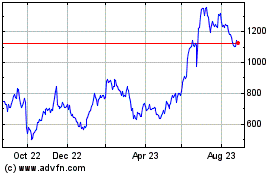 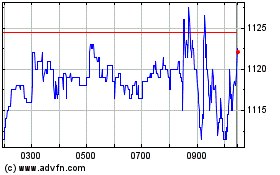