Enwell Energy plc (AIM: ENW), the AIM-quoted oil and gas exploration and production group, provides an update on operations at its Mekhediviska-Golotvshinska (MEX-GOL) and Svyrydivske (SV) gas and condensate fields and its Svystunivsko-Chervonolutskyi (SC) exploration licence in Ukraine.

At the SV field, testing operations on the SV-29 development well were delayed for a period due to local shortages of materials required in the operations, but supplies have now improved and progress has been made with the initial testing of the well. The well was spudded in February 2021 and drilled to a final depth of 5,450 metres. The primary target of the well was the V-22 reservoir within the Visean formation, and to date, one interval within this reservoir, at a drilled depth of 5,246 - 5,249 metres, has been perforated. Testing of this interval is underway using a variety of choke sizes, and initial results are promising, with gas flows and an unexpectedly high, but somewhat variable, proportion of condensate. The higher than anticipated condensate rates have required that the testing procedures be modified, such that a longer period of initial testing of this interval will be required. Once completed, it is intended to perforate and test a further interval, at a drilled depth of 5,228 - 5,232 metres, in the V-22 reservoir. Thereafter, the well will be run through the gas processing facilities to allow longer-term production testing to be conducted in order to optimise the operating parameters of the well. The well was also appraising the V-21 and V-23 horizons, and within these horizons, there were indications of hydrocarbons based on well logs which warrant further investigation in due course.

Drilling of the SV-31 well at the SV field is ongoing, with the well having reached a depth of approximately 4,489 metres. This well was spudded in September 2021, and has a target depth of 5,250 metres. The well is a development well, targeting production from the V-21 and V-22 reservoirs in the Visean formation, which have demonstrated good productivity in an existing nearby well. Drilling operations are scheduled to be completed by the end of the first quarter of 2022, and, subject to successful testing, production hook-up is scheduled during the second quarter of 2022.

In addition, the SV-2 well at the SV field has experienced water ingress and consequently has been taken off production. A workover of this well is being undertaken to investigate the cause of, and seek to remedy, the water ingress, which is planned to include the replacement of the production string. However, the well was drilled in the early 1980s, and so the condition of the equipment in the well may be poor and require alternative work to remedy the water ingress. This well is operated under a joint venture agreement with PJSC Ukrnafta, the majority State-owned oil and gas producer, pursuant to which the gas and condensate produced is sold under an equal net profit sharing arrangement between the Company and PJSC Ukrnafta.

At the MEX field, the MEX-109 well has also experienced water ingress and as a result has been taken off production. This well was drilled by the Company and completed in 2017, and therefore technical information on the well is readily available to the Company's technical team to assist with the investigation of the cause of the water ingress. A workover of the well is underway, and logging will be undertaken shortly to identify the source of the water ingress, followed by appropriate remedial works.

The shut-in of the SV-2 and MEX-109 wells has impacted current production rates and, depending on the duration of the requisite remedial works, will potentially have a material impact on the Company's overall production volumes for Q4 2021. However, continued high hydrocarbons sales prices will help to offset the anticipated overall lower production volumes and the resultant impact on revenues in Q4 2021.

At the SC licence, drilling of the SC-4 well is continuing, with the well having reached a depth of approximately 4,613 metres. This well was spudded in August 2021, and has a target depth of 5,565 metres. The well is primarily an appraisal well, targeting production from the V-22 horizon, as well as exploring the V-16 and V-21 horizons, in the Visean formation. Drilling operations are scheduled to be completed in mid-2022.

Also at the SC licence, the acquisition of 1 50 km(2) of 3D seismic has commenced, and is expected to be completed early in 2022, with processing and interpretation of the acquired seismic data scheduled for completion in Q2 2022.

Finally, construction work on the upgrades to the gas processing facilities at the MEX-GOL and SV fields is underway. In total, the upgrade works are scheduled to take approximately three and a half months to complete. T hese works involve an upgrade of the LPG extraction circuit, an increase to the flow capacity of the facilities, and a significant increase to the liquids tank storage capacity, which are designed to improve overall plant efficiencies , improve the quality of liquids produced and boost recoveries of LPG, while reducing environmental emissions.

Further updates on the progress of the abovementioned operational activities will be made in due course as further information becomes available.

Sergii Glazunov, Chief Executive Officer, said: " We are pleased to finally have some initial results from the SV-29 well, after the delays caused by the supply constraints in Ukraine, and look forward to making further progress with the testing of this well. We are also pleased with the good progress we are making in the drilling of the SV-31 and SC-4 wells, the commencement of the acquisition of 3D seismic at the SC licence and the initiation of the construction works at the MEX-GOL and SV gas processing facilities. It is unfortunate that both the SV-2 and MEX-109 wells have suffered water ingress around the same time, but we have moved quicky to commence workover operations on both wells and hope to remedy the issues encountered in the near future."

This announcement contains inside information for the purposes of Article 7 of EU Regulation 596/2014, which forms part of United Kingdom domestic law by virtue of the European Union (Withdrawal) Act 2018, as amended.

Dmitry Sazonenko, MSc Geology, MSc Petroleum Engineering, Member of AAPG, SPE and EAGE, Director of the Company, has reviewed and approved the technical information contained within this announcement in his capacity as a qualified person, as required under the AIM Rules. 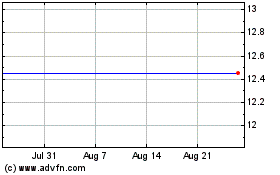 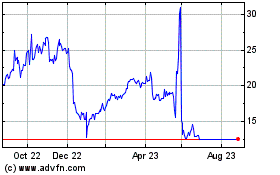 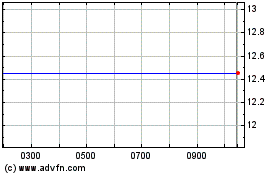