NOT FOR RELEASE, PUBLICATION OR DISTRIBUTION, IN WHOLE OR IN PART, DIRECTLY OR INDIRECTLY IN OR INTO THE UNITED STATES, AUSTRALIA, CANADA, JAPAN, THE REPUBLIC OF SOUTH AFRICA OR ANY OTHER JURISDICTION WHERE TO DO SO WOULD CONSTITUTE A VIOLATION OF THE RELEVANT LAWS OF SUCH JURISDICTION.

"The best place to find a new mine is around an existing one, so expanding our footprint to include more licences with historical mines is extremely exciting. The Pokrovskoye mine for example - reportedly 'mined out' in 1979 - contained average grades of 11.5% copper, 3.3% lead and 12% zinc. We don't believe these areas have been fully explored, especially considering changes in economic cut-off over the last 40 years and new geophysical methods such as downhole electromagnetics to explore for additional conductors which do not outcrop at surface. We are still collecting data on these areas, both in the field and via historical reports which, along with the processing of our HEM data, will dictate our exploration programme going forward.

We are grateful to the Akimat of Shemonaikha for their support of our applications and intended work plan, having received their required letters of support in just a matter of weeks after meeting with them."

The following summaries are extracted and translated from a 1996 report by 'Altai Geolog', a geology body of the Government of Kazakhstan, titled 'Geological Structure and Mineral Resources of the Eastern part of the Priirtysh Ore District' and from geological field work conducted by East Star in June 2022.

The main rock type in the ore field is tuffaceous siltstone. Large volumes of malachite veinlets along a granite porphyry were reported from the first field visit (Figure 1) as well as magnesium skarns nearby. In the area are lots of smaller waste dumps and outcrops with malachite.

This ore lens was located in a flexure along the contact of andesitic lava with a rhyolitic body. The volcanic formation was hornfelsed by granite prior to the ore stage. During this, there was tectonic brecciation with chlorite and sericite alteration.

From the field visit, a small shaft and several pits were found. The shaft crossed brecciated tuffaceous sandstones and siltstones with malachite veinlets (Figure 4). The pits contain iron oxides and quartz veins, and rare malachite and limonite veinlets. Two trenches at the lower half of slope contain malachite-quartz veinlets and lenses in brecciated siltstones.

The Rudny Altai region is one of the largest VMS provinces in the world, part of the Central Asian Orogenic Belt. Licences 1794-EL, 1795-EL and 1799-EL are located in the Rudny Altai region of Eastern Kazakhstan, adjacent to the existing licences 847-EL and 914-EL (together, the "Licences"). Administratively, the Licences are within the Shemonaikha district and are extraordinarily well connected to infrastructure. The regional centre of Oskamen/Ust-Kamenogorsk is located 45 km, and its international airport is located 35 km, southeast of the Licences. The railway connecting Ridder and Tomsk cities crosses the Licences from the south to the northwest with two railway stations located on the territory of the Licences. There is a network of dirt roads within the Licences that are suitable for driving all year round. A hard-surfaced road from Ust-Kamenogorsk to Shemonaikha crosses the western part of the Licences.

The area is characterised by moderately hilly terrain with elevations ranging between 270 m and 630 m above the mean sea level.

A number of additional reports have been located and ordered from the state geological data provider which will provide more detail to the above-mentioned historical reports. Once received, key data will be digitised and analysed to continue to grow the Company's geological model and understanding of the region and specifically the areas of known mineralisation.

The final deliverables from the HEM survey have now been received and are currently undergoing processing by East Star's external consultants after which a thorough geological review will take place to assist the modelling and then ranking of priority targets.

East Star Resources is focused on the discovery and development of gold, rare earth, and copper deposits in Kazakhstan. With an initial seven licences covering 1,694 sq km in three mineral rich districts, East Star is undertaking an intensive exploration programme, applying modern geophysics to discover minerals in levels that were not previously explored. The Company also intends to further expand its licence portfolio in Kazakhstan. East Star's management are based permanently on the ground, supported by local expertise, and joint ventures with the state mining company.

The person who arranged for the release of this announcement was Alex Walker, CEO of the Company.

Information and data presented within this announcement has been compiled by Mr Azamat Bizhanov, a Member of the Australian Institute of Geoscientists ("MAIG"). Mr Bizhanov is the Exploration Manager for East Star Resources Plc and has sufficient experience, which is relevant to the style of mineralisation, deposit type and to the activity which he is undertaking to qualify as a Competent Person defined by the 2012 Edition of the Australasian Code for Reporting Exploration Results, Mineral Resources and Ore Reserves (the "JORC" Code). This includes 10 years of Mining, Resource Estimation and Exploration relevant to the style of mineralisation. 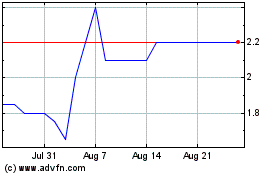 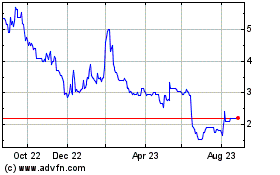 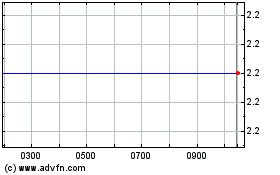