Further unique events will be staged over the coming weeks, including Burna Boy and Frank Carter & The Rattlesnakes with more to be announced

MelodyVR has this week announced an exclusive livestream with Liam Gallagher, representing his much-anticipated return to performing. Already attracting media attention around the world, the one-of-a-kind virtual event will be broadcast globally on Saturday, December 5.

The show, echoing unforgettable moments from the Sex Pistols and The Clash, will see the British rock legend accompanied by his full band performing on a barge travelling along the Thames, against a backdrop of London's most famous landmarks. The show will include iconic songs, along with fan favourites and many surprises, spanning both his solo career and his legendary time with Oasis - some of which he hasn't performed live in years.

MelodyVR's ground-breaking technology will put an international at-home audience at the heart of the action, offering a stunning visual and audio experience. Tickets go on general sale from 9am UK time on Friday, November 13 via Live Nation and MelodyVR directly.

The news is the most recent in a string of announcements from MelodyVR. Following the acclaimed Wireless Connect virtual festival in July, and its 'Live from LA' series - a collection of groundbreaking broadcasts featuring artists including John Legend, Cypress Hill and Kesha from a specially created state-of-the-art studio - MelodyVR unveiled the virtual concert partnership with Live Nation in the summer.

Kicking off with singer-songwriter Tom Grennan from the renowned O2 Academy Brixton in early October, the series has received widespread acclaim for the immersive nature and quality of the experiences it offers. The Tom Grennan livestream had viewers tune in for an average of 59 mins of the hour-long billed show and saw approximately 22,000 'jump spot' interactions during the performance, demonstrating the appeal and excitement of shows which both accurately convey the live experience whilst simultaneously offering interactive features.

This Friday, November 13, MelodyVR will present 'Brixton By Request' with punk rockers Frank Carter & The Rattlesnakes. The performance will include brand new elements such as fan chosen setlists and a 'virtual stage invasion'. Just last week, Nigerian Afrofusion megastar Burna Boy was announced as MelodyVR's next feature artist. Burna Boy's 'Live from London' show will be streamed around the globe from Brixton on Wednesday, November 18.

The MelodyVR and Live Nation ticketed events allow music fans from around the world to access wholly one-off gigs from their own homes via the MelodyVR app on smartphones, via web and on VR headsets.

"We're thrilled to be making this series of amazing concerts available to fans. In addition, as a British founded company, working on an amazing performance with Liam Gallagher, featuring some of London's most recognisable landmarks is a great honour. Tickets for Liam's performance are on general sale from Friday and based on the strong pre-sale appetite for this show, it will definitely be an event to remember. As a business, we'll be demonstrating our ability to create and distribute content across multiple-formats and devices, which will be a key part of the combined Napster/Melody platform once the transaction concludes ."

MelodyVR launched in 2018 with a simple mandate: not to replace the live music experience, but to harness the power of virtual reality to get people closer to the music they love.

By using VR technology, the founders realised that they could place fans in the crowd or on stage with their favourite musicians at live events. From epic stadium shows to intimate studio performances, the possibilities are endless: capacity restrictions are eliminated, music lovers can attend otherwise sold-out dates, and the barriers (distance, age, cost, access) that might keep people from experiencing their heroes live are swept away. The result? Artists can reach more fans than ever before, with a level of intimacy which has previously not been possible.

MelodyVR is the only licensed VR music platform and has the world's largest library of exclusive immersive and interactive music experiences from the likes of Post Malone, Lewis Capaldi, Kesha, Tom Grennan, Cypress Hill, Blake Shelton, Mabel, Wiz Khalifa, Kelly Clarkson, The Chainsmokers and Panic! At the Disco.

Available on smartphones and VR headsets, the MelodyVR app can be downloaded at on.melodyvr.com/App

This is an RNS Reach announcement. RNS Reach is an investor communication service aimed at assisting listed and unlisted (including AIM quoted) companies to distribute non-regulatory news releases into the public domain. Information required to be notified under the AIM Rules for Companies, Market Abuse Regulation or other regulation would be disseminated as an RNS regulatory announcement and not on RNS Reach. 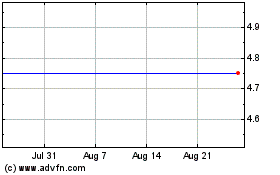 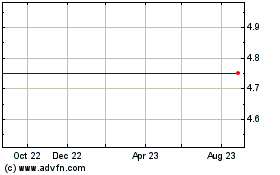 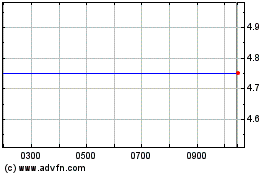