Global Petroleum Limited (AIM: GBP) is pleased to announce its updated estimate of Prospective Resources for PEL0094 (Block 2011A), offshore Namibia, after interpretation of the 3D seismic data survey recently licensed from the Namibian State Oil Company, NAMCOR, which also holds a carried interest of 17% in the Licence. Global holds a working interest of 78% and is operator.

A total of 881 million barrels of unrisked gross Prospective Resources (Best Estimate) has been estimated in PEL0094 in two prospects, of which 687 million barrels are net to Global. These are detailed in Table A and have been classified in accordance with the Society of Petroleum Engineers Petroleum Resources Management System (SPE-PRMS), and have been estimated using a probabilistic method. The Prospective Resources are based on the 3D and 2D seismic data and geological information, including analogues, to which Global has access.

As expected, the interpretation of the 3D seismic data has led to increased confidence in the two prospects previously identified, Marula and Welwitschia Deep.

The Marula prospect is a distal pinchout of Cretaceous sandstones onto the Welwitschia high. Global's interpretation of the 3D seismic data has revealed a significant amplitude anomaly whose down-dip edge conforms with structure, which has resulted in the geological chance of success of Marula being increased from 8% to 18%.

The Welwitschia Deep prospect has also been confirmed by interpretation of the 3D seismic data and the Albian carbonate reservoir has Best Estimate unrisked gross prospective resources of 671 million barrels of oil (523 million barrels net to Global) with a geological chance of success of 17%.

Further details can be found in the updated Corporate Presentation on Global Petroleum's website.

Peter Hill, Global Petroleum's CEO, commented: "As reported in March this year, we were very pleased to come to an agreement with NAMCOR to licence the existing 3D seismic data on Block 2011A in return for extra equity in the Licence, thus conserving the Company's cash resources. Our experienced technical team has carried out a comprehensive re-interpretation of the 3D data. This work has reinforced our existing view that the acreage is highly prospective, both by confirming Resource estimates and by significantly increasing the chance of success of the Marula prospect."

* "Gross" means 100% of the resources attributable to the licence, so does not include any resources outside of the licence.

** 'Net Attributable' are those resources attributable to Global Petroleum Ltd at its working interest of 78%. These numbers are not net of the 5% royalty.

"1U, 2U and 3U" denotes the unrisked low, best and high estimates respectively qualifying as Prospective Resources, and where there should be at least a 90%, 50% and 10% probability respectively that the quantities recovered will equal or exceed the estimates.

"Risk Factor" is the estimated probability that exploration activities will confirm the existence of a significant accumulation of potentially recoverable petroleum. This, then, is the chance or probability of the Prospective Resources maturing into a Contingent Resource. Where a prospect could contain either oil or gas the hydrocarbon type with the higher probability of being discovered has been listed in the table.

Prospective Resources Cautionary Statement (in accordance with AIM Listing Rules): the estimated quantities of petroleum that may be potentially recovered by the application of a future development project(s) relate to undiscovered accumulations. These estimates have both an associated risk of discovery and a risk of development. Further exploration, appraisal and evaluation are required to determine the existence of a significant quantity of potentially moveable hydrocarbons.

The petroleum resources information in this release is based on, and fairly represents, information and supporting documentation in a report compiled by Paul Howlett, who is a qualified person for the purposes of the AIM Guidance Note for Mining, Oil and Gas Companies. Paul is Consultant Exploration Manager for Global Petroleum and director/principal of Energy Explorers Limited. He has a Master's Degree in Sedimentology from Birkbeck College of the University of London , is a Member of the American Association of Petroleum Geologists and has 28 years of experience in the oil and gas industry. Mr Howlett has consented in writing to the inclusion of the petroleum resources information in this announcement in the form and context in which it appears.

Plays have been estimated in: (1) Upper Cretaceous and Paleocene sandstones, which includes the Marula prospect, but with further potential in both the east and west of PEL0094; (2) Lower-Upper Albian basinal sandstones in the south-eastern part of PEL0094 (same age play as was proven by the Cormorant-1 well) and (3) Lower Albian-Upper Aptian shallow water carbonates, which includes the Welwitschia Deep prospect, but with further potential identified in the NE of PEL0094.

The prospective resources are all interpreted to be sourced from the Aptian marine "Kudu Shale" mudstone, which is a world-class quality source rock in the wells at Kudu, Moosehead-1, Murombe-1 and Wingat-1. At the latter, also within the Walvis basin like PEL0094, high-quality, light oil was recovered to surface.

Gas has been sampled in seabed cores to the east of Welwitschia Deep prospect and immediately south of the Marula prospect and within PEL0094. This gives credence to the interpretation that the source rock has been buried within the licence to, at a minimum, the main oil window of maturity.

The Welwitschia Deep prospect is a fault and dip-closed structural trap, as are the Gemsbok, Lion and Dik Dik prospects in the company's PEL0029 licence which is immediately adjacent to PEL0094 to the west. The Repsol operated Welwitschia-1A well, which was drilled in the western part of Block 2011A in 2014, primarily targeted Upper Cretaceous sands on the crest of a large structure but did not encounter a reservoir. However, Global has now quantified part of the significant prospectivity in the deeper Albian Carbonates (Welwitschia Deep), which Welwitschia-1A did not reach.

The Marula prospect is a combination stratigraphic-structural trap, where the Upper Cretaceous, deep water sandstones pinch out to the west onto the Welwitschia structure. The reservoir is the same age as the target of the Welwitschia-1A well where the sands were found to be absent, thus providing strong evidence of an excellent lateral seal to the north west of the Marula prospect. The reservoir for Marula is proven at the 2012/13-1 well 100 kilometres to the south-east, where light and heavy oil was extracted from well samples.

Block 2011A covers an area of 5,798 square kilometres offshore northern Namibia in water depths ranging from 400 to 1,500 metres. It is adjacent and to the east of Global's current Licence PEL0029 as shown in figure 1 below.

(a) Initial Exploration Period Years 1 and 2

-- Undertake geological, geochemical and geophysical and related studies of all the data, including a gravity and magnetic study as well as a source rock and basin modelling study

(b) Initial Exploration Period Years 3 and 4

-- If the Company elects to enter into years 3 and 4, then additionally the Company will acquire and process two thousand (2,000) square kilometres of 3D seismic data in the Eastern Area

Global has examined data from nearby wells and used that to interpret its current 3D and 2D seismic dataset to establish the extent and thickness of the reservoirs and the structural configuration of the area. Petrophysical results from these wells and analogous information from relevant plays have been used to estimate inputs to the probabilistic software used to calculate the prospective resources, including values for porosity, net to gross, oil shrinkage and recovery efficiency.

Global is in the process of licensing further 2D seismic data in the licence area and outside it in order to tie to a key well. A reconnaissance amplitude with offset (AVO) study will be carried out on the 3D seismic dataset with particular emphasis on the Marula prospect.

Global will now re-start the farmout process as the Marula prospect should be particularly appealing to certain potential farminee companies.

If the results of this work are encouraging, then a 3D seismic data survey may be acquired (subject to farmout) to fully cover the southern margins of the Marula prospect and better define leads other parts of the licence. At that point it is intended to drill an exploration well on the most attractive target. 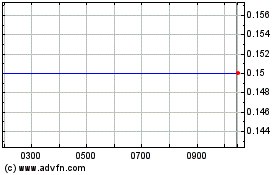