Halfords Group PLC (HFD) Halfords Group PLC: Results of Fundraise 02-Dec-2021 / 07:00 GMT/BST Dissemination of a Regulatory Announcement that contains inside information according to REGULATION (EU) No 596/2014 (MAR), transmitted by EQS Group. The issuer is solely responsible for the content of this announcement.

FURTHER, THIS ANNOUNCEMENT IS FOR INFORMATION PURPOSES ONLY AND IS NOT AN OFFER OF SECURITIES IN ANY JURISDICTION.

("Halfords" or the "Company" and together with its subsidiaries, the "Group")

Halfords, the UK's largest provider of Motoring and Cycling products and services, announces the successful completion of an equity issue of new ordinary shares in the capital of the Company ("Ordinary Shares") raising gross proceeds of approximately GBP63.4 million (the "Fundraise").

This included a placing of Ordinary Shares ("Placing Shares") announced yesterday (the "Placing").

The Placing raised gross proceeds of approximately GBP62.9 million. A total of 19,652,002 Placing Shares have conditionally been placed by Investec Bank plc ("Investec") and Peel Hunt LLP ("Peel Hunt") with certain existing and new institutional investors at an issue price of 320 pence per share (the "Offer Price").

In addition, retail investors have subscribed via the PrimaryBid platform for a total of 120,665 new Ordinary Shares (the "Retail Shares") at the Offer Price (the "Retail Offer").

In aggregate, the Fundraise comprises 19,812,104 new Ordinary Shares, representing approximately 9.9 per cent of the Company's existing issued share capital and will raise gross proceeds of approximately GBP63.4 million. The Offer Price represents nil discount to the closing share price of 320 pence on 1 December 2021.

The Placing Shares, Management Subscription Shares and Retail Shares will, when issued, be credited as fully paid and rank pari passu in all respects with each other and with the existing Ordinary Shares, including, without limitation, the right to receive all dividends and other distributions declared, made or paid after the date of issue.

Halfords consulted with a number of its major shareholders prior to the Fundraise and is pleased by the support it has received from both existing and new shareholders.

Directors' participation in the Fundraise

The following Directors have subscribed for the following number of Ordinary Shares at the Offer Price as part of the Management Subscription:

The Placing, the Management Subscription and the Retail Offer are conditional upon, inter alia, Admission becoming effective and the Placing Agreement becoming unconditional and not being terminated in accordance with its terms.

Following Admission, the Company will have a total of 218,928,736 Ordinary Shares in issue (with no shares held in treasury). Therefore, the total number of voting rights in Halfords following Admission will be 218,928,736. With effect from Admission, this figure may be used by shareholders as the denominator for the calculations by which they will determine if they are required to notify their interest in, or a change to their interest in the Company, under the Disclosure Guidance and Transparency Rules of the FCA.

The person responsible for releasing this Announcement is Loraine Woodhouse, Chief Financial Officer.

This announcement should be read in its entirety. In particular, you should read and understand the information provided in the "Important Notices" section of this announcement.

THIS ANNOUNCEMENT, INCLUDING THE APPICES AND THE INFORMATION CONTAINED HEREIN, IS RESTRICTED AND IS NOT FOR PUBLICATION, RELEASE, TRANSMISSION, FORWARDING OR DISTRIBUTION, DIRECTLY OR INDIRECTLY, IN WHOLE OR IN PART, IN OR INTO THE UNITED STATES OF AMERICA, ITS TERRITORIES AND POSSESSIONS, ANY STATE OF THE UNITED STATES OR THE DISTRICT OF COLUMBIA (COLLECTIVELY, THE "UNITED STATES"), AUSTRALIA, CANADA, SOUTH AFRICA OR JAPAN OR ANY OTHER JURISDICTION IN WHICH SUCH PUBLICATION, RELEASE OR DISTRIBUTION WOULD BE UNLAWFUL. FURTHER, THIS ANNOUNCEMENT IS FOR INFORMATION PURPOSES ONLY AND IS NOT AN OFFER OF SECURITIES IN ANY JURISDICTION. THIS ANNOUNCEMENT HAS NOT BEEN APPROVED BY THE LONDON STOCK EXCHANGE, NOR IS IT INTED THAT IT WILL BE SO APPROVED.

This Announcement or any part of it does not constitute or form part of any offer to issue or sell, or the solicitation of an offer to acquire, purchase or subscribe for, any securities in the United States, Canada, Australia, South Africa, Japan or any other jurisdiction in which the same would be unlawful. No public offering of the Placing Shares is being made in any such jurisdiction.

No action has been taken by the Company, Investec, Peel Hunt or any of their respective affiliates, or any person acting on its or their behalf that would permit an offer of the Placing Shares or possession or distribution of this Announcement or any other offering or publicity material relating to such Placing Shares in any jurisdiction where action for that purpose is required. Persons into whose possession this Announcement comes are required by the Company and the Banks to inform themselves about, and to observe, such restrictions.

No prospectus, offering memorandum, offering document or admission document has been or will be made available in connection with the matters contained in this Announcement and no such prospectus is required (in accordance with Regulation (EU) No 2017/1129 (as amended) (the "EU Prospectus Regulation") or Regulation (EU) No 2017/1129 (as amended) as it forms part of UK domestic law by virtue of the European Union (Withdrawal) Act 2018 (the "UK Prospectus Regulation")) to be published.

The Placing has not been approved, disapproved or recommended by the US Securities and Exchange Commission, any state securities commission in the United States or any US regulatory authority, nor have any of the foregoing authorities passed upon or endorsed the merits of the Placing, or the accuracy or adequacy of this presentation. Any representation to the contrary is a criminal offence in the United States.

This Announcement has not been approved by the FCA or the London Stock Exchange.

In Canada, the Placing is directed only to purchasers in the provinces of Canada purchasing, or deemed to be purchasing, as principal that are "accredited investors", as defined in National Instrument 45-106 Prospectus Exemptions or subsection 73.3(1) of the Securities Act (Ontario), and are "permitted clients", as defined in National Instrument 31-103 Registration Requirements, Exemptions and Ongoing Registrant Obligations. Any resale of the securities must be made in accordance with an exemption from, or in a transaction not subject to, the prospectus requirements of applicable securities laws.

Pursuant to section 3A.3 of National Instrument 33-105 Underwriting Conflicts ("NI 33-105"), the agents for the Placing are not required to comply with the disclosure requirements of NI 33-105 regarding underwriter conflicts of interest in connection with this offering.

The relevant clearances have not been, nor will they be, obtained from the securities commission of any province or territory of Canada, no prospectus has been lodged with, or registered by, the Australian Securities and Investments Commission or the Japanese Ministry of Finance; the relevant clearances have not been, and will not be, obtained for the South Africa Reserve Bank or any other applicable body in South Africa in relation to the Placing Shares and the Placing Shares have not been, nor will they be, registered under or offered in compliance with the securities laws of any state, province or territory of Australia, Canada, South Africa or Japan. Accordingly, the Placing Shares may not (unless an exemption under the relevant securities laws is applicable) be offered, sold, resold or delivered, directly or indirectly, in or into Australia, Canada, South Africa, or Japan or any other jurisdiction in which such activities would be unlawful.

This Announcement has been issued by and is the sole responsibility of the Company. No representation or warranty, express or implied, is or will be made as to, or in relation to, and no responsibility or liability is or will be accepted by any Bank or by any of its affiliates or any person acting on their behalf as to, or in relation to, the accuracy or completeness of this Announcement or any other written or oral information made available to or publicly available to any interested party or its advisers, and any liability therefore is expressly disclaimed.

This Announcement does not constitute a recommendation concerning any investor's investment decision with respect to the Placing. Any indication in this Announcement of the price at which ordinary shares have been bought or sold in the past cannot be relied upon as a guide to future performance. The price of shares and any income expected from them may go down as well as up and investors may not get back the full amount invested upon disposal of the shares. Past performance is no guide to future performance. This Announcement does not identify or suggest, or purport to identify or suggest, the risks (direct or indirect) that may be associated with an investment in the Placing Shares. The contents of this Announcement are not to be construed as legal, business, financial or tax advice. Each investor or prospective investor should consult his, her or its own legal adviser, business adviser, financial adviser or tax adviser for legal, financial, business or tax advice.

All offers of the Placing Shares will be made pursuant to an exemption under the Prospectus Regulation or the UK Prospectus Regulation from the requirement to produce a prospectus. This Announcement is being distributed and communicated to persons in the UK only in circumstances to which section 21(1) of the Financial Services and Markets Act 2000, as amended does not apply.

The Placing Shares to be issued or sold pursuant to the Placing will not be admitted to trading on any stock exchange other than the London Stock Exchange.

Persons (including, without limitation, nominees and trustees) who have a contractual or other legal obligation to forward a copy of this Announcement should seek appropriate advice before taking any action.

Solely for the purposes of the product governance requirements of Chapter 3 of the FCA Handbook Product Intervention and Product Governance Sourcebook (the "UK Product Governance Requirements"), and disclaiming all and any liability, whether arising in tort, contract or otherwise, which any "manufacturer" (for the purposes of the UK Product Governance Requirements) may otherwise have with respect thereto, the Placing Shares have been subject to a product approval process, which has determined that such Placing Shares are: (i) compatible with an end target market of retail investors and investors who meet the criteria of professional clients and eligible counterparties, each as defined in the FCA Handbook Conduct of Business Sourcebook; and (ii) eligible for distribution through all permitted distribution channels (the "Target Market Assessment").

Notwithstanding the Target Market Assessment, "distributors" (for the purposes of the UK Product Governance Requirements) should note that: the price of the Placing Shares may decline and investors could lose all or part of their investment; the Placing Shares offer no guaranteed income and no capital protection; and an investment in the Placing Shares is compatible only with investors who do not need a guaranteed income or capital protection, who (either alone or in conjunction with an appropriate financial or other adviser) are capable of evaluating the merits and risks of such an investment and who have sufficient resources to be able to bear any losses that may result therefrom. The Target Market Assessment is without prejudice to the requirements of any contractual, legal or regulatory selling restrictions in relation to the Placing. Furthermore, it is noted that, notwithstanding the Target Market Assessment, the Banks will only procure investors who meet the criteria of professional clients and eligible counterparties.

For the avoidance of doubt, the Target Market Assessment does not constitute: (a) an assessment of suitability or appropriateness for the purposes of Chapters 9A or 10A respectively of the FCA Handbook Conduct of Business Sourcebook; or (b) a recommendation to any investor or group of investors to invest in, or purchase or take any other action whatsoever with respect to the Placing Shares. Each distributor is responsible for undertaking its own target market assessment in respect of the Placing Shares and determining appropriate distribution channels. 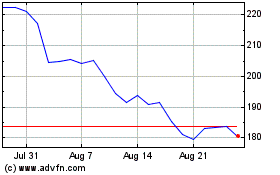 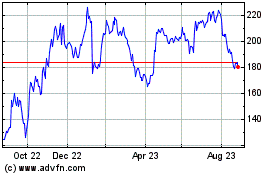 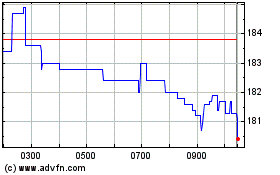