Exploration at EP-145 and Update on Falcon well

Mosman Oil and Gas Limited (AIM: MSMN) the oil exploration, development and production company announces an update on its 100% owned EP-145 project in the Amadeus Basin, in the Northern Territory of Australia and the completion of a GBP1.5 million Placing to fund the next phase of development of this project. Mosman also provides an update in respect of recent developments at the Falcon well where the Operator of the Falcon-1 well in East Texas, USA, has reported that the downhole logs have been completed and a course of action agreed.

Mosman had considered joint venture partnerships to develop EP-145, however, on further review the Board believes it is an exciting opportunity and would be beneficial to retain its 100% ownership. With the benefit of a GBP1.5m Placing, Mosman now plans further exploration on this project in the Amadeus Basin where drilling results in nearby permits have demonstrated the commercial production of hydrocarbons and the presence of significant amounts of helium (up to 6% in Magee-1) and hydrogen.

The Placing will fund all the following work planned for 2021. It does not include drilling wells.

-- Airborne gravity survey in June 2021 to provide more detail regarding the deep geology in the permit, in particular the presence and distribution of salt deposits that provide the seal for helium, hydrogen and hydrocarbons.

John W Barr, Chairman, said: " Mosman has always seen the potential in EP-145 and with a global shortage of helium and demand increasing, combined with the opportunity to fund this exciting exploration project, we look forward to the results of the next phase of the exploration programme later this year."

Details of the Fundraising

To fund the exploration programme and drilling at EP-145, the Company has raised GBP1.5m (before expenses) by way of a placing of 1,000,000,000 new ordinary shares of no par value in the capital of the Company ("Placing Shares") through the company's broker Monecor (London) Ltd, trading as ETX Capital, at a placing price of 0.15p per share (the "Placing Price") (the "Placing"). Investors are also receiving a one for two warrant exercisable at a price of 0.25p with a term of 24 months (the "Placing Warrants").

Helium has become an increasingly valuable strategic resource, used in medical, nuclear and space technology and a vital element in the manufacture of MRIs, semiconductors, and is critical for fibre optic cable manufacturing. The demand for Helium significantly exceeds current production levels and this undersupply has pushed prices to over 100 times that of natural gas resources.

Until relatively recently most of the Helium resources were supplied by the US, however, Australia is currently one of the leading producers of Helium, producing 3% of the world's supply and holds significant potential resources to expand production.

The Bayu-Undan gasfield located offshore in the Timor Sea is a source of Helium to the LNG plant in Darwin. The Helium accounts for 0.1-0.3% of raw feed gas and after processing comprises A grade liquid Helium.

Two wells have drilled into the older Proterozoic stratigraphy of the Amadeus Basin and both have encountered naturally occurring helium gas. The first well, Magee-1, drilled in 1992 flowed gas containing 6.2% Helium from the Heavitree Quartzite which directly overlies fractured grantic basement. A second well, Mt Kitty-1 drilled in 2014, encountered gas within fractured basement, containing up to 12% Helium. These extremely high concentrations are amongst the highest in the world to date.

Helium production has been primarily associated with natural gas production these high concentrations observed in the Amadeus Basin may be sufficient to enable helium extraction independent of natural gas (Waltenberg, 2015).

Mosman Oil and Gas operate its Australian permits from Sydney, Australia and have a highly experienced technical team. Technical director, Andy Carroll has 40 years of international operating experience including drilling and production with BP. Geological Advisor, Dr Julie Daws has over 25 years in the oil and gas industry working with large multi-national companies including ConocoPhillips, Statoil and independent Australian producers in hydrocarbon basins across the world. Andy and Julie have been involved in progressing EP 145 for several years with visits to EP 145 and meetings with the government and the Central Land Council. The team utilizes the expertise of Australian based Geophysical companies, including Synterra Technologies to acquire seismic and other geophysical surveys.

Permit EP145 contains proven hydrocarbon resources in traditional post-salt plays and there is evidence from seismic of large, pre-salt structures with the potential to hold significant resources of helium and hydrogen in addition to natural gas. Operators of adjacent permits EP 112 and EP 115 have identified large prospects including Dukas and Zorba (ref Central Petroleum Limited).

The fundraising is being completed by the company's broker Monecor (London) Ltd, trading as ETX Capital. ETX will receive 20 million two year warrants exercisable at 0.15p (the placing price).

Following the issue of the Fundraising Shares, the Company's share and total voting rights will comprise 3,646,513,052 Ordinary Shares of no par value and the Company does not hold any shares in treasury .

Consequently, the above figure may be used by shareholders in the Company as the denominator for the calculations by which they will determine if they are required to notify their interest in, or a change to their interest in, the share capital of the Company under the Financial Conduct Authority's Disclosure and Transparency Rules.

The Operator of the Falcon-1 well in East Texas, USA, has reported that the downhole logs have been completed.

The recent production logs indicate water is entering the well bore through the lowest perforation. The well continues to produce oil, gas and water. The Operator is preparing an AFE to squeeze cement and re-perforate the same pay zone to attempt to reduce the water flow. Subject to the results of that workover, the JV may consider completing the well in a higher zone.

Mosman has a 50% working interest in the well and will provide further updates as appropriate including in relation to the impact of reduced Falcon production on the expected results for the financial year ended 30 June 2021. 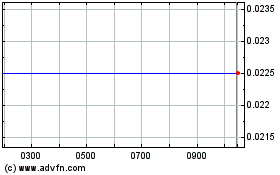