NOT FOR RELEASE, PUBLICATION OR DISTRIBUTION, IN WHOLE OR IN PART, DIRECTLY OR INDIRECTLY IN OR INTO AUSTRALIA, CANADA, JAPAN, THE REPUBLIC OF SOUTH AFRICA, THE UNITED STATES OR ANY OTHER JURISDICTION WHERE TO DO SO WOULD CONSTITUTE A VIOLATION OF THE RELEVANT LAWS OF SUCH JURISDICTION

Acquisition of JPI Publishing Limited and its Subsidiaries ("JPI Group") and

National World, (LSE:NWOR) is pleased to announce that it has acquired JPI Media Publishing Limited ("JPI") and its subsidiaries ("JPI Group") from JPI Media Limited for GBP10.2 million with completion on 2 January 2021.

-- The JPI Group is the third largest local news publisher in the UK and its iconic titles and websites include: The Scotsman, The Yorkshire Post, Belfast News Letter, Sheffield Star, Edinburgh Evening News, Portsmouth News and Lancashire Evening Post.

-- In the year ending 2 January 2021 the JPI Group is estimated to have revenue of GBP85.0 million and EBITDA (before exceptional costs) of GBP6.0 million.

-- The JPI Group will provide a platform for National World to implement its strategy of creating a sustainable local online news publishing model. In the year to 2 January 2021 the JPI Group is estimated to have digital revenue of GBP17.0 million.

-- The loan notes pay interest at 10% and are convertible into shares in National World, subject to certain conditions.

-- Trading in the shares of National World will remain suspended until such time as the Company has published a prospectus relating to the JPI Group (approved by the FCA) and the shares are re-admitted to trading on the Standard List of the London Stock Exchange.

"JPI 's historic publishing brands represent the best in journalism and have reliably served their communities and supported local businesses, in some cases for centuries, and never more than in the last year. National World will uphold this tradition and implement modern technology to grow the business across a wider footprint based on high quality, unique content.

"I am pleased with the appointment of Mark as Chief Commercial Officer and welcome Daniel to the Board. We have a very experienced Board with extensive knowledge in digital and print publishing to deliver our transformational strategy for growth."

The Company listed on the standard section of the London Stock Exchange in September 2019 to create a modern platform for news publishing by implementing a new operating model using the latest technology. Its strategy involves consolidation and change by combining digital innovation and traditional print assets to grow revenue by aggregation of audiences and reduce costs via shared services.

On 2 December 2019 the Company announced that it was contemplating several acquisitions and had approached JPI Media Limited following speculation about the sale process for its regional titles. Since that date there have also been discussions involving several potential acquisitions, some of which are ongoing.

On 2 January 2021 the Company will complete the acquisition JPI Media Publishing Limited ("JPI") and its subsidiaries ("JPI Group") from JPI Media Limited.

The JPI Group is the third largest publisher of regional newspapers and websites in the UK with over 100 newspapers including 13 daily newspapers. Iconic brands and websites include: The Scotsman, The Yorkshire Post, Belfast News Letter, Sheffield Star, Edinburgh Evening News, Portsmouth News and Lancashire Evening Post.

In the year ending 2 January 2021 the JPI Group will have estimated revenues of GBP85 million and EBITDA (before exceptional costs) of GBP6 million. Estimated digital revenue for the period to 2 January 2021 is GBP17 million.

The business will be acquired with no debt and has no historic defined benefit pension obligations.

Reasons for the acquisition of the JPI Group

JPI Group provides a portfolio of iconic brands spanning across the UK, which provides a strong base from which to implement the National World strategy of creating a modern platform for news publishing with a new operational model supporting local sites across the entire UK.

Financing for the acquisition of JPI

National World is acquiring JPI for a total consideration of GBP10.2 million. The consideration is to be satisfied by GBP5.2 million in cash at completion and two deferred payments of GBP2.5 million each on the 31 March 2022 and 31 March 2023.

- on conversion the loan note holders are entitled to receive a bonus payment equal to 10% of the amount of loan notes subscribed for, payable in ordinary shares in the Company at 11p per ordinary share.

Conversion of the loan notes are conditional, inter alia, upon:

- admission of the ordinary shares to trading on the Official List of the London Stock Exchange.

The GBP8.425 million of loan notes issued in December 2020 were subscribed for by shareholders of National World. The Company intends to make further issues of loan notes (on the same terms) to provide further capital for its strategy in advance of re-admission of the ordinary shares to trading on the Official List of the London Stock Exchange and may also consider a further issue of ordinary shares at that time.

The loan notes have been subscribed for by:

- Mediaforce (Holdings) Limited ("Mediaforce") a company controlled by Malcolm Denmark, GBP6 million. As part of the agreement to subscribe for loan notes the Company has agreed that Mediaforce may appoint two directors to the board of National World if they have a shareholding of more than 20%; and

Changes to the Board of Directors

Daniel Cammiade is the chief executive of Tindle Newspapers Limited. National World confirms that there is no further information to be disclosed under the requirements of Listing Rule 9.6.13 in relation to the appointment of Daniel Cammiade.

Trading in the ordinary shares

Trading in the ordinary shares has been suspended since 2 December 2019. For trading to resume the Company will be required to publish a prospectus, prepared in accordance with the Prospectus Regulation Rules, and setting out information on the JPI Group, the loan notes and any further issue of ordinary shares.

The Company anticipates that it will publish a prospectus and that trading in the shares will resume in early April 2021. The Prospectus will be available at the Company's website (https://www.nationalworld.com) as soon as practicable following its publication.

The Company intends to convene a general meeting prior to the publication of a prospectus to pass resolutions to approve:

Expected Timetable for issue of Prospectus 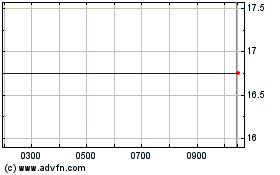