The Company announces that the mask making machine at its subsidiary, Pharm 2 Farm Ltd ("P2F"), in BioCity, Nottingham, is operational and ready to produce the 4-ply anti-viral mask created by P2F.

As previously announced the maximum production capacity of the machine was expected to be around 5 million masks per month, based on the machine being operated for 24 hours per day and 7 days per week. The current production rate is significantly below these levels and the commissioning process has identified a number of issues that need to be resolved over the coming weeks in order to improve the machine's productive capacity. The Company is in discussions regarding the appointment of an independent adviser to assist P2F with the development of the production facility, including building up the production team to operate a single shift and enabling a gradual increase from the current limited level of production to commence, and to undertake a review of the best routes for exploiting the anti-viral mask technology. This is expected to be confirmed in the near future. The Company will provide further updates as it progresses these goals in due course.

Alongside the commissioning process, P2F has been working to source the necessary raw materials to satisfy the requirements for ongoing mask production. Despite the significant worldwide demand for some of the materials used in the manufacture of P2F's 4-ply surgical mask, the Board is pleased to report that the team has secured the key raw materials for the next few months.

Due to the Board's decision to focus on maximising the immediate potential on bringing the 4 ply anti-viral mask into production, the development of a 5-ply mask has currently been put on hold.

P2F's original focus was on prospects in the agri-tech sector, and this remains an area of particular interest and opportunity. However, the mask development has opened up a number of new sectors that could benefit from P2F's technology. In addition, opportunities to create shareholder value exist in both of the Company's other subsidiaries; CloudVeil and Gyrometric.

With the mask machine now operational the Company has embarked on a strategic review of each of its three subsidiaries (the "Strategic Review"). The purpose of the Strategic Review is to identify how to employ the funds raised last year to focus on and develop the most attractive opportunities among the large number now presenting themselves, alongside the investment that has been required to manufacture masks.

The intention is to complete the Strategic Review prior to the announcement of the Company's audited accounts for the year to 31 December 2020.

The Company also announces a number of changes to the Board. Trevor Brown and Alex Vergopoulos have both agreed, subject to entering into settlement and other necessary agreements, to step down from the Board and its subsidiaries and the Company intends to appoint Dr. Gareth Cave as a non-executive director, subject to the Company's nominated advisor undertaking its normal due diligence exercise which will be completed as soon as practicable. The Board is also looking to appoint another independent non-executive director, preferably with a strong scientific background, in the near future. Following completion of the Strategic Review, the Company will look to appoint an appropriate CEO to implement the revised strategy. In the intervening period, Antony Legge will become Executive Chairman on an interim basis.

Changes are also being made within P2F, with Dr. Cave becoming Chairman and Obi Ezenwa becoming Managing Director subject to the terms of their appointment being agreed. Mr Ezenwa was initially employed as consultant by P2F, for which he was awarded 10 million shares as announced on 16 November 2020. Mr Ezenwa will be responsible for leading the development of P2Fs technology into new areas.

The Company has agreed to issue Trevor Brown with 8 million shares in place of his remaining 14.8m options and the director fees that he would have been entitled to had Trevor stayed until the annual general meeting later this year, at which he had previously agreed to step down.

The Company has also agreed pay FortOak Rolls Limited (a company wholly owned by Alex Vergopoulos and part of the FortOak group of companies ("FortOak")) a sum of GBP150,000 and provide Alex with 8 million shares and options over a further 7 million shares (the "Options") in recognition of the work, and related expenses, that Alex and the team at FortOak have provided in bringing the machine into operation and securing raw material supplies. The 8 million shares will be issued to Ordian Limited, a company wholly owned by Alex Vergopoulos. The Options will have an exercise period of three years and the exercise price will be set as the closing price on the day of this announcement. The Company and FortOak are also looking to enter into a distribution agreement as one of a number of routes to market being explored by the Company.

Lastly, the Company has agreed to issue John Richardson with 5 million shares in recognition of his work supporting the Company and P2F over the last year and his salary sacrifice taken in 2020. John has also played a key role in providing the finance function for the Company during this time.

Following the issue of New Shares, their holdings will be as follows:

As Directors of the Company, Trevor Brown, Alex Vergopoulos and John Richardson are considered to be "related parties" under the AIM Rules. Accordingly, the issue of New Shares, the grant of the Options and the payments to FortOak constitute related party transactions for the purposes of Rule 13 of the AIM Rules.

Application has been made for the admission to trading on AIM of the 21 million New Shares with dealings expected to commence on or around 24 February 2021.

Following the issue of the New Shares, the Company's issued share capital will consist of 2,073,071,986 ordinary shares of 0.01 pence each, none of which are held in treasury. This figure may be used by shareholders in the Company as the denominator for the calculations by which they will determine if they are required to notify their interest in, or a change in their interest in, the share capital of the Company under the FCA's Disclosure Guidance and Transparency Rules.

Antony Legge, Interim Executive Chairman of RMS, said; "The dedication and commitment of the team at P2F in bringing this innovative, anti-viral mask into production in the UK cannot be underestimated. It has been a steep learning curve for all involved and the team deserves to be commended.

"The Board welcomes Obi as the new Managing Director of P2F and thanks both Trevor and Alex for their part in bringing the Company and P2F to where it is today - Trevor, as the original architect of the strategy that saw P2F being brought into the Company, and Alex, who has been responsible for bringing the machine into operation, securing supplies of key materials and identifying potential sales channels. Through their efforts, we now have a well-funded operation coupled with a dynamic and enthusiastic team, led by Obi, that is ready to move forward with the next stage of P2F's development." 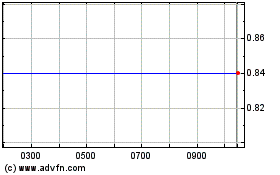