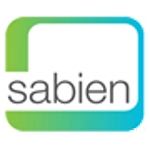 This announcement contains inside information as stipulated under the UK Market Abuse Regulations ("MAR").

Placing and Notice of General Meeting

The Board of Sabien is pleased to announce a proposed fundraise of GBP450,000 through the issue of 418,604,651 new ordinary shares in the Company ("Placing Shares") to Richard Parris, the Company's Executive Chairman.

-- The Placing Price is equivalent to the Company's closing mid-market price on 2 February 2021, being the day prior to this announcement.

-- The Placing Price represents a premium of 115% to the conversion price of 0.05p for the GBP1.25 million of convertible unsecured loan notes ("CULs") issued and announced on 19 January 2021;

-- The combined CULs issue and the Placing provide the Company with a strong balance sheet to enable it to execute its strategy;

Background to the Placing

In addition, the Company announced the issue of 2,500,000,000 warrants to subscribe for Ordinary Shares in the Company at a price of 0.1p per warrant (the "Placing Warrants"). The Placing Warrants were granted to the holders of the CULs on a pro rata basis and may be exercised until 19 January 2022.

The Company is proposing to raise an additional GBP450,000 through a placing of 418,604,651 Ordinary Shares with Richard Parris, the Executive Chairman of the Company, via the Company's Broker, Peterhouse Capital Limited at 0.1075p per share. It is intended that the proceeds from the Placing shall be used to provide further resources to enable the Company to execute its green technology strategy as previously announced. In addition, the Company shall issue 418,604,651 warrants to subscribe for Ordinary Shares in the Company ("Further Warrants") to Richard Parris.

The principal terms and conditions of the Further Warrants are as follows:

Application for admission to trading

Application will be made to the London Stock Exchange for admission of the Placing Shares to trading on AIM ("Admission"). It is expected that Admission will take place at 8.00 a.m. (London time) on or around 24 February 2021 and that dealings in the Placing Shares on AIM will commence at the same time. Admission is conditional upon, among other things, the relevant resolutions being duly passed at the General Meeting.

The Company will shortly post a circular to Shareholders, which will provide further details of the above matters and include a notice convening the General Meeting. The General Meeting is to be held by videoconference at 10.00 a.m. on 22 February 2021 at which the Resolutions will be proposed.

Executive Chairman, Richard Parris, said: "Subject to shareholder approval, I am delighted to make a significant investment into the Company. The Board has ambitious plans for the rapid expansion of the business and the cash reserves we have now secured will kick-start this growth. " 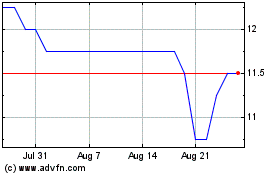 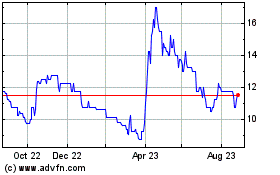 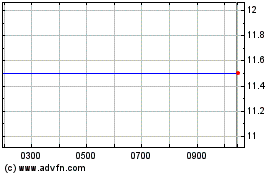