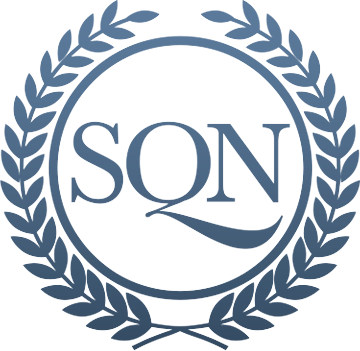 Further to the announcement on 14 July 2020, the Board of Secured Income Fund plc (the "Company"), has today published a circular to shareholders (the "Circular") in relation to recommended proposals for a managed wind-down of the Company and related matters.

The Circular includes notice of a general meeting which will be held at the offices of Dickson Minto W.S., 17 Charlotte Square, Edinburgh EH2 4DF at 3.00 p.m. on 17 September 2020 (the "General Meeting"). Resolutions will be put to the Company's shareholders to seek their approval of the Proposals at the General Meeting.

On 19 June 2020, the Company held a continuation vote (the "June 2020 Continuation Vote") which, in line with the Directors' recommendation, did not pass. This vote was required under the Articles as the Company did not have a Net Asset Value of at least GBP250 million as at 31 December 2019. As this vote did not pass, the Directors are required under the Articles to convene a further general meeting of the Company to be held within 90 days of the date of the failed vote to consider a special resolution to approve the voluntary winding up or other reconstruction of the Company.

The purpose of the Circular is therefore to set out details of the Board's recommended proposals in relation to the future of the Company and to convene a general meeting as required under the Articles. In particular, the Circular sets out details of, and seeks Shareholders' approval of, the proposals relating to:

1. the Managed Wind-Down of the Company and associated amendments to the Company's Investment Policy and Investment Objective; and

Background to and reasons for the Proposals

In order to do this, the Company is seeking Shareholder approval to replace the Investment Objective and Investment Policy with the New Investment Policy set out in Part 2 of the Circular and to approve the Managed Wind-Down in accordance with the continuation vote provisions of the Articles. If approved, the Board will endeavour to realise all of the Company's investments in a manner that achieves a balance between maximising the net value received from those investments and making timely returns to Shareholders.

The weighted average maturity of the Company's loan book is 2.89 years, with the longest maturity being 5.65 years. The Company cannot demand early repayment of these loans (except in the event of a borrower default) and has to await the repayment of the loans in accordance with their terms. Further, the Board is aware that one of the effects of the Coronavirus pandemic will be that many borrowers seek to extend the maturities, or amortisation periods, on their loans and/or request additional facilities as borrowers respond to the impact of the pandemic on their operations. The Company will need to consider providing such facilities, even during a Managed Wind-Down, to preserve the value of loans already advanced. Accordingly, there can be no certainty as to the value or timing of the returns Shareholders will receive as a result of any Managed Wind-Down process or other form of reconstruction.

The Board is also seeking Shareholder approval to amend the Articles to remove the discount continuation vote provision.

Mechanics for returning cash to Shareholders

The Board has carefully considered the potential mechanics for returning cash to Shareholders and the Company's ability to do so. The Board believes it is in the best interests of Shareholders as a whole to make distributions to Shareholders without a significant delay following realisations of a material part of the Portfolio (whether in a single transaction or through multiple, smaller transactions concluded on similar timing). In the Board's view, making distributions by way of a declaration of dividends has the benefit of being faster, providing a more regular return (as opposed to simply waiting to return all available amounts on a liquidation) and being more cost effective to administer than other mechanisms, such as a tender offer or B share scheme, although the Board notes that returning investment principal by way of a declaration of dividends may not be the most tax efficient method of returning monies to investors who are UK tax resident individuals. However, the Board may consider making tender offers for Shares in the future although Shareholders should have no expectation that this will be the case.

The Board intends to move to making quarterly dividend payments (as opposed to monthly dividend payments) for the time being but will keep this under review. It may become more appropriate in future as the size of the Company declines to instead make payments by way of ad-hoc special dividends, when appropriate, during the course of the Managed Wind-Down process so that the Company is able to return available cash to Shareholders as soon as reasonably practicable after cash becomes available in the Portfolio. The Company will also look to structure its dividend payments to maintain investment trust status for so long as it remains listed.

The Directors believe that being prescriptive as regards the timeframe for realising the Company's investments could prove detrimental to the value achieved on realisation. Therefore, it is the Board's view that the strategy for the realisation of the Company's investments will need to be flexible and may need to be altered to reflect changes in the circumstances of a particular investment or in the prevailing market conditions. In seeking to realise the Company's investments in an orderly manner, the Directors will aim to achieve a balance between maximising their net value and progressively returning cash to Shareholders. In so doing, the Board will take account of the continued costs of operating the Company. The capacity to trade in the Ordinary Shares will be maintained for as long as the Directors believe it to be practicable and cost-effective during the Managed Wind-Down period.

Once all, or substantially all, of the Company's investments have been realised, the Company will, at an appropriate time, seek Shareholders' approval for it to be placed into members' voluntary liquidation.

Part 2 of the Circular sets out the New Investment Policy in full.

Shareholder approval under the Articles

As stated above, as the June 2020 Continuation Vote did not pass, the Directors are required under the Articles to convene a general meeting of the Company to be held within 90 days of the date of such vote to consider a special resolution to approve the voluntary winding up or other reconstruction of the Company. The Directors are therefore seeking Shareholder approval for the Managed Wind-Down proposals in accordance with Article 190.3 of the Articles.

The Board has agreed the following amendments to the Investment Management Agreement between the Company and KKV.

a. for the 12 month period following the Amendment Date (being the date of the General Meeting), to 0.75 per cent. per annum of the Company's Net Asset Value; and

3. The introduction of an outperformance fee. Under the terms of the amended Investment Management Agreement, KKV will be entitled to an 'outperformance fee' equal to 10 per cent. of all Funds Returned to Shareholders in excess of the Benchmark NAV within the 12 month period from the Amendment Date, such sum reducing to five per cent. in respect of Funds Returned within 12 to 24 months following the Amendment Date.

4. Effective from the first anniversary of the Amendment Date, there will be a reduction in the notice period applicable to termination of the Investment Management Agreement by either party from 12 months to 4 months.

Amendment to the Articles of Association

The Articles contain provisions which require the Board to put a continuation resolution to Shareholders in circumstances where the Ordinary Shares have been trading at a daily discount to Net Asset Value of greater than ten per cent. for a period of three consecutive months.

It is proposed that current Article 190.2 is removed in its entirety. The Board believes that removing this provision will avoid unnecessary cost being incurred by the Company while the Managed Wind-Down is being implemented. It is probable that should the Company enter a Managed Wind-Down, the Ordinary Shares will trade at a sustained discount such that the continuation vote trigger under the Articles may be triggered at regular intervals during the Managed Wind-Down period. If Shareholders vote in favour of the adoption of the New Investment Policy (which will effectively culminate in the discontinuation of the Company) there is little justification to hold periodic continuation votes. The Board believes the adoption of the New Investment Policy effectively renders Article 190.2 redundant and therefore the Board proposes that it is removed from the Articles of Association.

Benefits of the Proposals

The Directors believe, having taken into account the views of a number of Shareholders, that the Proposals are in the best interests of Shareholders as a whole and should yield the following principal benefits:

-- implementing a managed and orderly disposal of investments should maximise the value to be realised on the sale of the Company's assets and, therefore, returns to Shareholders; and

-- the Proposals will allow cash to be returned to Shareholders in a cost-effective and timely manner (by way of such mechanisms as the Directors consider, in their discretion, are in the best interests of Shareholders as a whole from time to time).

The Proposals are subject to the approval of Shareholders, and the Notice of General Meeting at which Resolutions to approve the Proposals will be considered is set out in the Circular.

Resolution 1, which will be proposed as an ordinary resolution, seeks authority to adopt the New Investment Policy.

Resolution 2, which will be proposed as a special resolution, seeks the approval of Shareholders, in accordance with Article 190.3 of the Articles of Association, for the Managed Wind-Down to be implemented.

Resolution 3, which will be proposed as a special resolution, seeks authority to amend the Articles of Association.

The General Meeting has been convened for 3.00 p.m. on 17 September 2020 to be held at the offices of Dickson Minto W.S., 17 Charlotte Square, Edinburgh EH2 4DF. In the light of the Coronavirus pandemic and associated Government guidance, including the rules on physical distancing and limitations on public gatherings, Shareholders are strongly discouraged from attending the General Meeting and indeed entry will be refused if the law and/or Government guidance so requires. The Company will make arrangements to ensure that the minimum number of Shareholders required to form a quorum will attend the General Meeting in order that the meeting may proceed. The Board considers these revised arrangements to be in the best interests of Shareholders in the current circumstances.

The Board strongly encourages all Shareholders to exercise their votes in respect of the General Meeting in advance by completing and returning the Form of Proxy enclosed with the Circular. In addition, CREST members who wish to appoint a proxy or proxies through the CREST electronic proxy appointment service may do so for the General Meeting by using the procedures described in the CREST Manual (available via www.euroclear.com/CREST ). This should ensure that your votes are registered in the event that physical attendance at the General Meeting is not possible or restricted.

A copy of the Circular has been submitted to the Financial Conduct Authority and will be available for inspection at the National Storage Mechanism which is located at https://data.fca.org.uk/#/nsm/nationalstoragemechanism and on the Company's website at www.kkvim.com/secured-income-fund .

Terms used in this announcement shall have the same meaning as those used in the Circular. 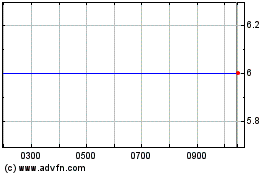