The High Court found at first instance wholly in favour of Carey Pensions LLP ("Carey"), with Mr Adams' claims against Carey being dismissed on all grounds. However, the Court of Appeal granted Mr Adams permission to appeal. The appeal was heard remotely by video-conferencing between 2 and 4 March 2021.

The key facts/background to the case are as follows:

-- Mr Adams instructed Carey to purchase, via his SIPP, a number of storage units from Store First.

-- Carey is a pensions administrator which does not provide advice, or hold permissions to provide advice, and therefore carried out the transaction on an execution-only basis as instructed.

-- Mr Adams' investment in Store First did not perform as he had expected, which resulted in Mr Adams bringing a claim against Carey seeking damages.

Mr Adams' appeal concerned primarily two causes of action (with the allegations that Carey was a joint tortfeasor, which was unsuccessful at first instance, being dropped before the appeal). Mr Adams alleged:

1) that under the FCA's Conduct of Business Sourcebook rules (COBS) 2.1.1, Carey had failed to act fairly, honestly and in accordance with the best interests of its client; and

2) that, given the unregulated introducer 'advised' Mr Adams to purchase the investment, transfer his pension and establish the SIPP, and the introducer 'arranged' the underlying investment, without the necessary permissions and therefore in breach of the general prohibition under s.19 of FSMA, that under section 27 of the Financial Services and Markets Act 2000, Mr Adams' agreement with Carey should be unwound, and Carey should provide relief to Mr Adams.

The judgment by the Court of Appeal was handed down this morning (the "Judgement").

The Judgement dismissed Mr Adams' appeal in the COBS claim - such that the initial judgment in Carey's favour at first instance remains, but upheld Mr Adams' appeal in the section 27 FSMA claim. Given the judgment upheld the section 27 claim, it was necessary for the Court to consider section 28, which effectively operates as a defence to section 27. The Court of Appeal disagreed with the initial judgment that found that even if section 27 had applied that the Court would have exercised its discretion under section 28, such that the transactions would stand. Instead, the Court of Appeal ordered the transactions to be unwound with Carey to compensate Mr Adams accordingly. The level of that compensation is to be determined by the Court following a further separate hearing.

At the time of acquiring Carey pensions in February 2019, STM announced that it "noted that Carey Pensions was party to a high profile Court case (the 'Adams' case). STM has secured indemnities and the benefit of significant existing PI cover from the sellers and considers any residual exposure to this and any other historic industry issues, to be minimal". The appeal judgment does not change that position, with any cost excesses of the policy having previously been expensed within the normal course of business.

A concise summary of the Court of Appeal judgment, prepared by Eversheds Sutherland, who acted as the lawyers for Carey, can be found at - https://www.eversheds-sutherland.com/global/en/what/articles/index.page?ArticleID=en/Financial-services-and-dispute-investigation/A_swift_judgment_in_the_appeal_in_Adams_Options_UK_Personal_Pensions_LLP .

" Clearly the overall Judgment is disappointing from our point of view, but it has helped to provide clarity in relation to our undertakings and obligations to COBS and, in particular, that the scope of COBS must be considered through the lens of the individual contractual arrangements with customers. This remains welcome guidance for both STM as well as the SIPP and more general Financial Services industry as a whole.

"The context of interpretation of section 27, and arguably the limitations given to section 28 of FSMA by the Court of Appeal will have far-reaching implications as to how financial services providers will interact with introducers and consumers in the future. It appears that this marks a shift of emphasis on consumer protection, such that individuals are not accountable for their own actions, and this may well limit market choice and competitiveness, and could be seen as a significant point of public interest.

"We believe that our Options SIPP business is well insulated with extensive insurance protection. Carey will now need to sit with its advisers to consider what next steps to take whilst clearly abiding by the terms of the Order."

"We are disappointed to have received this Judgment in relation to Section 27, and even more so that the various factors in Carey's favour - the rigorous framework that Carey had put in place, and which was specifically highlighted by the judge at first instance, that Carey was not aware that the unregulated introducer was acting in breach of the general prohibition and terminated its relationship when it did become aware, and Mr Adams' contribution to his own loss - were not sufficient for the Court of Appeal to exercise its discretion under Section 28.

"Whilst the findings of Section 27 will always relate to fact specific scenarios, in the context of the SIPP provider environment generally, as well as the wider UK Financial Services industry, any clarity and additional guidance is welcome and needed. Mr Adams brought a novel claim under s.27 FSMA, in respect of which there was no existing case law, and which failed at first instance. Invariably all UK regulated businesses will need to consider their procedures and policies, and the potential implications of dealing with any unregulated third-party that could be deemed to be caught in what is under the judgment, the very broad and encompassing acts of "making arrangements" and "advising".

"Importantly, and as expected, the Court of Appeal upheld the judgment of first instance that Carey had met its obligations under the Conduct of Business principles (COBS 2.1.1). This means that HHJ Dight's approach to determining the scope of COBS rules remains good law."

The information communicated in this announcement is inside information for the purposes of Article 7 of Regulation 596/2014.

STM is a multi-jurisdictional financial services group which is listed on the AIM Market of the London Stock Exchange. The Group specialises in the delivery of a wide range of financial service products to professional intermediaries and the administration of assets for international clients in relation to retirement, estate and succession planning and wealth structuring.

Today, STM has operations in UK, Gibraltar, Malta, Jersey and Spain. The Group is looking to expand through the development of additional products and services that its ever more sophisticated clients demand. STM has developed a specialist international pensions division which specialises in SIPPs, Qualifying Recognised Overseas Pension Schemes (QROPS), Qualifying non UK Pension Schemes (QNUPS). STM has two Gibraltar life assurance companies which provide life insurance bonds - wrappers in which a variety of investments, including investment funds, can be held.

Further information on STM Group can be found at www.stmgroupplc.com 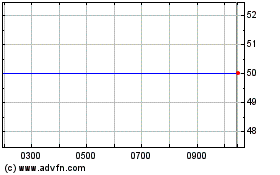